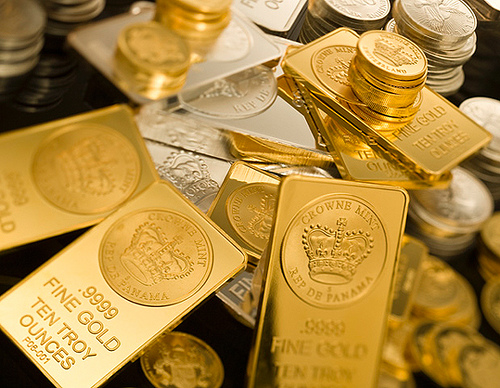 As the price of silver has fallen over the past couple of years, most mining companies that focus on silver have not been able to make a profit at the current price. This has gotten so bad that we have begun to see mine closers, notably Golden Minerals’ (AMEX:AUMN) Velardenia mine in Mexico. I think this bodes well for the future price of silver, which must go up if mining companies are to have any incentive to continue to mine it.

But this may not happen any time soon — markets can remain irrational for a very long time. As a result, there are many mining companies that are at risk of losing money, shutting down their operations, or even filing for bankruptcy. Therefore, investors who want to own shares in a mining company in order to benefit from the rise of silver prices should look at companies that can turn a profit, even at $20/ounce.

The most obvious choice is First Majestic Silver (NYSE:AG), which operates several low-cost mines in Mexico. But while First Majestic Silver is an excellent company, it is fairly well-known, and consequently, a lot of the value is baked into the stock price. To really take advantage of low silver prices we need to dig deeper, and the company that comes to mind is Avino Gold & Silver Mines (NYSEMKT:ASM).

Avino has been around for a long time. In fact, it was one of the winners in the gold and silver bull market of the 1970s. However, it languished during the bearish years and by 2000, it ceased production at its Avino mine at the turn of the century due to a low silver price. But with prices rising, especially since the 2007-8 financial crisis, Avino decided to start operating its mine again, and production began towards the end of 2012.

Avino has done an excellent job of increasing production and lowering costs. As a result, it has been able to turn a profit even with silver at $20/ounce. Silver production in 2013 reached 700,000 ounces for a company with a valuation of $48 million (this includes the shares that will be issued with the coming secondary offering that was announced at the end of last year.) This means that investors are paying just $69/ounce of annual silver production. By comparison, investors are paying $119/ounce of production from First Majestic Silver. Furthermore, Avino has a lot of gold production, which means that investors are paying just $53 for each silver equivalent ounce produced in 2013.

Not only is the company inexpensive relative to current production, but it has big expansion plans. Right now, it is only mining one part of its Avino property — the San Gonzalo vein. This is a secondary part of the property. The main part — the Avino vein — has infrastructure in place from when the mine used to operate before it was shut down, and it should go into production later this year adding over one million ounces of production annually — and potentially much more. While this will cost money that the company has to raise, it is still extremely inexpensive relative to the amount of silver it will be producing by the end of the year.

Furthermore, there is another part of the Avino property — the tailings zone — that is scheduled to go into production in 2016. This should have a lower cost per ounce of production than the San Gonzalo vein. Right now, it is valued at over $30 million, which is well over half of the company’s current valuation.

This is an excellent story, and while investors have bid up the shares as of late, I think there is much more upside. This is upside can be dramatic given that there are only around 30 million shares outstanding, and given that investors have begun to show interest in silver mining companies.

Before buying shares in Avino, investors should consider the following risks. First, the company has not released details regarding production at its Avino vein. This means that there is a chance that it will have high production costs that make it unprofitable at $20/ounce silver. Second, Avino is a very small company with a valuation of only $48 million. This means that many investors and institutions will avoid the shares and so demand could remain subdued.

Finally, the company doesn’t have any silver reserves. It only has silver resources, which means that the possibility that any of its resources can be profitably mine has not been formally demonstrated. Therefore it is possible that 2013’s strong performance was a fluke, and Avino shares could fall substantially.

Ultimately, I think investors should seriously consider a position in Avino, but it should be relatively small, and they should diversify into other mining companies, and into silver bullion either through coins or ETFs.