Why Big Pharma May Not Be Cashing in on Medical Marijuana 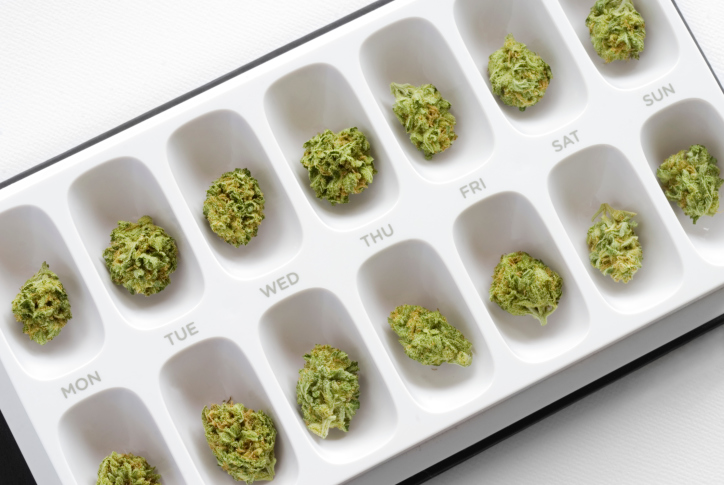 Prohibition against marijuana seems to be soon nearing an end, partially motivated by Colorado’s tax windfall since its passage of Amendment 64, reporting over $3.5 million in revenue for February from recreational and medical dispensaries alone. Attorney General Eric Holder stated on Friday he is willing to discuss downgrading marijuana from its current status as a Schedule I drug and Maryland is poised to be the latest state to decriminalize small amounts of possession. As international healthcare giants Bayer and Novartis (NYSE:NVS) see its profit potential rise from its distribution partnerships with GW Pharmaceuticals (NASDAQ:GWPH), maker of cannabinoid-based nasal spray Sativex, why haven’t major American pharmaceutical companies joined the “green rush?”

While Sativex is still in Phase 3 testing with the FDA and not yet available in the U.S. (it has inked a deal for future domestic distribution through Japanese pharmaceutical company Otsuka), it is currently approved for use in 23 other countries. Two other cannabinoid-based drugs, Marinol and Cesamet, have been prescribed for years to combat nausea brought on by chemotherapy, but neither have caused as much of a market stir as Sativex has. Shares of GW Pharmaceuticals have gone through the roof this year, with a current valuation of $923 million despite sluggish 2013 sales. Additional buzz surrounding GW’s anticipated release of Epidiolex, a cannabidiol-based oil used to treat a type of childhood epilepsy, into the U.S. market later this year helped the company raise $90 million for research and development on the NASDAQ back in January.

In a further policy shift, two historically conservative states, Utah and Alabama, both signed laws into effect last week that allow for cannabidiol-based oils such as Epidiolex to be prescribed as a treatment for children suffering from pediatric epilepsy. GW has announced it will dedicate further research into Type 2 diabetes and schizophrenia.

So far, U.S.-based major pharmaceutical companies have been mostly silent on the subject of any future plans to dedicate research and development into the medicinal uses of cannabinoids. As was first revealed by Cynthia Cotts in her 1992 piece for The Nation, healthcare heavyweights have long contributed to drug prevention non-profit Partnership for a Drug Free America, whose 2012 donor list included such corporations as Pfizer, Johnson & Johnson, and Merck. If approved, Sativex will be in direct competition with Rebif, manufactured by Serono, a Merck subsidiary, and Pfizer. If Epidiolex passes FDA trials, it will compete with Johnson & Johnson’s Topamax. Johnson & Johnson voluntarily recalled 57,000 bottles of the drug in 2011 due to an odor and has recently been repeatedly found liable in a series of Topamax related birth defect cases.

If GW’s research into cannabinoid-based Type 2 diabetes medications should prove successful, it would fight for U.S. market share with Januvia and Janumet, both manufactured by Merck as well as Glucotrol, sold in the U.S. by Pfizer. Any possible medications arising from GW’s research of schizophrenia treatment would compete with anti-psychotics such as Saphris (Merck), Navene (Pfizer), and Geodon (Pfizer.)

Another possible explanation for why major U.S. pharmaceutical corporations have not announced any investigative research into cannabinoid-based treatments is that it may not have the right to profit off of it. In 2003, Patent no. 6,630,507, allowing for cannabinoids as antioxidants and neuroprotectants, was assigned to the Department of Health and Human Services. In 2012, NY-based KannaLife Sciences began claiming exclusive rights to cannabinoid commercialization for oxidative use had been transferred to it. However, the National Institute of Health’s Office of Technology Transfer currently has the cannabinoid receptor licensing opportunity listed as available on its site.