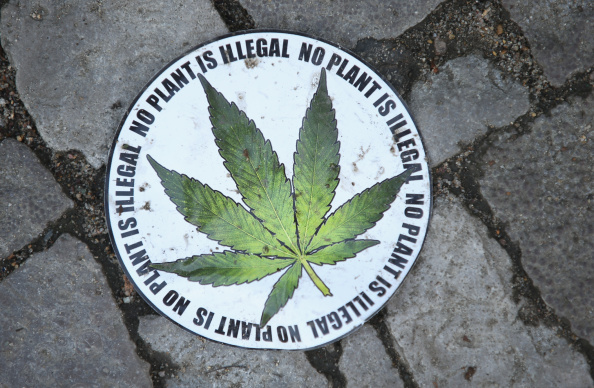 On the heels of a recent bill proposal, that would finally give medical marijuana federal legalization, it’s important to take a step back and see how we got here. Medical marijuana has operated in a gray area for years now — legalized by individual states — but has been a major target of federal government drug enforcers, like the Drug Enforcement Agency (DEA). Recently, the Hinchey-Rohrabacher Amendment, an attachment to the federal government’s $1 trillion spending bill, stopped federal agencies, like the Department of Justice, from going after medical marijuana markets in states that have legal communities.

“None of the funds made available in this Act to the Department of Justice may be used,” the amendment reads, “to prevent such states from implementing their own state laws that authorize the use, distribution, possession, or cultivation of medical marijuana.”

The amendment was attached to the spending bill, which has come under heavy fire from voices on all sides of the aisle, it is a significant step toward ending federal prohibition of cannabis. It’s a huge win for medical marijuana patients and those working within established, legal markets, which have been raided by federal agents for years.

“For the first time, Congress is letting states set their own medical marijuana and hemp policies, a huge step forward for sensible drug policy,” stated Bill Piper, director of the Drug Policy Alliance’s office of national affairs, according to SFGate.com. “States will continue to reform their marijuana laws and Congress will be forced to accommodate them. It’s not a question of if, but when, federal marijuana prohibition will be repealed.”

While the gravity of that amendment’s victory can’t be understated from the patient’s point of view, it was also great news for entrepreneurs and those who keep the medical markets alive. Dispensary and medical marijuana access point owners, along with growers and processors, had long been running scared of being raided by federal agents, and it’s come at an economic toll. Not only that, but the threat of legal action from the federal government has also kept other industries, like banking, at bay.

The new rules — and the new proposed ones — open things up substantially, and could ultimately end up being a huge boost for a number of businesses across the economy.

If banks are finally no longer scared of entering the market, it may inspire other investors to get in as well. Of course, marijuana is fully legal in four states now, as well as in Washington D.C. (although that could face some legal issues), so there is the opportunity for those interested to put their money to work. But now that the federal government has finally decided to leave at least a part of the cannabis markets alone, it could spur some economic action.

“The conflicting nature of state and federal marijuana laws has created an untenable situation,” said Oregon congressman Earl Blumenauer, according to The Huffington Post.”It’s time we take the federal government out of the equation so medical marijuana business owners operating under state law aren’t living in constant fear of having their doors kicked down in the middle of the night.”

Quantifying the size of the medical marijuana market — which is active in 22 states — is difficult due to the fact that it operates almost entirely under the radar, away from government eyes. With that in mind, it’s hard to say what kind of economic spikes we can expect as a result of these new laws. We can, however, look at Washington and Colorado, who have had their legal markets in operation for some time now. Both have pulled in millions of dollars in revenues, with millions more going to state budgets from taxation.

If these results are any indication of what the medical markets may be like (they are likely bigger in some cases), then there is tremendous potential for the economy.

The new laws do fall short of a full repeal of marijuana prohibition, which would likely call for officials rescheduling marijuana as something other than a Schedule 1 substance (the proposed bill would have it rescheduled). But it’s a strong, confident step in the right direction. With relatively little to gain from continuing the drug war, policy makers are evidently finally siding with changing public opinion.

“More states are on this way later this year and in 2016, and it’s clear that more politicians are beginning to realize that the American people want the federal government to stop standing in the way,” Marijuana Majority chairman Tom Angell said, according to Vice. “If any political observers weren’t aware that the end of the war on marijuana is nearing, they just found out.”