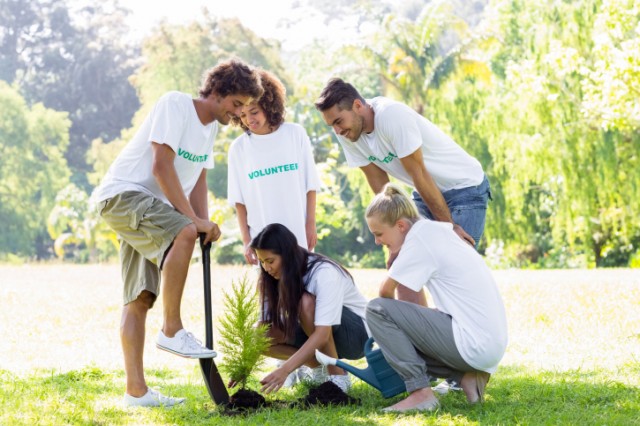 From lab42’s findings, a whopping 84 percent of respondents answered that they would be willing to pay more for goods or services from brands that they deemed to be socially responsible. Not only that, but 57 percent said that they think companies are starting to take its roles in communities more seriously, and that companies today are more socially responsible than just three years ago. That means that businesses are either taking consumers’ concerns to heart, or it’s simply doing a better job of broadcasting its current efforts.

The big question, of course, is what exactly does ‘social responsibility’ refer to in terms of this study? From lab42’s findings, it boils down to three major things: a firm’s tendency to be environmentally friendly, engaging in employee-friendly practices and workplace habits, and offering quality products or services. Some interesting details from the study show that people tend to view tech companies as more socially responsible, while they view businesses in the financial and energy sectors in a less favorable light.

Another juicy tidbit concerned retail giant Wal-Mart, which had polarizing results. Some respondents viewed the company as being socially responsible, while others see them as exactly the opposite. While it’s unclear what factors played into such a staggered opinion of the company overall, it’s interesting to see just how varied the company’s overall image is among the general public.

In order to gather their data, lab42 interviewed 500 respondents, split equally between male and female from across the country. Interviews spanned four days this past August, and only included adults over the age of 18.

As far as what companies people actually view as being positive forces in the economy and community, the graph above does a fine job of visualizing the data. The top five brands that have been deemed as most socially responsible include some names many people would expect, like Google, Walgreen’s, Whole Foods, Coca-Cola, and Apple. Perhaps the only real big surprise from that list is Coca-Cola — although the company has done a good job of marketing its charitable and environmental efforts over the past several years.

When it comes to which companies people did not view favorably, there really isn’t a surprise in the bunch. Headlined by British Petroleum, the list also includes the ever-polarizing Wal-Mart, Bank of America, McDonald’s, and JPMorgan Chase. If this study had been done, say, five or six years ago, it would be interesting to see how this list could have changed. Obviously, BP suffered huge public relations setbacks after the oil spill in the Gulf of Mexico in 2010, and Bank of America and JPMorgan Chase also saw stiff public backlash after the financial crisis.

There were also some interesting comparisons between different companies operating within the same industry. For example, while 39 percent of respondents viewed BP unfavorably, its counterpart in the energy business, Shell, only tallied up to 28.4 percent. Still, that’s more than a quarter of people expressing an unfavorable view, but BP still has a considerable edge.

Likewise in the retail industry, Wal-Mart was viewed unfavorably by more than a third of respondents. Target, on the other hand, was viewed unfavorably by only 18 percent. Wal-Mart’s reputation for having a negative impact on small business, unfair treatment of employees, and overall effects on the economy likely played a big role in these results, whereas Target makes its charity efforts widely known and doesn’t suffer from the same sort of stigma. 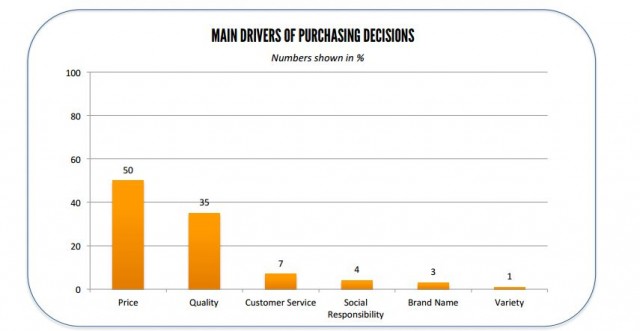 From a business perspective, lab42’s work could prove to be very valuable. Providing some insight into how much consumers actually care about corporate behavior may lead to some changes, although the extent of those shifts may be limited. For example, will BP or Wal-Mart be more willing to clean up its act to improve its public image? Or are both companies simply too big at this point that it doesn’t really matter what the general public thinks?

Time will tell, but it’s also obvious that many companies are or already have taken measures to make sure consumers know it’s at least attempting to be more socially conscious and sustainable. Many big businesses have dedicated ‘corporate responsibility’ pages detailing charitable work, sustainability initiatives, and efforts to become more environmentally friendly. While that’s great, some of it — on some level at least — is likely just pandering to public opinion, especially considering the level of importance people are placing on corporate behavior over recent years.

As we can see in the above chart, price and quality are still the dominating factors in consumer decisions, but it’s quite surprising to see that social responsibility is held with even greater importance than brand names. Of course, quality was one of the main factors that played into how consumers deemed companies ‘socially responsible,’ so that may actually place even more weight on the scale.

The important thing to take away from these findings is that corporate behavior is important, and consumers are paying attention. It may have been acceptable for big business to engage in what some would deem unethical business practices 20 or 30 years ago, but now that every move is scrutinized, companies will end up paying for it at the bottom line.

Social and corporate responsibility, including taking great care in terms of human rights, worker’s rights, wages, sustainability, and environmental friendliness are no longer just selling points for businesses — they are traits the public has come to expect.