Why Green Mountain Is Dropping “Coffee” From Its Name 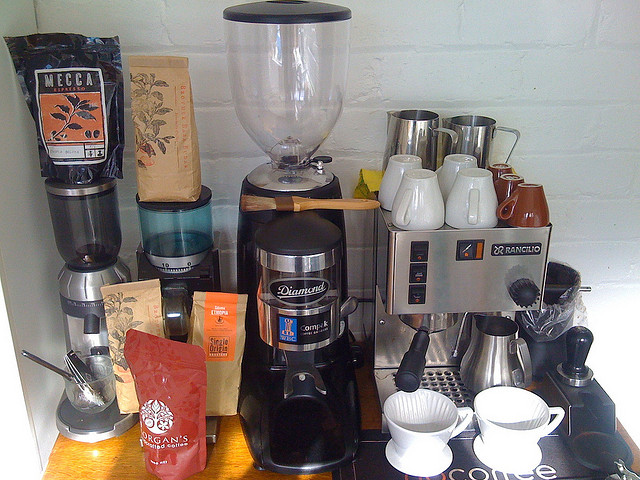 According to a recent regulatory filing, Green Mountain Coffee Roasters (NASDAQ:GMCR) is headed for a name change — one that won’t even include the company’s signature product. Shareholders will vote at an upcoming meeting on whether Keuring Green Mountain, Inc., is a suitable name for the venture at this point in time. Green Mountain officials insist the company’s identity is so intricately tied to Keuring and its “K cups” that there isn’t much of a choice.

Chief executive officer Brian Kelley has worked toward consolidating the company’s coffee and technology divisions since taking over at Green Mountain. Once the barriers between the two sides of the business were less prominent, Kelley considered the inclusion of Keurig into the name a foregone conclusion.

“Not having Keurig in the name just didn’t make sense,” Kelley told The Wall Street Journal, though he didn’t elaborate on the removal of “coffee.” Many industry figures believed the overhaul Kelley is working at Green Mountain is the company’s best shot at moving forward.

The University of Vermont’s Alice Kingsley told New England Cable News that the name change will help establish a more cohesive corporate identity for the company. By taking coffee out of the name, the new Keurig Green Mountain should have no trouble pursuing entities outside of the coffee business. Kingsley said it was ”a harbinger they are in the next stage of their corporate evolution.”

In effect, the name change will be largely in the background. Green Mountain plans to keep the same labels on its products and will avoid changing the logo or any other aspect of the packaging. Green Mountain’s chief executive wanted to downplay the move as much as possible in the runup to the meeting in which shareholders will vote on the name change.

“It’s not intended to signal anything other than who we are today,” CEO Brian Kelley told New England Cable News.