Why Guess Stock Ended Up at the Bottom of the Pile 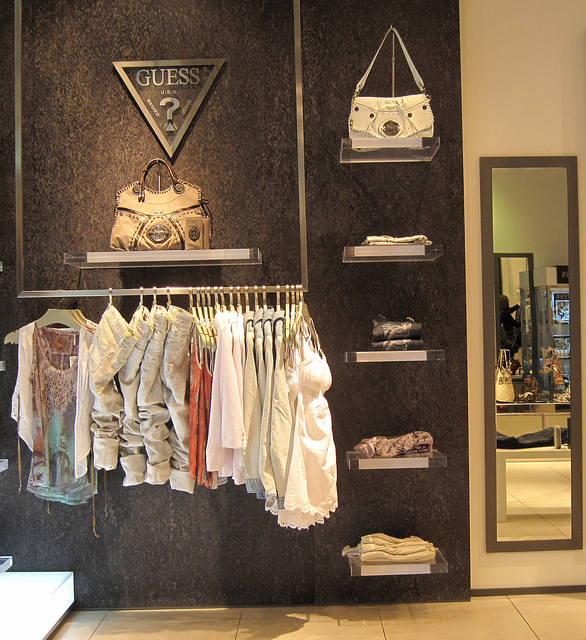 Guess Inc. (NYSE:GES) is a world renowned company. Most have heard of this designer that markets, distributes, and licenses lifestyle collections of contemporary apparel and accessories for men, women, and children that reflect the American lifestyle and European fashion sensibilities. The company’s clothing collection includes jeans, pants, skirts, dresses, shorts, blouses, shirts, jackets, knitwear, and intimate apparel. Guess also grants licenses to manufacture and distribute a range of products that complement its apparel lines, including eyewear, watches, handbags, footwear, kids’ and infants’ apparel, outerwear, swimwear, fragrance, jewelry, and other fashion accessories. The company markets its products under various trademarks. It sells products through retail, wholesale, e-commerce, and licensing distribution channels. The retailer has struggled since the Great Recession, delivering mixed results over the years. Some quarters are good, others are quite poor. The stock has bounced around a defined range given these mixed results and changing outlooks. In its most recent report, it appears the stock is heading lower.

For the first-quarter of fiscal 2015, the company recorded a net loss of $2.1 million, compared to adjusted net earnings of $11.7 million for the first quarter of fiscal 2014. Diluted loss per share was $0.03, compared to adjusted diluted earnings per share of $0.14 for the prior-year quarter, a decrease of $0.17 per share. The prior-year adjusted net earnings excluded restructuring charges of $2.3 million ($1.8 million net of taxes.) On a GAAP basis, prior-year first quarter net earnings were $9.9 million and diluted earnings per share totaled $0.12, including an unfavorable $0.02 after-tax impact from the restructuring charges.

Operating loss for the first quarter of fiscal 2015 was $2.0 million, compared to adjusted operating earnings of $13.7 million in the prior-year period, a decrease of $15.7 million. Operating margin in the first-quarter decreased 290 basis points to negative 0.4 percent, compared to adjusted operating margin of 2.5 percent in the prior-year quarter. The lower operating margin primarily reflects the negative impact on the company’s fixed cost structure from lower wholesale shipments in Europe and negative same store sales in North America.

The company’s first-quarter fiscal 2015 effective tax rate decreased to 32.0 percent, compared to 33.0 percent for the first-quarter of the prior year. The company also announced that its Board of Directors has approved a quarterly cash dividend of $0.225 per share on the company’s common stock. The dividend will be payable on June 27, 2014 to shareholders of record at the close of business on June 11, 2014. Paul Marciano, Chief Executive Officer, stated:

First-quarter earnings results were slightly better than our expectations. We delivered revenues within the range of our guidance and managed our expenses tightly. We are very pleased by the strong momentum in our e-commerce business this quarter, which delivered top-line growth of almost 50 percent in North America. E-commerce remains a key initiative for us as more and more consumer demand shifts to this channel. As we enter into the second-quarter, we are pleased with the progress of our supply chain initiatives that are beginning to improve our product costs in North America. In addition, we are looking forward to the launch of our Fall collection in North America, which is focused on delivering a better product assortment in-store and online. In Europe, while the economic climate in Southern Europe has improved, we are concerned about the potential negative impact of the turmoil in Russia and Ukraine on our Eastern European business and are monitoring the situation carefully.

Disclosure: Christopher F. Davis holds no position in Guess and has no plans to initiate a position in the next 72 hours.