Why Heinz Cut Its CEO Pay To One-Tenth 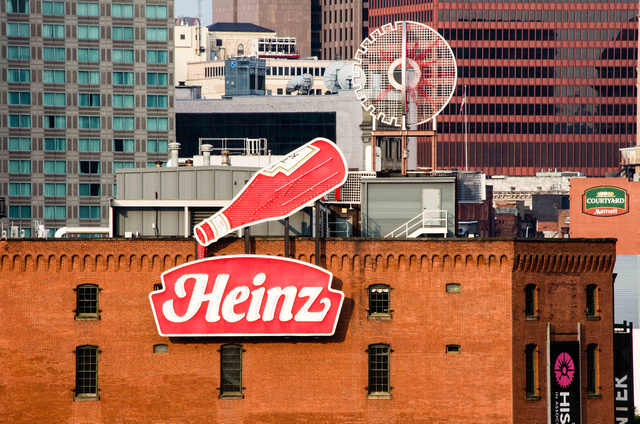 Bloomberg reported Monday that the ketchup-maker H.J. Heinz Co. (NYSE:HNZ) has paid its new CEO, Bernando Hees, $9.2 million in his first year as chief executive at the company. Heinz was acquired last February by 3G Capital and Warren Buffet’s Berkshire Hathaway Inc. (NYSE:BRK.A) for a whopping $23 billion in one of the food industry’s biggest deals ever.

The CEO joined the company in June from Burger King Worldwide Inc. (NYSE:BKW), which is owned by Jorge Paulo Lemann’s 3G Capital. Hees replaces William Johnson, who has served as chief executive at Heinz since 1988; Johnson received $110.5 million in the eight months, which preceded his leave.

Johnson received a $48.8 million payment tied to equity awards that were “outstanding when the deal was completed.” Last year, Heinz said that Johnson could receive “Golden Parachute Compensation,” which included $56 million in cash, equity, bonuses, and other benefits.

Hees’ package includes an incentive payment of $1.2 million, $7.3 million in option awards as well as a $561,538 salary, Bloomberg reports.

The cost-cutting campaign that Heinz has taken under Hees’ leadership has been a harsh one; Hees has closed factories and consolidated offices as part of a plan that eliminated about 3,400 jobs to boost the company’s profit. The Wall Street Journal detailed the closure of one of the company’s model factories in the heart of Idaho’s potato country, going so far as to call the new leadership “tightfisted.” The plant employed 400 workers.

However, Buffett believes that the campaigns are making a measurable impact. “Results so far are encouraging,” he wrote in a letter to investors of Berkshire Hathaway, which is based in Omaha, Nebraska. “Earnings in 2014 will be substantial.”

“The difficult actions we are now will result in Heinz becoming a stronger and more nimble organization that is better — positioned to become one of the most efficient food companies in the world,” a Heinz spokesperson, Michael Mullen added, per Bloomberg.

Berkshire Hathway and 3G Capital bought Heinz in February of last year: each party paid approximately $4.3 billion for equity in the company. Buffett’s Berkshire Hathaway also offered up an additional $8 billion for a preferred stake with a 9 percent annual interest payment, while 3G is in charge of operations, Bloomberg added.