Why Invest in Stocks When You Can Buy a Case of Wine? 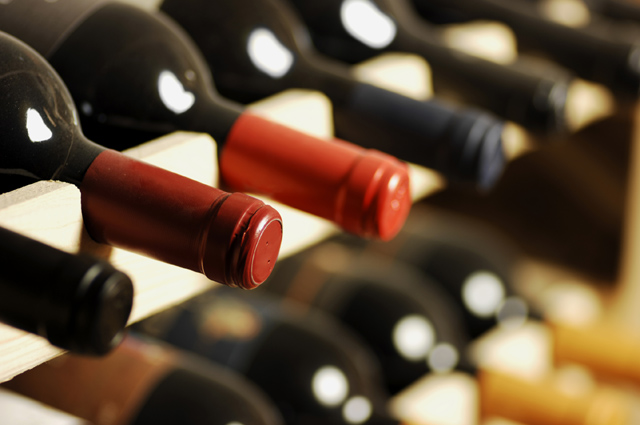 Most of us think of wine as something to be enjoyed. Maybe we purchase a particularly special bottle for a holiday or a special occasion; a wedding or anniversary, a birthday or a promotion. On any given weekend day, perhaps we simply like to sip a glass of cheap Pinot Grigio and call it a night. Regardless, for the majority of Americans, our relationship with wine is one of enjoyment and relaxation. Unless we have a particularly profound interest in the subject, we don’t tend to think of the process of buying wine as something we do with a studied air. We know what we like, and we drink a lot of it.

But there is a bizarre, hidden side to the wine industry which has nothing to do with drinking, oddly enough. And while I suppose you could call people that engage in this particular kind of collecting “wine snobs,” they’re certainly a breed apart from those that ceremoniously pluck exactly the right bottle for the occasion out of their impressively stocked wine cellar to enjoy with friends over an expertly paired meal. The collectors I’m talking about hardly (if ever) taste the wine they’re so busy hoarding. In fact, to this particular group of collectors, the taste of the wine isn’t as important as the label glued on the bottle.

The collectors I’m talking about are called wine investors. Wine investing is an interesting sub-category of investing which falls into the same general category as rare art, coins, or collectible trading cards. Often these unusual, longer-term methods of investing are referred to as “alternative investments.” In the case of art, often the pieces purchased are those of some special importance to the collector, but with regards to wine, an enthusiasm for the beverage is often the exception rather than the rule. In fact, as Miles Davis (no relation) of the London-based Fine Wine Investment Fund said in an interview with Food & Wine, “Our clients are not necessarily interested in wine but in investments.” He adds that “We’ve had very little luck with wine enthusiasts. Very few people have been able to divorce drinking wine from investing in it.”

So why would anyone want to invest in wine of all things? After all, even the most prestigious Bordeaux will eventually go bad, and honestly, what is the point if you’re never going to drink the stuff? Wine, in economic terms, is considered by many to be what’s called “Veblen goods;” essentially, products for which demand increases as price increases. Generally, this is the result of the exclusive nature or appeal of the product as a status symbol. Most everyday products experience the opposite curve; as the price increases, demand generally decreases, but Veblen goods are in a rare category all their own.

The most common types of wine used in investing are those with the potential to age for long stretches of time. These typically include French reds such as those from Bordeaux and Burgundy, as well as rare, cult wines from small pockets of Europe. Port is also generally prized.

There are some wine enthusiasts who occasionally sell wine from their cellars in order to make room for newer purchases, but this isn’t considered the best way to invest. Then again, most of the wine enthusiasts who sell wine are mostly just looking to support their habit. These enthusiasts still prioritize wine drinking over wine collecting, and often the appreciation of the wines they love is simply a side benefit to the pleasure they get from drinking and collecting the stuff.

Regardless of how you might feel about the (potentially blasphemous) idea of buying wine without ever getting the chance to taste it, let alone enjoy the entire bottle, wine investing has actually become more popular in recent years. According to Wine Folly, there are several investment funds that focus exclusively on wine, along with 3 different wine stock exchanges, making wine investing easier than ever. There are even professional storage options to ensure that your investments are kept in peak condition.

Wine investing is hardly an isolated phenomenon, either. China, the land of luxurious status symbol fads, is particularly enamored with wine, and wine investing right now too, only this particular infatuation doesn’t show signs of wavering any time soon (unlike the recent demise of the Tibetan Mastiff fad). French wine currently accounts for an impressive 48% of Chinese wine imports, a trend that’s been increasing since the mid 2000s. And the most expensive wine ever sold? According to the Guardian, that honor goes to a lot of 114 bottles of Burgundy, sold in a Hong Kong auction in 2014, which fetched roughly $1.6 million, or about $14,000 a bottle.

Investing isn’t always so profitable, however. In fact, even if you plan your purchases carefully every step of the way, or make use of one of the numerous wine funds to make your investment, you still aren’t guaranteed to see great returns. You may even lose out some of the time. Which brings us to perhaps wine’s most palatable asset as an alternative investment: If nothing else, you can always drink it.