Why Is Citigroup Angry at Wall Street Regulators? 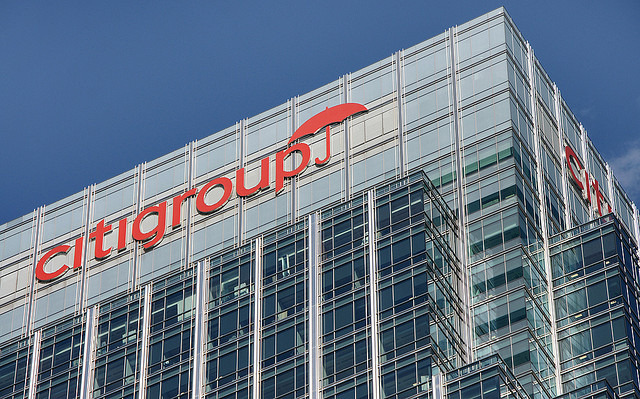 The ghosts of financial crises past can haunt banks forever. In the case of Citigroup Inc (NYSE:C), the final ruling on an investment dispute wasn’t worth the wait. Reuters reports a claim filed by an investor from 2010 has been decided by Wall Street arbitrators, and Citigroup has been named the loser. The decision will cost the company $10.75 million, according to multiple sources, and the ruling provoked the ire of Citi representatives.

The decision was made by FINRA, the industry regulator that is funded by Wall Street financial institutions in order to arbitrate disputes between investors and brokerage firms. Reuters reports the FINRA panel took the side of investor John Leopoldo Fiorilla, who had sought close to $20 million for a disastrous investment in the Royal Bank of Scotland (NYSE:RBS) during the financial crisis.

According to Reuters, Citigroup reps described the decision by FINRA “not supported by the facts,” disputing the judgment that described Citi’s broker as negligent and the company as lacking in supervision of its employee. Since FINRA is funded by the industry itself, rulings of this sort can be controversial when banks end up on the losing end. However, critics of FINRA say it’s too easy for brokers to wipe away past offenses.

Reuters reported FINRA is reviewing the policy that allows brokers to have records of past offenses removed. FINRA sees cases that have not been resolved and make it into the public eye, so these judgments often settle disputes over large sums of money. Additionally, cases like Fiorilla’s — in which brokerages are accused of severe negligence — suggest these records should be permanent.

At this point in time, that’s not the case on Wall Street. Investors are making it known to FINRA that the practice out to be curtailed, according to the Reuters story. In fact, the news outlet quoted the success rate for brokers seeking expungement at 93.6 percent. That rate is too high to please investors, who are often committing huge amounts of money yet have no way of knowing whether a broker has lost cases seen by FINRA in the past.

Citigroup’s disputing the ruling over the Fiorilla matter could serve as the perfect test case, had the broker remained in the business. According to The Wall Street Journal, the Citigroup broker in question later went on to work for Goldman Sachs (NYSE:GS) before working for Morgan Stanley (NYSE:MS) and then retiring. The impact on brokers moving to other firms with records on file with FINRA would be substantial.

As of now, those records are disappearing at a near-perfect rate when brokers file to have the black marks stricken from the record. Efforts to change the process and make the rules stricter are being explored, though no change is expected anytime soon. According to Reuters, the earliest would be in the spring of 2014.

Nonetheless, FINRA has proven to be on the side of investors in countless cases, as in the Fiorilla win against Citigroup. While the amount of the settlement was nearly half of what Fiorilla expected, it represents a major win for investors and a bad day for the brokerage firms. The next step is to see whether the record of the arbitration case remains on file.