Why Is Lyft So Controversial in New York City? 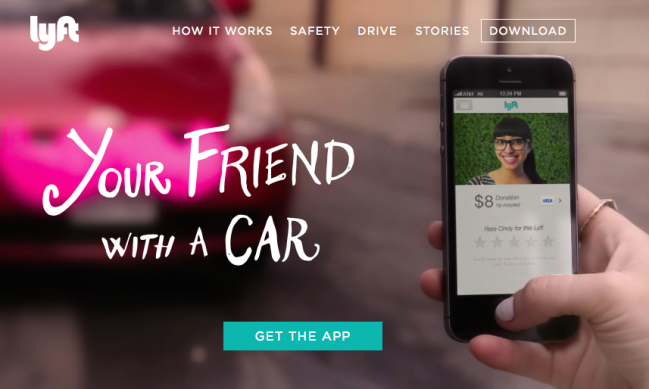 It’s a battle of startup versus city agency.

Ride-sharing startup Lyft plans to launch its services in two New York City boroughs, Brooklyn and Queens, without the approval of the Taxi and Limousine Commission, the city agency that regulates yellow cabs and black limos alike. The city agency is sending out notices that Lyft’s services are unapproved, telling New Yorkers not to get into Lyft vehicles and reminding its licensed drivers that they cannot use the service to get extra work. It also said it would fine Lyft’s drivers up to $2,000 if they were caught.

Lyft argues that its service is not the same as hailing a cab, so it should not be subject to the rules set for taxis, reported TechCrunch. Its CEO would also cover any fines incurred by Lyft drivers.

Lyft in some ways is similar to Uber, which already does business in the Big Apple. Both allow a user to find a ride using a mobile app. The driver is someone who signed up to be a driver with the service and got approved by the company to become a driver for it. The passenger(s) reach the destination and pay the driver using a card attached to the user’s app account. The difference is that New York City’s Uber drivers have to go through the same approval process as professionals for both drivers and their vehicles. This key difference is why Uber is running in the city without issue, but Lyft’s Brooklyn and Queens launch is questionable.

Both services compete against regular taxis, but Lyft’s refusal to comply with the agency’s rules make it a target. Uber got approval to operate in New York City by paying by the rules, even if it gets criticism from the Taxi and Limousine Commission in the press for its pricing and promotions.

For those who want a regular yellow cab, there’s an app or two for that. Apps are available to help people hail cabs in New York City, which can be difficult in certain locations or certain times of day. Hailo is an example of such an app. These official apps direct passengers to the city-approved taxi services. An old-fashioned phone call to a taxi company is another way to get a taxi if hailing one is not possible.

This type of conflict is hardly unique to New York City. London taxi drivers protested Uber, saying it would cut into their business, but London authorities ultimately approved Uber.

All of this conflict puts Lyft into a spotlight shared with fellow startup Airbnb, whose short-term rental listings can pit the mobile app against local laws that limit short-term rentals. When a city and startup clash, it generally ends with the two cutting some deal eventually.