Why is Wall Street Demanding Billions From Taxpayers? 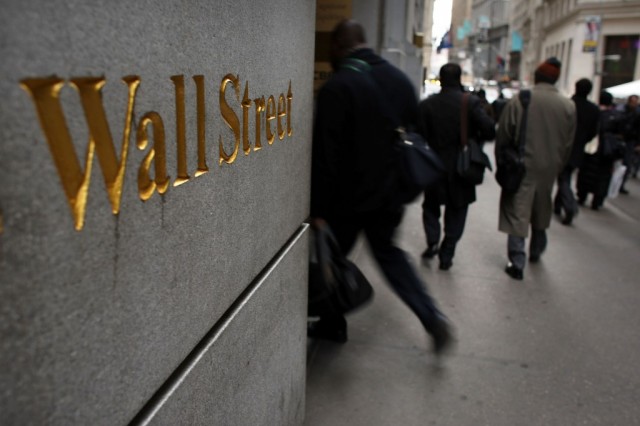 There’s still considerable residual anger left from the 2008 financial crisis and subsequent recession, and in hearty supply. Many middle class Americans are still struggling to find jobs, or find well-paying jobs, and as we all know, an awful lot of people simply dropped out of the workforce in frustration. Meanwhile, as the economy has recovered, almost all of the gains have gone straight into the pockets of the wealthy — who are, by many counts, doing just fine.

Considering that the world’s largest financial institutions and Wall Street banks had a lot to do with the crisis that caused so much turmoil in the lives of ordinary Americans, it would take some serious testicular fortitude for the leaders of those institutions and banks to play victim, right?

Somehow unsurprisingly, they are doing just that. According to a recent article from The Washington Post, there are two cases working their way through the courts in which Wall Street firms — specifically, AIG in one case, and Freddie Mac and Fannie Mae in the other — are seeking additional compensation from the government from when they were effectively taken over during the 2008 crisis. What happened when the government took over these firms, in what was called a ‘rescue’ at the time, was that they faced bankruptcy or handing over the reigns to the Feds. Now, these firms are challenging the notion that the government is allowed to ‘keep’ these companies, as opposed to turn them back over to the shareholders.

The Washington Post reports that the firms claim the government seized their property without compensation, which would be a violation of the Constitution. The cases were thrown out by federal judges previously, as the plaintiffs were unharmed by the takeovers, but both cases still have life in the U.S. Court of Federal Claims.

It’s a bit difficult to get your head around, but what these institutions are saying is that they had their property taken by the government, and that it was unfair. So unfair, in AIG’s case, that Hank Greenberg, AIG’s former CEO, wants $23 billion from the government to make up for it.

That’s $23 billion in taxpayer funds, going straight into the pockets of Wall Street giants — who were responsible for creating the very predicament that called for their government ‘rescue’ in the first place.

What we have here is the equivalent of car crash victims suing first responders for breaking their ribs while administering CPR. Had the government not intervened, AIG would have gone belly-up. But since the government did intervene, it’s a question of whether the taxpayers should keep those companies that it bailed out — as was specified in the contracts the firms signed at the time — or give them back to the shareholders.

That’s what the courts need to decide.

If any of these firms do have a solid argument, it relates to whether or not the government should take over private companies as it did in these cases. Yes, they would not have survived without intervention, but should our government be involved at all with this kind of activity, with interfering in the private sector? Even Hank Paulsen, the Treasury Secretary at the time, has said that he didn’t believe it was the government’s place to do so, but given the dire circumstances, he felt he had no choice.

So, while this appears to be groveling for money by a few Wall Street big shots on the surface, these court cases actually do represent something more philosophical. It also speaks to some of the political and economic talking points we’ve heard from many leaders, particularly on the left, who have said that the big banks need to be split up. Presidential candidate Bernie Sanders even submitted a bill to do just that, called the “Too Big To Fail, Too Big To Exist Act.”

As seemingly ridiculous as the calls for billions to be transferred to Wall Street institutions are, especially considering that the damages that those firms claim were self-inflicted, the courts do have a bigger situation on their hands, and a ruling could come down at any time. Whichever way the judge leans, its sure to have a lasting effect on the way the government handles future crises — which we’re almost assuredly going to experience sooner or later.