Why It’s Not Enough to Just Donate to Charity 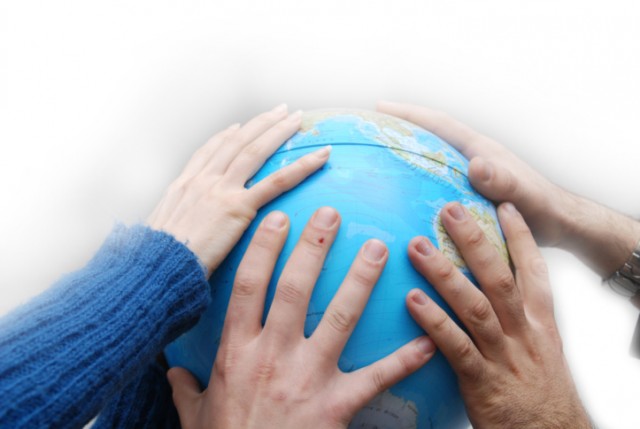 By many accounts, America is a generous nation. According to Charity Navigator, donations to charities and non-profit organizations totaled $335.17 billion in 2013, about 2% of GDP. Giving increased for the four years leading up to that, although levels aren’t quite at the pre-recession levels of around $349 billion from 2007. Of that giving, a huge majority (72%) comes from individual donations, not from companies or foundations.

Perhaps it’s the recession, when giving up money became a little more difficult, that spurred on a movement that emphasizes the importance of giving to organizations that are proving their worth. It’s not enough just to throw money at an organization because it says it’s doing good work. Instead, people are putting greater stock in the organizations that are showing progress, and being more transparent about how money moves from the person who donates it to the people who benefit.

The movement is most often referred to as “effective altruism,” which essentially seeks to do the most good with money that is donated. It combines logic and empathy, and is ultimately “compassion guided by data and reason,” according to one webpage devoted to the movement, effectivealtruism.org. Groups such as this often act as umbrella organizations that disburse collected funds to smaller organizations that can show the following: how many people it can help, the ways in which it tracks progress, and whether the cause has been overlooked or undervalued.

The undertone of the website speaks to the importance of transparency in charitable giving. When people see results, they’re more inclined to continue giving. A 2013 Guardian article reported that 60% of respondents in a survey said that information about the charity’s impact was vital in their decision on whether to donate to the cause. Of the 20 or so organizations that effectivealtruism.org recommends, GiveWell is perhaps one of the most transparent. It’s this transparency that could be the key for more people to give, especially if they’re shown the impact that every dollar makes.

GiveWell, which first introduced its business plan in 2007, is one of the organizations that The Huffington Post reports is lending credibility to the effective altruism movement. While it may not be a new, and there are other organizations that have similar goals, the manner in which GiveWell shares its information and thought process is refreshing.

GiveWell operates as a vetting site for charities, tracking their progress and combing through submitted paperwork to decide whether or not it should be listed as a “top charity” on its website. Only four organizations are listed in that category, and another four are listed as “other standout charities.” In some cases, the profiles include links to give directly to that listed organization. In others, donations to GiveWell are earmarked for those specific causes. GiveWell has separate donors for its overhead, and states that 100% of funds earmarked for a cause actually go to that organization. 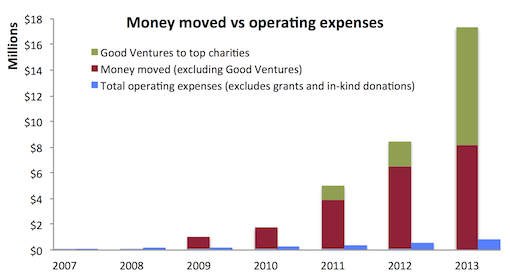 The organization is clearly growing in influence. Based on its 2013 data, about $17.4 million was donated, all of which GiveWell can track as coming from its recommendations. The website goes to extensive lengths to explain how it tracks those numbers, and says that those funds were either given directly to the GiveWell site, or the individual charities report back and say money was donated to them on the strength of the GiveWell recommendation. Last year’s giving beat that record by about $10 million, with a total $28 million donated through the site in 2014.

According to The Huffington Post’s profile about the website, GiveWell began after a hedge fund employee, Elie Hassenfeld, and several colleagues formed a “charity club” to help them make informed decisions about giving. Hassenfeld and GiveWell co-founder Holden Karnofsky eventually opted for a change in profession and created the non-profit.

What sets the website apart the most is that they give detailed lists, going back to the founding of the company, of ways they’ve erred, or mistakes they’ve needed to remedy. Not an organization to sugarcoat the issues, the site calls the page “Our Shortcomings” and lists problems they’ve faced of varying sizes over the years. To the founders, it’s one of the most crucial aspects of transparency. The philosophy is that if you’re only hearing good news, you’re probably not getting the whole picture.

“If you’re hearing some bad news, that’s a good thing. You should hold organizations accountable to that standard, rather than a totally unreasonable one of perfection,” Hassenfeld told The Huffington Post. “These charities are all trying to solve some of the world’s hardest problems. If it were easy to eradicate malaria, it would have been done. So things obviously go wrong. They face all sorts of struggles. I think it’s really important to be open about them.”

GiveWell differs from other sites such as Charity Navigator, in that those sites tend to give rankings of a large number of charities. Checking something out there will tell you if the charity in question is a scam or not, for example. A lack of recommendation from GiveWell doesn’t necessarily mean that they’re a poor charity choice, and the website makes that clear in its FAQ section. But it does choose to focus on a few in certain focus areas that seem to be doing the best work in the researchers’ estimations.

As with all things in the public forum, this type of charitable evaluation is not without its criticisms. Authors for the Stanford Social Innovation Review call all forms of effective altruism a type of “charitable imperialism,” wherein experts begin to decide for the people who the best recipients are, not the individual donors. The article, written by the CEO of Charity Navigator and an adviser to the group, includes GiveWell in its classification. Their largest complaint is that effective altruism seems to weigh one need against another, and choose which is better, therefore deciding for all people which are the most worthy causes.

However, the authors do espouse informed giving, by analyzing the work of organizations in a specific need area, and doing research instead of just falling for the emotional appeals or sappy commercials. GiveWell just takes this to the next level for the organizations it is passionate about. Ultimately, any amount of charitable giving is a generosity, and arguably one of the truly good things about humanity. If you’re already comfortable with the organizations you support, keep it up. If you’re looking for a few, highly researched charities with utmost transparency, try taking a look at GiveWell. But if you’re passionate about a topic area that’s not as well-represented by GiveWell (such as education in America, for example), start with Charity Navigator for the preliminary vetting and continue research from there.