Americans love to get a deal. We shop around for everything from clothes to cars, comparing prices and products to make sure that we’re getting exactly what we want and paying a fair price for it. At the very least, we expect to know how much we’ll have to pay for a product or a service before we make a decision to buy. But there’s one area where Americans find it incredibly difficult to find out prices in advance: health care. And it’s not because they don’t want that information.

Fifty-six percent of people say they have attempted to determine how much they or their insurance company would have to pay for treatment before receiving care, a recent study by Public Agenda found. Even many people who hadn’t sought out price information (57%) said they’d be interested in knowing costs before receiving care. Not surprisingly, people who had to spend more on care were more interested in knowing price information in advance, particularly those who had high-deductible health plans or who had been uninsured in the past year.

Taking the time to research health care costs paid off for most people, with 62% saying that comparing prices saved them money. So why aren’t even more Americans shopping around when it comes to health care? According to Public Agenda’s research, a significant number simply don’t realize that some doctors may charge more than others for the same services. Others aren’t sure how to go about finding such information.

You can blame at least some of the confusion over health costs on America’s complex system for delivering and paying for care. Not only do prices vary from doctor to doctor and facility to facility, but they also shift based on the health coverage you have, since insurers negotiate prices with doctors or hospitals individually. In other words, your insurance might pay your doctor $1,000 for a particular procedure, but another insurer could have negotiated a lower fee of $800. (Also worth noting: Costs for many common procedures are far higher in the U.S. than in most other countries.)

“[W]hen you say, ‘What’s the price?’ it’s almost a meaningless question, because there [are] all these different prices,” Dr. Ezekiel Emanuel, a health policy specialist at the University of Pennsylvania and former adviser to President Obama, told NPR. Even if you want to find out in advance what your insurer will really pay for your care, you probably can’t. That’s because the negotiated rates are generally kept secret because insurance companies don’t want their competitors to know the details of the deals they’ve worked out with different providers.

That’s not to say that there haven’t been efforts to make the cost of health care more transparent. In 2013, the Center for Medicare and Medicaid Services released data about payments Medicare made to providers around the country. The data revealed that hospitals — even those in the same geographic area — often charged wildly different prices for the same services. Phoenix Baptist Hospital charged an average of $16,501 for inpatient treatment for chest pain in 2012. At St. Luke’s Medical Center (also in Phoenix), the average charge for the same service was $23,437. At Cedars-Sinai Medical Center in Los Angeles, the average charge for inpatient treatment for pneumonia was $115,447, while across town at the Los Angeles Community Hospital the charge was $40,602. (The amount Medicare actually paid for these procedures was usually far less). The goal of releasing the data was to give consumers a better idea of what different hospitals charged for similar procedures, said then-Secretary of Health and Human Service Kathleen Sebelius. 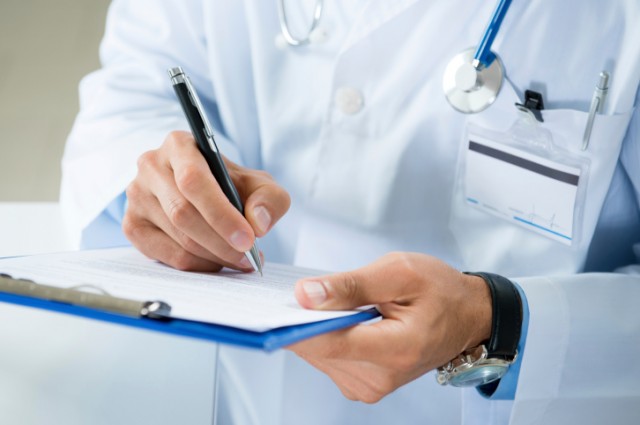 A number of states are also moving forward with initiatives to increase price transparency. Politicians in Oregon are currently considering legislation that would require health care facilities to make information about prices for the most common procedures they perform available both on site and online. California makes information about charges for common surgeries at different hospitals in the state available through its Healthcare Atlas. Massachusetts recently started requiring health insurers to provide pricing information to patients.

But will having all that information at our fingertips really be a good thing? Some experts worry that making more information about pricing available could encourage people to choose higher-cost care, under the assumption that providers that charge more are providing better service. Others worry price-sensitive patients may delay care, which can lead to more serious health problems and more expensive treatments in the future.

Still, the results of the Public Agenda study are encouraging in that they suggest people don’t believe that more expensive care is necessarily better. Seventy-one percent of people said they didn’t think that higher prices were an indication of better care, and 43% said they would choose a less expensive doctor if they knew the price in advance. Another study published in the Journal of the American Medical Association found that people who researched the cost of care before receiving treatment spent less money than those who didn’t, as reported by Reuters.

Greater transparency in pricing may be one way to help people make smarter, more economical decisions about health care, but it’s not a magic bullet. “A price-only report might show you how much a knee replacement might cost at Hospitals X, Y, and Z, but it won’t tell you that Hospital X has twice the infection rate of Hospital Y, and that’s going to cost you — money, and possibly your life,” wrote Leah Binder, the CEO of the Leapfrog Group, an organization that represents employers who purchase health care, in the Wall Street Journal. As with most purchases, price isn’t the only factor you need to consider before making a decision about which health care is right for you.