Why Ivanka Trump and Jared Kushner Are Ready to Move Out of Their $5.5 Million D.C. Mansion

Ivanka Trump and Jared Kushner are a complicated couple. Donald Trump’s daughter has been part of many scandals over the years, and there are many reasons no one likes his son-in-law. Despite the scandals and general unlikability, both of them have prominent White House jobs and they don’t plan on leaving the capital anytime soon. Ivanka Trump and her husband are on the hunt for a new home in Washington D.C.

We’ll reveal the real reason they want to move out of their current house (page 8), but first, we’ll tell you why the neighbors will be happy to see them go (page 6).

1. They are both from the New York area

They grew up surprisingly close to each other. | Mandel Ngan/AFP/Getty Images

Ivanka Trump was born and raised in Manhattan, while Jared Kushner grew up in New Jersey before moving to New York City. They’re looking for a new house in Washington, D.C., now, but they have a nice place waiting for them when they return to the Big Apple. Their Park Avenue apartment is one of several elaborate homes of the Trump family.

Next: Work took them to Washington, D.C.

They both have incredibly important tasks in the White House. | Chip Somodevilla/Getty Images

They reportedly don’t actually do much, but both Ivanka Trump and Jared Kushner are White House senior advisors. She focuses on women and families, and he’s tasked with bringing peace to the Middle East.

Next: A capital idea

3. They want to stay in Washington D.C.

They may not stay in the White House, but it’s likely they’ll stay in Washington, D.C.| jtomason/iStock/Getty Images

President Donald Trump believes things might be better for his daughter and son-in-law if they head back to New York, according to the Times of Israel. However, Newsweek reports Jared Kushner has no plans to leave Washington, D.C., anytime soon. That’s why the couple is hunting for a new house.

Politico reports the couple wants to move to Georgetown or stay in the Kalorama neighborhood they live in now. We’ll tell you more about Kalorama in a minute.

Next: The current house isn’t too shabby.

4. The current house is very nice 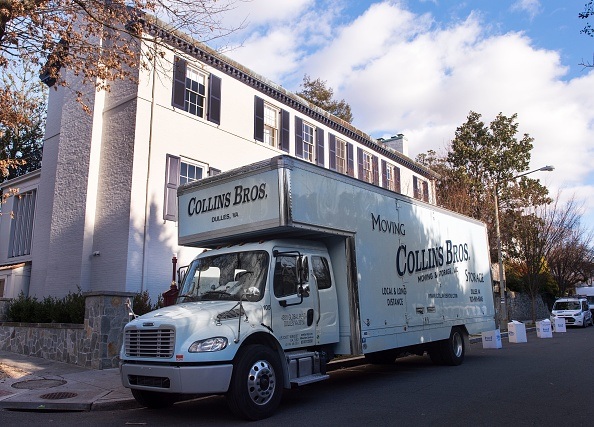 They currently rent out their beautiful home for thousands per month. | Paul J. Richards/AFP/Getty Images

The house Ivanka Trump and Jared Kushner live in now is an 8,200 square foot home with modern flourishes inside. Cottages & Gardens reports the owner paid $5.5 million for the house. Trump and Kushner rent it for $15,000 a month, according to Town and Country.

Next: You’ve definitely heard of the neighbors. 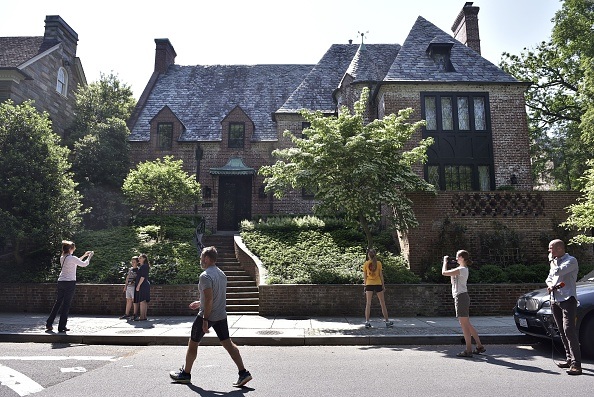 Even the Obama family chose to live in this neighborhood. | Mandel Ngan/AFP/Getty Images

Kalorama sounds like it could be the name of a children’s arcade or an eating contest, but it’s probably the most upscale neighborhood in Washington, D.C. The heart of the neighborhood is about two miles north of Lincoln Memorial and houses Washington’s elite, including Ivanka Trump and Jared Kushner (for now, at least).

Barack Obama and several other former presidents moved there after the White House. Ultra-rich Amazon CEO Jeff Bezos has Kalorama mansion among the many properties he owns around the country.

Next: Most of the neighbors will help the couple pack up their things. 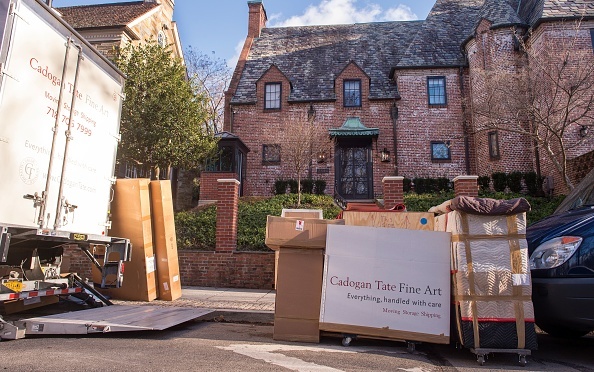 The neighbors could do without all the attention. | Paul J. Richards/AFP/Getty Images

Plenty of powerful and famous people living in Washington, D.C., attract attention, but Ivanka Trump and Jared Kushner take it to another level. One neighbor tells the Associated Press it’s been like a three-ring circus since the couple moved in. Another neighbor complains about the couple’s security team taking up the already limited street parking. Plus, Trump and Kushner apparently haven’t figured out the trash pickup schedule and leave full garbage bags on the curb for days at a time.

Next: Another reason to move to a new house

The fact that it’s a corner house doesn’t give the family much privacy. | Chip Somodevilla/Getty Images

Ivanka Trump and Jared Kushner moved into their rental house when they moved to Washington, D.C., in 2017 to start their White House jobs. The house is just a short drive from the White House, which is a plus, but there’s at least one major drawback: It’s a corner house. That means the press and paparazzi can easily keep tabs on Trump’s and Kushner’s comings and goings.

As we are about to see, there’s yet another reason to move out of the house they’re renting.

Next: Sending a political message

8. A Chilean businessman owns the house 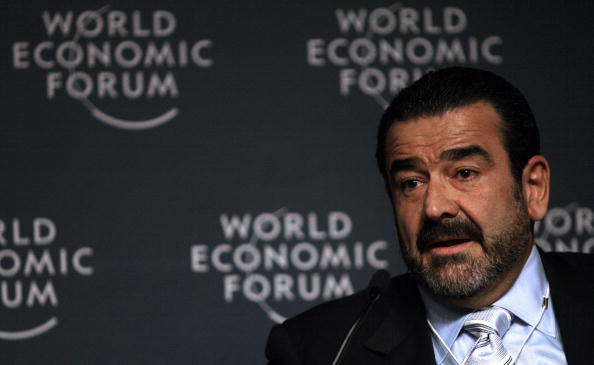 Trump and Kushner may be trying to send a small political message with their move. | Martin Bernetti/AFP/Getty Images

Ivanka Trump and Jared Kushner both have real estate backgrounds, so they know owning a property is usually better than renting. That’s one reason to buy a place of their own, but another reason is to send a political message.
Chilean billionaire Andrónico Luksic owns the house, but he’s rich because of his mining company and other business interests.

The Wall Street Journal reports he’s fighting with the U.S. government over a valuable mineral deposit in Minnesota. Luksic won’t miss the $15,000 in rent each month, but by moving out Trump and Kushner can send a (very small) political message making it clear whose side they’re on in the battle over the mineral deposit.