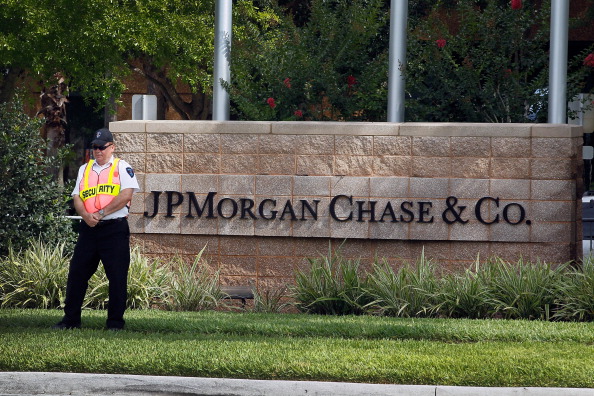 Market expectations were pretty low for JPMorgan (NYSE:JPM) going into the company’s second-quarter earnings release, and the company was able to easily beat the numbers. But while the stock rose in the days following this earnings beat, and while management seems to be pretty optimistic in the press release and conference call, the fact remains that JPMorgan released weak earnings.

The company’s net revenue fell 5 percent year-over-year, and net income fell by a whopping 21 percent. These are simply lousy numbers, and despite this the company still trades at 15 times earnings, a rather rich price-to-earnings multiple for a company reporting declining earnings.

If we look at the company’s various segments, we see that the decline wasn’t unique to just one or two businesses. It was across the board. The exceptions to this are due primarily to especially favorable market conditions. Specifically, the company saw a 10 percent increase in profits from its asset management segment and an improvement from a loss to a gain in its private equity division. Regarding the former asset management revenues, they are generally based on the value of the company’s assets under management.

With the stock market rising over the past year, it should surprise nobody that the company reported an increase in its profits for this division. Regarding private equity, the fact that interest rates are so low makes it favorable for companies to make private equity deals, and they need a banker such as JPMorgan in order to aid in the process.

These are big declines, and it makes you wonder what the market was so happy about, although there are a couple of things. The first is that investors’ expectations were significantly worse than this, and since the company was able to beat analyst estimates they were willing to bid the shares higher. Second, JPMorgan has been a lousy stock to own this year. Even after the recent pop in the shares they are still basically flat for the year, which means that they are underperforming the S&P 500 and the broader banking sector.

But with this in mind, I think investors need to remain cautious on JPMorgan shares, and those who are long should consider taking profits as the shares once again approach an all time high. Not only were the results lousy and indicative of the fact that the company is dealing with multiple shrinking businesses, but analysts are extremely positive on the stock going forward, assigning a “buy” rating on it with a $64/share price target. They are convinced that the company will be able to grow its earnings going forward. But the company faces several headwinds. Not only does it have to turn its declining businesses around, but it is facing regulatory scrutiny. We have seen, for instance, that its trading volumes have been declining as newly enacted Dodd-Frank regulations make the business far less attractive. Furthermore, the banks still aren’t out of the woods when it comes to fallout from the 2008 financial crisis, and JPMorgan could face lawsuits going forward from the government and from buyers of its bad mortgages.

Given all of these concerns, there is little to like about JPMorgan shares. And the fact that analysts are positive means that there is plenty of room for them to get negative. With these points in mind, I think investors should sell the stock now, and more aggressive traders should look for opportunities to get short.

Disclosure: Ben Kramer-Miller has no position in JPMorgan.