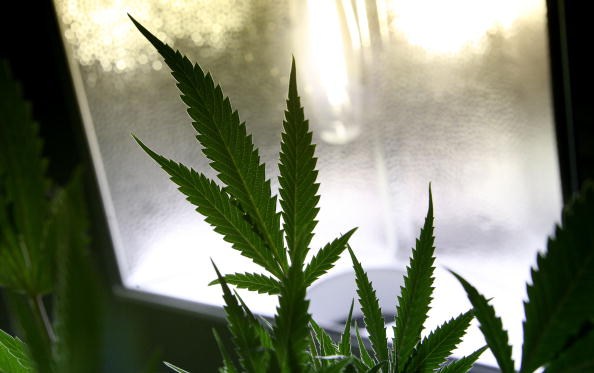 In some states, fledgling businesses are just beginning to make plans to open their doors, as ballot votes in the November elections secured the right to sell recreational marijuana in Alaska, Oregon, and Washington, D.C., adding to Colorado and Washington from 2012. But for residents in Colorado, the problem is all too clear. Without banking support, business owners can’t apply for loans, deposit funds, or write checks for employees and suppliers. The result is an all-cash system that has business owners and politicians alike worried about the safety of the industry.

But there may be glimmers of hope for a banking and marijuana union. The new developments are by no means all-encompassing or 100% stable, but they are steps toward recognizing those business owners like any other. And allowing them to open up legitimate savings and checking accounts is a huge step considering most marijuana business owners have their accounts otherwise shut down. (The New York Times interviewed a woman who has had 23 bank accounts canceled since 2009, related to her medical marijuana business.)

The biggest hindrance is that marijuana is still viewed on the same level as heroin, acid, and meth by the federal government: It’s illegal. And because banks and credit unions retain insurance and approval from the federal government to operate, they’re often hesitant to deal with anyone associated with the marijuana industry, whether directly or indirectly. Though Attorney General Eric Holder has acknowledged the danger of having large amounts of cash lying around because business owners can’t open a bank account, the memos issued by federal agencies haven’t cleared the way enough for banks to feel comfortable opening their doors.

There have been small steps, however, leading to even larger moves toward a solution. The Financial Crimes Enforcement Network, or FinCEN, a branch of the Treasury department, issued a memo in February 2014 that was supposed to clarify the ways banks could provide services to marijuana-related businesses. The document mostly served to reiterate that the government thought marijuana was “dangerous,” but did begin to classify certain businesses as less of a priority for the federal government to enforce. Those became known as the “marijuana limited” category. But to the Colorado Bankers Association, that meant a continued red light for assisting people in the marijuana industry, for fear the banks could face aiding and abetting charges or others for allowing “drug money” to enter their doors. To offer banks the reassurance they’ll need against prosecution, the association’s president and CEO, Don Childears, has called for Congressional action.

But in reality, the marijuana business’s relationship to banking has been two steps forward, and (at least) one step back. A bank based outside of Portland, MBank, is openly allowing marijuana business owners to open accounts, and was the first to offer that option to people from out of state, namely from Colorado. Within the first week of doing so, five Colorado businesses had created accounts, and 30 more had pending applications at the institution. The bank has been in operation since 1995 and is operating under “tacit approval” that it will continue to have support from the Federal Deposit Insurance Corporation (FDIC).

But for those in Colorado, bad news quickly followed: A week after opening its doors to Colorado businesses, the bank rescinded its offer. “Following national press, the volume of inquiries in Oregon, Washington and Colorado has been so overwhelming that we don’t currently have the infrastructure to adequately support all these customers,” MBank CEO Jef Baker said in a Denver Post article. “Colorado is the farthest from our market area and the most difficult to provide the quality customer service to.” 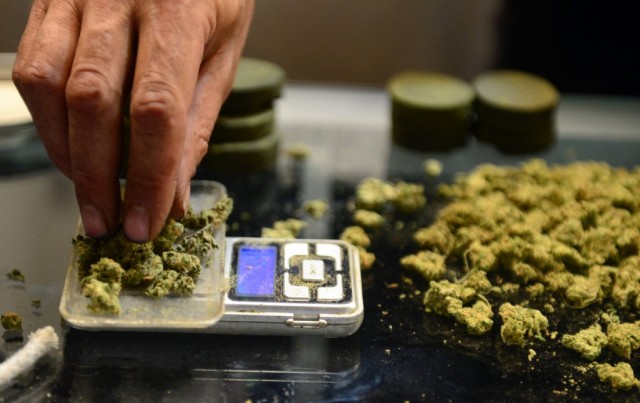 Fourth Corner Credit Union, a would-be financial institution in Denver, has already received permission from the state to open and conduct business with those in the marijuana industry. They’ve leased a building, and the final step is to receive approval for a master account from the Federal Reserve, which allows banks to make deposits into the federal banking system. That process, which normally takes a few days when banks have the state’s accreditation, has yet to be resolved after four months. Though optimistic in its tone, the credit union’s website doesn’t give any indication when it will be able to open.

Even if (or when) the credit union will be permitted to conduct business, the road ahead continues to be steep if marijuana legalization is a state-by-state movement. The Colorado Bankers Association points out that the credit union and others like it will still have to see if Visa and MasterCard choose to participate, for example, and will have to attain proper insurance. A larger issue is if the institutions will be able to have all the functions of most banks. It could certainly accept deposits once its open, but the association isn’t sure if other banks would be willing to accept checks or draw on those accounts, especially since the other institutions would be on notice that funds coming from the credit union are “related to a federally illegal activity.” In other words, the credit union could open accounts, and marijuana businesses could stash their money more safely, but there’s a potential that the money couldn’t leave to be wired elsewhere for payroll, bill pay, or other purposes. The money would just be in a better safe.

The latest glimmer of credibility

Perhaps the largest dose of hope for businesses with a need for more stable banking came in early January, when marijuana-focused Privateer Holdings announced it had received a multimillion dollar investment from Founders Fund, a venture capital firm based in San Francisco. Founders Fund, run partly by PayPal co-founder Peter Thiel, has a $2 billion portfolio and already invests in companies such as Lyft, Spotify, and Airbnb. “This is a milestone,” said Taylor West, deputy director of the National Cannabis Industry Association in Denver, in an interview with the Los Angeles Times. “It says there are real opportunities within this industry for outsiders to benefit, and it shows the industry is solid enough that an investment firm like this is comfortable stepping in.”

Founders Fund partner Geoff Lewis told the publication that the decision to invest in the marijuana industry was not a light one. But after several years of weighing the option, investing in Privateer Holdings seemed to be the best choice.”Privateer Holdings has emerged as the market leader in legal cannabis, which we believe will become a massive industry within the next decade,” Lewis said in the article. “We’ve been evaluating the cannabis industry for several years, and we haven’t seen another company that comes close to Privateer Holdings in terms of strategy, professionalism, talent, expertise and potential for growth.” Only time will tell if other firms — and banks — come to see the industry in the same light.