Marijuana Is the Most Innovative Market in America, and Here’s Why 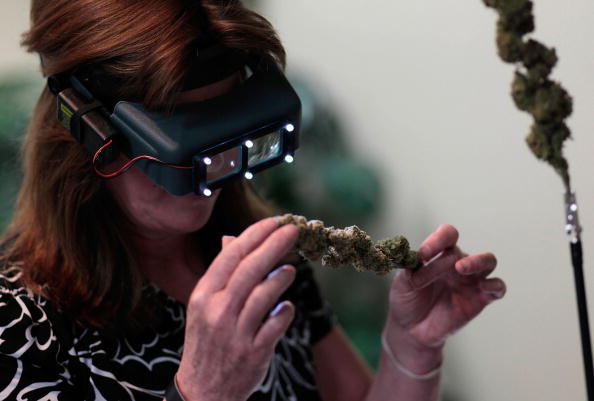 Innovation is the cornerstone of the free market system. From the capitalist’s viewpoint, the free market is open game to anyone willing to pony up the courage and ideas to improve society in some way. This can be achieved through either bringing brand new products or services to the market, or by improving on an existing product — as in the case of a quieter vacuum cleaner — or by releasing a product like the iPhone. By creating and innovating the free market is designed to foster entrepreneurship and push society ever forward.

Today, it can be argued that the United States does not harbor a truly capitalist system. From unnecessary regulations on certain industries, to lobbying and colluding efforts by the largest and most powerful companies in the world, there are plenty of issues alive and well within the current American system. But you can’t deny that it was by using the capitalist principles of our country’s forefathers, and the entrepreneurs and innovators after them, that have propelled the United States into a position of power throughout the years.

Now we’re seeing an entirely new industry spring to life right before our very eyes with boundless opportunities for inventors, entrepreneurs, and anyone else that wants a piece of the pie. It’s all happening within the still federally outlawed world of marijuana, and things don’t look to be slowing down anytime soon.

Despite heavy protests certain segments of big business (who feel threatened, more than anything), marijuana looks like it will see sweeping regulatory changes around the country in coming years. Marijuana has been made fully-legal by voters in four states, and medical marijuana markets have been alive and thriving for many places around the country for years. Inside of these secluded, often maligned industries, people have gotten to work creating new products and devising new ways to use the cannabis plant.

The results are already hitting the markets, in the form of more-refined concentrates, extensive lines of edibles, and more targeted pharmaceutical uses. In fact, this is just the beginning.

The world of marijuana can be appropriately compared to the wild west; there is little in the way of infrastructure for entrepreneurs to lean on, and the entire industry is being pretty much welded together as things progress. For those looking to break into the industry at the ground level, it can be difficult. There are few — if any —  banks or creditors willing to work with those involved in the cannabis industry, as it is scared of opening itself up to liability as dealing with the plant is still in breach of federal law (ironic, considering how many big banks have been more than willing to launder money for drug cartels.) The same goes for many delivery services, like UPS or FedEx, which risks violating drug trafficking laws by engaging with the industry.

Up until Colorado and Washington passed voter-backed legalization initiatives, the entire industry had been operating in a sort of legal gray zone; in many places, the medical marijuana guidelines were not clearly defined by state or local governments, and as a result, access points and grow operations — although not operating outside of the law — were subject to raids and shutdowns by the Drug Enforcement Agency or local police. Essentially, getting involved in cannabis put people at risk of being arrested, whether they actually use the plant personally, or view it as a commodity.

But times are certainly changing. People are recognizing the immense profit potential of the cannabis industry, and even politicians and other lawmakers are starting to shift their thinking. Although there has been a longtime social stigma against cannabis and its use, most of the common talking points — such as the inherent danger that comes along with marijuana use or the fact that buying a bag of marijuana funds terrorist organizations — are simply falling flat. These and many other moot points simply lack any kind of substance or merit, and they have for years.

As a result, the games have begun for those willing to take the risk of jumping into the industry while it’s still in its infancy. The room for growth is truly huge, and the applications are incredibly widespread.

In addition to cannabis-based products, like edibles, concentrates, and even new strains, entire support structures are popping up to support the industry. Marketing companies, businesses offering merchant services, even courier companies are all laying down its roots, so to speak, in an effort to help propel the cannabis trade from the backwaters to the mainstream. These companies are being founded not by some guy with dreadlocks and a Phish t-shirt, but by investors with big money — including former executives from giant tech companies.

Businesses are even taking models from other areas and reapplying them to the marijuana market, as in the case of websites like Leafly. The tech industry is ripe for a marijuana revolution as well, as the amount of mobile phone applications and websites that can cater not only to marijuana users, but also businesses, is set to grow rapidly.

Of course, each state has their own regulator pitfalls or advantages, depending on how you want to look at them. For instance, Colorado and Washington have taken vastly different approaches to implementing the legal marijuana retail system, with Washington far-more focused on enacting stiff regulations through licensing systems, and ensuring that any harvested product from approved growers is taxed in the appropriate manner, and sold as such as well. Colorado has taken a less stiff approach, and the results have been quite lucrative.

Colorado is taking a more of a free market approach, and it is paying off in spades in the form of tax revenue and happy citizens. Others states are taking notice, and watching closely at how both Colorado and Washington are handling things. So far, it seems that Colorado’s ‘free-er’ market stance is the superior method.

Of course, this is how things are supposed to work. In America, the system is designed to foster new ideas, and promote the growth of new industries. Marijuana is in prime position to assume the mantle as the next great American industry, and with proposed uses for recreation, medicine, the industrial sector and many other areas, it’ll be hard to deny it.

Right now, the U.S. is seeing merely the tip of the proverbial iceberg when it comes to cannabis. But as soon as legislators and investors starting coming on board en masse, the free market will be awash in new innovation and ideas.