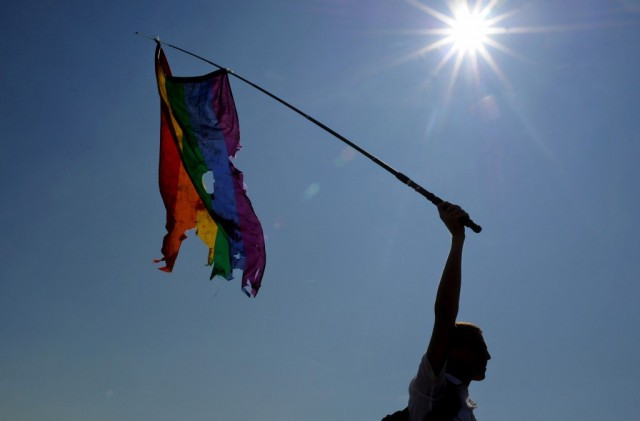 Proper health care for transgender individuals can be life-saving. In 2008, the American Medical Association stated that “gender dysphoria” is considered a serious medical condition that can result in “suicidality and death” without appropriate treatment. While the ACA has allowed for greater availability of health insurance coverage for transgender people, not every employer-based health plan includes transgender care. But this landscape is starting to shift.

This year, more employers than ever are providing transgender-inclusive health plans to their employees. Recent studies have shown the extremely low cost of providing this health coverage. With this information at the forefront, businesses are starting to catch on. According to the Human Rights Campaign (HRC) Foundation’s “Corporate Equality Index 2015,” one-third of Fortune 500 businesses now offer transgender-inclusive health care – up from zero in 2002.

Nancy Kelly, director of compensation and benefits at the Federal Reserve Bank of Atlanta, told Yahoo News companies can no longer stay competitive if they don’t provide transgender health benefits. When the Federal Reserve Bank of Atlanta added transgender coverage, Kelly says, “It was not a particular employee request, it was more about diversity and inclusion and being a competitive employer.”

What’s the cost of providing coverage?

The HRC Foundation concedes that it’s still difficult for companies to estimate the cost of offering transgender health care due to the limited data available. But according to recent studies, the information that is available points to a startling low cost.

The City and County of San Francisco made its employee health insurance plans transgender-inclusive in 2001. To offset the expected costs, a per-employee per-month surcharge was implemented, but five years later, it had only spent $386,417 of the $5.6 million collected. San Francisco promptly ended the unnecessary surcharge.

A 2006 letter from the San Francisco HRC reads, “Despite actuarial fears of over-utilization and a potentially expensive benefit, the Transgender Health Benefit Program has proven to be appropriately accessed and undeniably more affordable than other, often routinely covered, procedures.”

Research suggests one reason why the cost is so low is the relatively small population of transgender individuals. A 2013 survey by the Williams Institute at UCLA found that few employees will actually use the coverage. The best estimate suggests transgender health benefits will be used by:

Of the 26 employers surveyed, 86% reported no additional costs to add to the coverage. Two-thirds of the 21 employers that recorded actual costs from employee utilization reported zero costs due to utilization. While it’s hard to make an exact prediction, chances are good that offering transgender-inclusive health insurance will cost most companies either nothing or next to nothing.

A majority of the employers surveyed by the Williams Institute reported they would encourage other employers to add the coverage. Not one said it would advise against it.

How many companies are already on board?

This year’s findings on health care inclusion were among the most dramatic. HRC doesn’t just survey Fortune 500 businesses, but many other employers supporting at least 500 employees. Of the businesses that participated in the survey, more than half now cover transgender health care, coming in at 418 employers. The number of U.S. employers affording transgender health plans rose from 49 in 2009, to 278 in 2013, to 340 in 2014, and finally, to a record 418 in 2015.

Deena Fidas is the director of HRC’s Workplace Equality Program, which has produced the annual report for more than a decade. She said of this year’s report, “The jump in terms of employers adopting transgender benefits has been the most dramatic of any single aspect of the Corporate Equality Index in its entire history.”

According to HRC, businesses that have added health care coverage for transgender employees have not had to increase insurance premiums to cover the cost. Fidas said so far, the cost is “so small it’s not quantifiable.”

For employers looking to implement transgender inclusive-health benefits, HRC has published a set of resources called “Benefits for Transgender Employees and Dependents.”