Why Oil Is Mightier Than the Sword for U.S. Foreign Policy 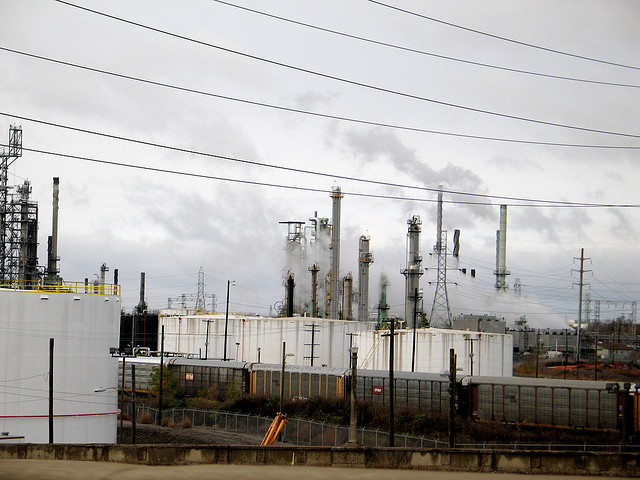 The American Petroleum Institute said the United States is emerging as a superpower in terms of energy and should use that leverage by exporting crude oil overseas. Some U.S. lawmakers pressing for tighter sanctions on Iran, meanwhile, oppose the export drive, suggesting potential superpower influence may run up against protectionist policies. U.S. crude oil exports are restricted under legislation enacted in response to the 1970s Arab oil embargo. Now, with the U.S. Energy Information Administration predicting crude oil production will reach 9.5 million barrels per day by 2016, the industry and its supporters said it’s time to reverse that policy.

API in February said the United States was an “energy superpower” thanks in part to shale oil and natural gas developments. Erik Milito, director of upstream operations for API, said the oil lobbying group plans to reach out to U.S. legislators to help remove obstacles to U.S. crude oil exports. The decision lies with President Obama, but API said any effort needed to lift export restrictions requires a bubble-up strategy.

API welcomed mid-December statements from U.S. Energy Secretary Ernest Moniz saying the export ban deserves “some new analysis and examination.” That didn’t sit well with some legislators worried about the economic affects at home, however. “Crude oil produced in the U.S. should be used to lower prices here at home, not sent to the other side of the world ,” Robert Menendez (D-N.J.), Chair of the Senate Foreign Relations Committee, said in a letter to Obama. “Easing this ban might be a win for Big Oil, but it would hurt American consumers.”

Menendez, meanwhile, has pressed hard for tougher economic pressure on Iran. Along with Sen. Mark Kirk, R-Ill., the New Jersey lawmaker said ”a credible threat of future sanctions” will keep Iran’s feet to the fire in terms of nuclear negotiations.

Oil is a global economic commodity. Before the U.S. economic meltdown, Walter Russell Mead, editor-at-large for The American Interest magazine, wrote that U.S. influence in the international community was inextricably linked to its economic power. Because of the size of the U.S. economy, its trade relations, something he calls “sticky power,” are more influential and durable than military conquests. More leverage is gained with a U.S. economic presence in the world than without, he said. Without the oil export ban, that economic presence would only expand.

Menendez in 2010 expressed concern that “blood money” from British energy company BP helped secure the release of Lockerbie bomber Abdel Basset Ali al-Megrahi. Oil interests in that case gave Moammar Gadhafi substantial bargaining power. With U.S. oil production expected to decline by 2020, the United States is well positioned to use “bloody money” of its own for international gain before it’s too late.