Skyrocketing CEO Pay Hurts Everyone, and Here’s Why 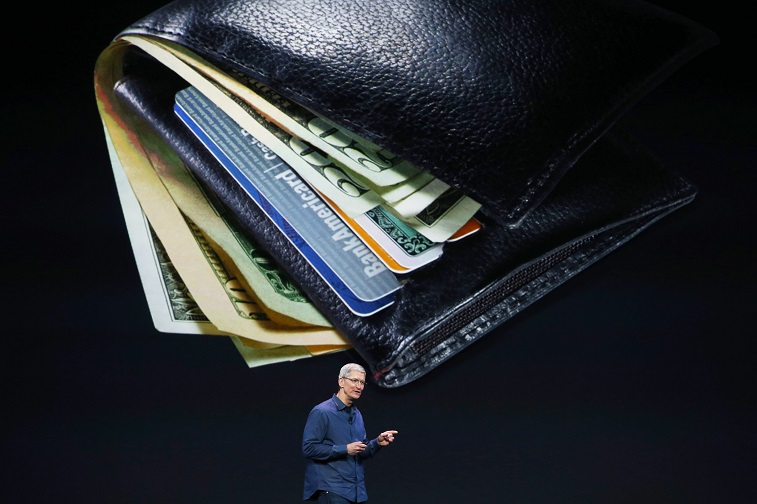 Executive pay has spiraled into the stratosphere in America. One result has been the propagation of a large income gap, creating a chasm between the rich and poor like never before. While examples of obscene wealth disparity are seen around the world in places like India, Saudi Arabia, and Russia, Americans always took pride in our high degree of social mobility, and that we took care of each other. This is becoming less and less the case.

Last year, The Economic Policy Institute released data which reflects the high degree of wealth disparity. It found that since 1978, CEO pay has increased by 937%, compared to a paltry 10.2% for the average employee. In their study, the EPI also found that the average CEO’s salary in 2013 came in at $15.2 million, an increase of 2.8% from 2012 and up 21.7% since 2010. These numbers may indicate that some companies took advantage of the financial crisis to shift more profit towards the paychecks of executives, rather than stave off layoffs and other cost-saving measures.

Al-Jazeera America points out that while the average annual salary figure of $15.2 million is very high, it’s not quite as high as it was in 2000 prior to the 2001 stock market crash, when salaries averaged $18.5 million. While high CEO salaries can be used as an indicator of a strong economy and strong markets, this may not be the case with America’s current situation where the median household income averages around 0.33% of a CEO’s salary today, at roughly $51,000.

“The increase in CEO pay over the past few years reflects improving market conditions driven by macroeconomic developments and a general rise in profitability. For most firms, corporate profits continue to improve, and corporate stock prices move accordingly. It seems evident that individual CEOs are not responsible for this broad improvement in profits in the past few years, but they clearly are benefiting from it,” the report says.

“This analysis makes clear that the economy is recovering for some Americans, but not for most.”

The failure of the economy to recover over the past six or so years has been the biggest thorn in the side for Americans across the country. It’s true the stock market has reached record levels, and job numbers have recovered to pre-recession levels. Business valuations are through the roof, and product prices have gone up as well. The cost of living, rent, and food are all on an upward trajectory. The one thing that has been left behind is wages.

It’s becoming more and more obvious that the idea of America as a ‘meritocracy’ is little more than a myth. The death of the meritocracy has been a byproduct of the widening wage gap, where traditional ladders for upward economic mobility have been shut off to many who, at one time, could use them to gain a foothold. For example, the cost of education has grown to such insane heights that many young people have been priced out of an education.

Investing has also become a luxury for those better-off, as families have needed to hang on to every dollar to make ends meet.

To further illustrate the point that the old ‘climbing the ladder’ system is in its death throes, a study put together by the progressive think-tank The Century Foundation shows what many would consider to be the ‘American dream’ is no longer attainable by most, and somewhat ironically, is more achievable to individuals living in advanced countries other than America.

Another study, from Pew Charitable Trusts, says the vast majority of individuals born on to the bottom rungs of society never ascend past the middle. The study also demonstrates that while some of the bigger factors in economic mobility are things like race and dual-income status, the biggest is financial capital.

“Prior Pew research shows that although the vast majority of Americans have higher family incomes than their parents did, only half exceed their parents’ family wealth. In fact, an estimated 40% of families do not have enough savings to replace even three weeks of income. This means that families can experience income gains and even upward income mobility but remain economically insecure because they lack a personal safety net,” they said.

The problem with securing more financial capital, is that for the overwhelming majority, it needs to come in the form of wages. Since wages have all-but stagnated since the late 1970s, securing such capital has become much more difficult. One way the frustration of wage stagnation is starting to rear its head is in the recent fights over minimum wage. President Obama has made it clear he supports a boost to the federal minimum wage, and many cities and states have taken it upon themselves to try and pull their lowest-earning citizens above the poverty line.

The problem is, the minimum wage, at current levels, is not enough for people to get by. The average age of a fast food worker being 29, more and more people are relying on low-wage jobs to feed their families. There simply isn’t any options for many people, and they will take any job they can find. If employers decide en masse to replace low-wage workers with automated systems, the amount of unemployed workers is going to continue to grow until the income gap is so great that drastic measures will need to be taken.

While it may not seem very important at first glance, there are a lot of underlying problems with out of control executive pay that can effect the whole country. The idea of a meritocracy doesn’t have much weight any more, and the social economic ladder of yesteryear has been demolished by the powers that be to keep their interests intact. Measure will need to be taken to counter the problems of the future, or some serious rewrites to the tax code must be done to normalize the income gap to some degree.

Everyone deserves a raise here and there, but when the figures come back as 937% to 10%, some serious self-examination may be in order.