Why So Many Young People Make These Credit Mistakes 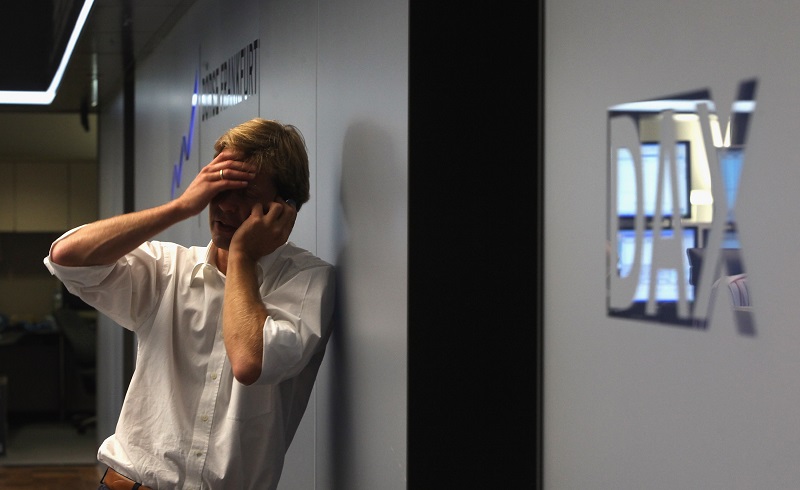 Student loan debt not enough of a burden, whippersnappers? Now you can see what a lack of basic education related to personal finance has done to you, too. According to new research from Credit Karma, Americans are making huge financial missteps relatively early in life, and the worst part is that these mistakes are generally and largely avoidable — but you need to have a clue in order to maneuver.

Credit Karma’s research into what it calls “Credit Fumbles” is based on a survey of more than 1,000 Americans between 31 and 44 years old, all members of the company’s database that’s comprised of more than 45 million. There’s a ton of good data to dig through, but what stands out the most was the finding that more than two-thirds of respondents said they had experienced a major “Credit Fumble” before turning 30. That means that they had either defaulted on a loan, got themselves deep into credit card debt, or had missed payments.

While a lot of people deal with these types of financial missteps at some point in their lives, the relatively young age at which these “fumbles” are happening is worrisome, as it can impact credit scores and hamstring people as they grow into adulthood. That means trouble finding financing for housing, continuing an education, or even funding the education of a loved one.

As we’ve previously covered, this is one of the primary reasons the millennial generation is stuck with the perception that they refuse to grow up. Given credit and financial situations across the country, many are facing some real barriers to adulthood — most of which are due to financial constraint.

Add to that the fact that wage growth is essentially nil, while the price of rent, education, and almost everything except gasoline continues to sharply increase. Credit Karma’s insight into these “Credit Fumbles” looks as though it definitely ties in.

But that was just one of many revelations uncovered by Credit Karma’s work. If you take the time to dig into the data, it becomes abundantly clear that these “Credit Fumbles” are more often than not rooted in decisions that were not exactly irresponsible — like the 45% of respondents who said they first took out a credit card in order to build up their credit history — and that the amounts are not exactly small. A quarter of respondents who said they had defaulted on a loan, did so on a loan that was more than $10,000.

The real problem, as is abundantly clear, has to do with education. Only around a quarter of those surveyed, or 28%, said they had “received some type of personal finance education before college, with the majority of that education (58%) coming from parents.” To build off of that, “more than two-thirds of people surveyed (69%) did not properly understand what credit scores were when they got their first credit card; 73% said that better financial education could have prevented them from making credit-related mistakes.”

This may not be much of a surprise to anyone who remembers finding their mailbox stuffed with credit card applications around their 18th birthday. Finance companies know that young people are likely to be clueless when it comes to money management, and take advantage of it. Kids aren’t taught anything about personal finance or credit, in many cases, and the resulting ignorance is hindering entire generations.

It partly explains why some people are seemingly willing to take out hundreds of thousands of dollars to earn a bachelor’s degree — which guarantees them nothing and can be earned for significantly less in most cases. It points to the fact that people don’t understand what they’re doing when they sign up for loans or credit cards, and don’t understand the risks.

Credit Karma CEO and founder Kenneth Lin sees this as well. “These early mistakes can have a lingering impact on the quality of people’s lives and we feel that with better, targeted education and learning tools for new-to-credit consumers, this cycle can be broken,” he said in a press release.

Breaking that cycle will take some significant change, on many societal levels. Though Credit Karma and companies like it are offering services that can help, changes in the educational system, and also on the individual level, are really what’s going to turn the tide. Young people obviously don’t understand what they’re getting themselves into when they sign up for credit or take out a loan, and that’s a real problem — a problem that stems from the fact that the vast majority of them aren’t taught anything about it.

While there is some personal responsibility that comes into play, we have to remember that we’re asking kids — minors, in some cases — to make these decisions, whether it be take out massive loans to pay for their dream school, or sign up for a credit card to build a credit score. It’s not a stretch for a young person to literally think that a credit card meant a bank was giving them “free money.”

“Credit Fumbles” are a real, society-wide problem that is going to take some macro-level changes to deal with. The best you can do, as an individual, is to educate yourself, your friends, and your loved ones in regards to money management and personal finance. And push for changes in our schools. If we don’t, we’ll end up with an economy comprised of professional loan-payers.

And that does not bode well for the future.