Why the Cracker Barrel Old Country Store Stock Is a Buy 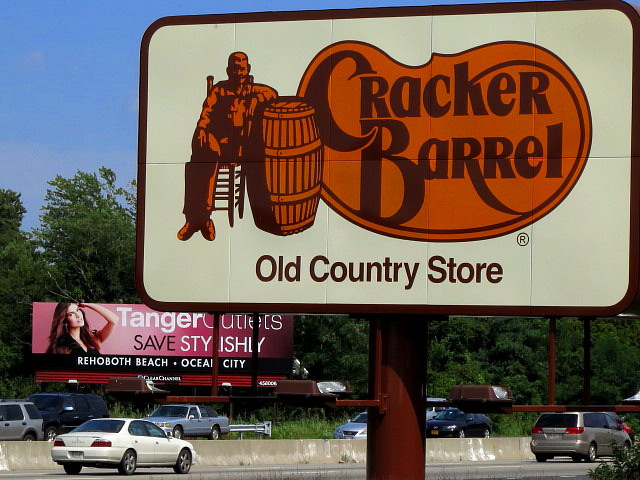 The Cracker Barrel Old Country Store Inc. (NASDAQ:CBRL) is one of my favorite restaurants. It is also very profitable. For those unfamiliar with the Cracker Barrel, it develops and operates an old country store and restaurant concept in the United States. It operates full-service restaurants, which provide breakfast, lunch, and dinner.

The company also operates gift shops that offer various decorative and functional items, such as rocking chairs, holiday and seasonal gifts and toys, apparel, music CDs, cookware, old-fashioned-looking ceramics, figurines, a book-on-audio sale-and-exchange program, and various other gift items. It also sells candies, preserves, pies, cornbread mixes, coffee, syrups, pancake mixes, and other food items. The company operates 626 company-owned locations in forty-two states. The stock has rewarded shareholders, up 65 percent in just two years. To top it off, it pays a bountiful 4 percent dividend yield. But is the stock a buy at current levels? To answer this question a review of the company’s performance is in order.

Cracker Barrel President and Chief Executive Officer Sandra B. Cochran stated, “Like many in our industry, Cracker Barrel continued to face headwinds during the quarter from severe winter weather, a challenging consumer environment and an increasingly promotional competitive landscape. Nevertheless, we continued to outperform our peers in the Knapp-Track casual dining index for the tenth consecutive quarter, while our field teams focused on controlling costs and preserving our operating margins.”

Looking ahead, based upon year-to-date financial performance, the company expects to report earnings per diluted share for the 2014 fiscal year of between $5.50 and $5.60, which implies adjusted EPS for the fourth quarter of between $1.50 and $1.60. The company now expects total revenue for the year of approximately $2.7 billion and an operating income margin between 7.7 percent and 7.9 percent of total revenue. The revenue projection for fiscal 2014 reflects the expected opening of seven new Cracker Barrel stores, projected increases in comparable store restaurant sales of approximately 0.5 percent, and approximately flat comparable store retail sales. Cracker Barrel anticipates an effective tax rate of between 31 percent and 32 percent.

The company also expects capital expenditures for fiscal 2014 to be between $90 million and $100 million. All things considered, the company is solid. The dividend yield is superb, the company is growing and the stock is reasonably priced at 19 times earnings. I think its success will continue, and I rate the stock as a buy.

Disclosure: Christopher F. Davis holds no position in Cracker Barrel and has no intentions of initiating a position in the next 72 hours. He has a buy rating on the stock and a $122 price target.