Why the World Should Brace for a Future U.S. Oil Embargo 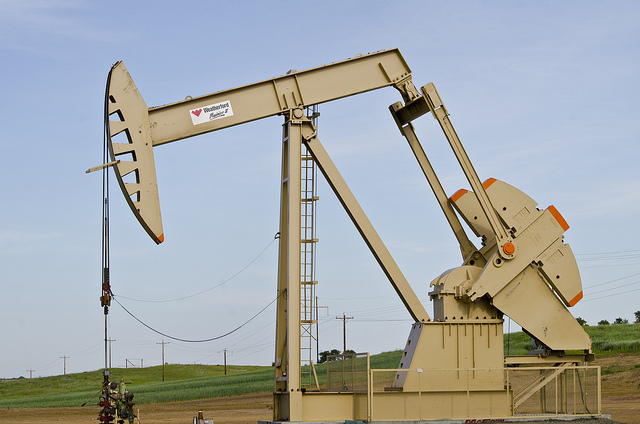 U.S. policymakers are divided over what to do with the glut of domestic oil. Both sides of the debate craft their rhetoric around economic issues, though a report from a Washington think tank with close ties to the Obama administration said that misses the broader point.

“The United States should accept the reality of energy interdependence, take steps to decrease domestic consumption and diversify supplies, facilitate broader energy exports, and more deeply and creatively integrate energy security into strategic policy and military planning,” a report from the Center for a New American Security said.

The U.S. Energy Information Administration said crude oil production for the week ending January 31 was 8.04 million barrels per day, a 15 percent increase from the same time last year. That has lead many political leaders to say now is the time to reverse the ban on crude oil exports enacted in the wake of the Arab oil embargo in the 1970s.

“The International Energy Agency has warned that maintaining the ban may actually result in shut-in production, which would be to the detriment of the nation’s livelihood,” Murkowski said. “Lifting the ban is about increasing domestic production and creating jobs.”

The 35-page report from CNAS, written by senior fellow Elizabeth Rosenberg, said the economic connection that would come from exports could manifest itself as “coercive political influence” on the international stage. According to the Office of the Historian at the U.S. State Department, the oil embargo from Arab members of OPEC had global implications that lasted well beyond the 1970s. With crude oil exports, that same leverage would be in the hands of Washington.

Sen. Ron Wyden, D-Ore., chairman of the Senate Energy Committee, said he hasn’t taken a position on crude oil exports but wanted to make sure U.S. consumers won’t wind up feeling more pain at the pump “because of some theory that everything is just going to turn out hunky dory in the end.”

Rosenberg’s report said oil prices in particular have been held down because of the increase in production from U.S. shale deposits. The Commerce Department said last year’s average price of $97.01 for a barrel of crude oil imported into the United States was less than 2012′s average. Nevertheless, oil is traded in a global market that’s “deeply interconnected,” meaning U.S. consumer energy products like gasoline won’t be shielded entirely from international issues, the CNAS report said.

The Commerce Department said the United States imported 2.81 billion barrels of oil last year, down 9.2 percent from 2012. But that’s not necessarily an indication of economic protection. CNAS said much of the debate over what to do now ignores the geopolitical aspects of energy, however, suggesting the crude oil export debate is more than a dollars-and-cents issue in and of itself.