Why These 15 Cities Have So Much Student Loan Debt 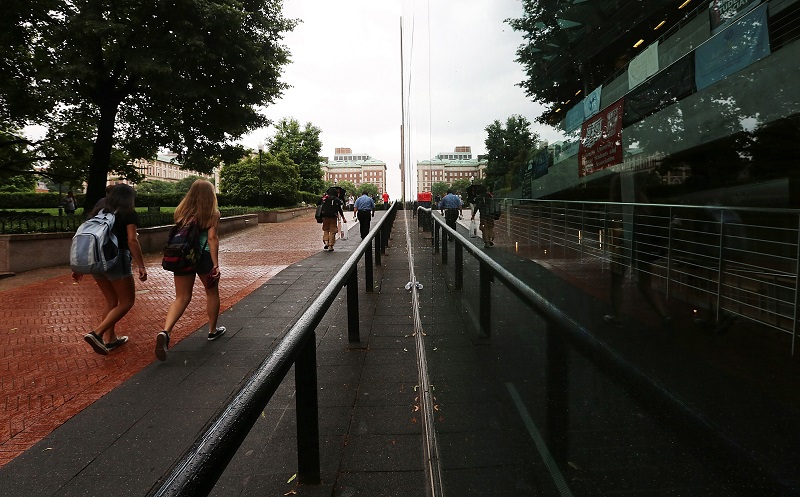 America has a big problem with student debt. Student loans have been handed out like hot cakes to prospective students, all eager to get into college and increase their chances at landing a well-paying, meaningful job after attaining their degree. But, as we know, college costs have gone through the roof over the past few decades. One of the major reasons for that is simply because there is more demand — so the availability of financial aid, coupled with a swelling in the number of higher educational offerings, has led to monstrous price increases.

As a result, the average college graduate in 2015 is saddled with roughly $30,000 in debt upon graduation. That has negative effects on the economy and there’s no clear plan, or even solid ideas, for dealing with it.

Some cities across the country are feeling the effects of the student debt crisis more than others. In fact, some cities have more or less become magnets for student debt, according to analysis by financial management firm Credit Karma.

Luckily, Credit Karma’s chief consumer advocate, Bethy Hardeman, was kind enough to give The Cheat Sheet some additional insight into why these cities attract so many residents with student debt. The answer, as you may have guessed, is complicated, multi-faceted, and riddled with nuance.

For starters, “there is greater student loan debt, per capita, actually, more toward the South,” Hardeman says. “Looking at people who have, per individual, a larger burden of student loan debt — that’s really focused in the Northeast.”

The reasoning behind that? The Northeast is home to a lot of the country’s higher-paying jobs, in places like New York City, Washington D.C., and Boston. It’s also home to the nation’s most expensive schools. As for why the South seems to have more debt per capita? “When we look at the Credit Karma data, including debt loads as well as credit scores, things are a bit lower in that region,” Hardeman says. “We think people are paying the minimum, and looking at more income-based repayments. That burden can remain really heavy if you’re only paying the minimum.”

Another thing about the top 15 — there are no western cities to be found, with the exception of Fort Collins, Colorado (home of Colorado State University). The primary reason for that, Hardeman says, is that cities out west have been experiencing strong economic growth as of late — like San Francisco, Seattle, Los Angeles, and Denver.

Another interesting caveat is that there are numerous state capitals that appear on the list: Tallahassee, Little Rock, Columbia, and others. Those cities are attractive mainly because they’re the seats of state governments, which can be alluring to new college graduates.

“There is a lot of migration toward those jobs,” Hardeman said. “The younger demographic goes to the city centers, and those state capitals more often.”

Obviously, there’s a lot more to the rankings, so be sure to check out Credit Karma’s own insight as well.

Now for some critical advice — what does Hardeman say you can do to keep yourself out of trouble when it comes to student debt? Look at building, or repairing your credit, first and foremost. Once you’ve been able to make some headway with your credit score, see what refinancing options are available to you. Again — if you’re only making minimum payments, you’ll be saddled with a longer burden, and end up paying more interest.

As mentioned previously, the student debt crisis is far-reaching, but some cities and areas of the country are going to be more deeply affected than others. As for solutions? It doesn’t look like anything’s in the pipeline in the near term. The best you can do is make smart financial decisions on an individual level, and take into account future job prospects and degree costs when choosing a school and major.