Wage Theft Is a Growing Problem in America 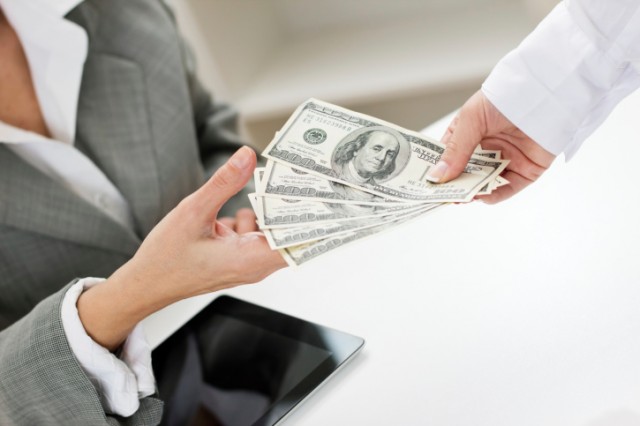 The Wage and Hour Division (WHD) of the Department of Labor protects wages and enforces laws that cover more than 7.3 million establishments and 135 million workers. The WHD has determined that certain industries are more likely to have workers who are cheated out of their wages, as well as workers who are less likely to speak up against those who are cheating them.

In order to have far-reaching results, the WHD uses civil money penalties, liquidated damages, and debarments; it is also looking at supply chains and attempting to discourage the use of subcontractors or suppliers who don’t follow the laws. In addition, staffers publicize violations so that employers can be educated about their responsibilities. This makes it possible for employers and employees to learn from the issues that other companies face. The WHD’s job is to protect the wages of citizens, but you can also take steps to protect your own wages.

In 2014, the WHD discovered that $240 million was owed to more than 270,000 workers. Since fiscal year 2009, the WHD has recovered over $1.3 billion in back wages for more than 1.5 million workers. According to the U.S. Department of Labor Blog, an average of over $659,000 in back wages were collected each day last year; more than $890 for each employee due back wages. That equates to 2.9 paychecks for a maid or housekeeper, and 3 paychecks for a cashier. Also last year, the WHD recovered $79 million owed to 109,000 workers in low-wage industries. The WHD targets its investigations based on data, and evidence leads them to industries where there are often problems and violations. From 2009 to 2014 there was a 20% increase in establishments found to be in violation. Of agency-initiated investigations during 2014, 78% were found to be in violation.

Of those workers in low-wage industries, there were many cases of back wages for employees working at restaurants, day cares, health care, as well as other industries. There were 1,430 agriculture cases, 1,144 day care cases, 5,118 restaurant cases, 239 garment manufacturing cases, 1,581 health care cases, and 1,049 hotel and motel cases. Restaurants accounted for over $34 million in back wages alone. There were also several child labor cases in 2014, including 591 cases with violations.

It is clear that in industries where workers are less likely to complain or report problems, many violations are taking place. Policies need to be current and applicable within each business, proper wages need to be enforced, and workers need to be comfortable enough to report issues. According to Secretary Tom Perez, some employers interfere with WHD investigations, giving false information or intimidating workers.

Workers need to understand that in order for issues to get better, they have to report the problem. The WHD will even request a restraining order if an employee feels threatened. Obviously, in order to protect wages, you must be comfortable enough to come forward if there are issues, but there other ways that you can protect your wages as well.

If you are concerned that you are currently not receiving wages that you are owed, you can go to a lawyer. For basic information, you can also look at websites like Can My Boss Do That? The National Employment Law Project is another resource. If you are attempting to gain access to wages that you have not yet received, you should contact the WHD. There are also several Worker Centers which have people who can advocate for you. Make sure to document as much as possible, and keep notes about when and how you were underpaid or had wages withheld.

On the other hand, it is also important to protect your company from wage and hour lawsuits if you are in a position to do so. The first step of course is to have fair and legal wage practices. However, there is always the chance of a dishonest employee, so you should learn to protect your company in addition to being honest yourself. If possible, use a time clock for hourly employees. Keep detailed records of everything, including the hours worked and the necessary human resources information about each employee. Also be sure to allow employees to take the breaks that they deserve by law, and pay them when they work overtime.