Why Wal-Mart Eyeing India Is Good for the Stock 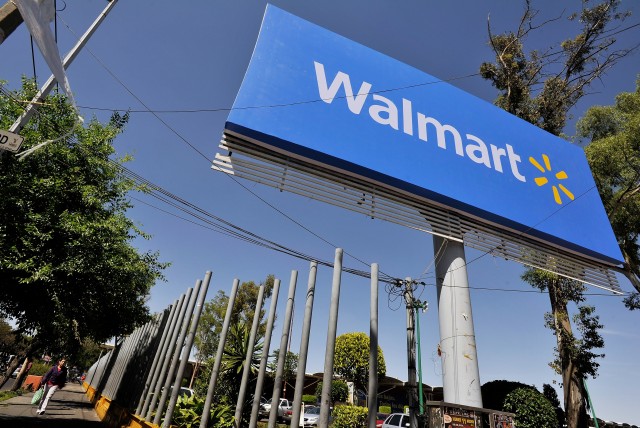 Fox Business on Friday reported that Wal-Mart (NYSE:WMT), the world’s largest retailer and the world’s largest company by revenue, intends to carry out a couple of growth initiatives in India. The first is that the company is launching a business-to-business e-commerce platform in Lucknow and Hyderabad. While this program is in the early phases, it could yield game-changing results that allow Wal-Mart to compete with some of the larger e-commerce companies that investors have valued very highly. such as Alibaba.

The second is that it plans on opening roughly 50 stores in the emerging nation. Fifty stores is a lot, considering that the company currently operates roughly 6,100 stores with compounded annualized sales growth of just more than 3 percent over the past several years. It means that if Wal-Mart continues to target this growth rate for the entire company, then more than a fourth of this growth is coming out of India.

I think that this is an excellent move for Wal-Mart, and it adds to a long list of reasons to find the stock attractive. India is one of the fastest-growing economies in the world. Its GDP has grown from about $722 billion in 2004 to $1.84 trillion last year, and this means that its annual GDP growth has averaged about 11 percentper year. This is despite two years of negative growth.

India also has a young, vibrant population with a tremendous amount of technical ability. India’s population is just over 1.2 billion people, and it has been growing at about 1.4 percent per year over the past 10 years. However, India is among the world’s poorer nations. India’s GDP is about 12 percent of the United States’, and yet its population is about four times larger.

These attributes combine to make India an ideal place for Wal-Mart to invest in future growth. Wal-Mart’s market niche is that it offers low prices to consumers, and this should appeal to the nation’s less affluent citizens. As the country’s population grows and as its citizens become wealthier, Wal-Mart stands to benefit by investing there today because it will establish itself now as a quality and reliable retailer.

By investing in India, Wal-Mart is adding to a growing list of initiatives designed to spur growth, including:

While these initiatives haven’t resulted in tremendous growth as of late, they will ultimately pay dividends in the long run. Wal-Mart is looking toward the future with the knowledge that it cannot grow the way it used to, but that it can use its size in order to compete in virtually any market.

Given these points, I think Wal-Mart is an excellent holding in virtually every portfolio. The stock has been weak this year, and the market has given investors the chance to pick up the stock inexpensively as it focuses on higher beta names, the appeal of which is most likely transient. The stock trades at about 15.6 times earnings and pays a 2.55 percent dividend. I think that shares can trade a bit lower in the coming weeks, and that investors will get an opportunity to buy in the low $70 range. If this opportunity does arrive, it should be exploited.

Disclosure: Ben Kramer-Miller has no position in Wal-Mart.