Talk about legalizing marijuana for medical and recreational purposes has become more popular than ever. Colorado and Washington have led the charge in both medical and recreational use, serving as the templates for recent adopters Alaska, Oregon, and Washington, D.C. as well as other states that are likely to follow in 2016 or shortly after. The potential for growth, both in business and in general application about how marijuana works, is huge. But the problem is that even though support for the substance is growing, research about it still lags far behind. This means that people adopting the use of marijuana still don’t have a good idea about any effects linked directly to the drug. We also have very little concrete information about the vast potential for using marijuana to alleviate numerous afflictions.

Most of the reasons there isn’t an abundance of marijuana research and information boils down to the fact that the federal government makes it very difficult for people to conduct meaningful studies — even when they are qualified scientists working through accredited research institutions. Marijuana started to become outlawed in the 1930s in the United States (it wasn’t always illegal to possess it), and was criminalized by 1937. Harry J. Anslinger, the first commissioner of what was then the Federal Bureau of Narcotics, called marijuana a “menace” drug. 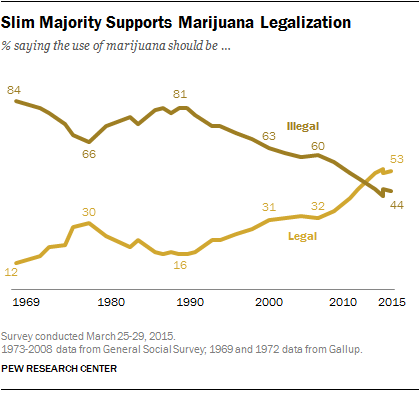 “The deleterious, even vicious, qualities of the drug render it highly dangerous to the mind and body upon which it operates to destroy the will, cause one to lose the power of connected thought, producing imaginary delectable situations and gradually weakening the physical powers. Its use frequently leads to insanity,” he wrote in a statement as part of his testimony before Congress, supporting the Marijuana Tax Act of 1937. Despite later studies that disproved the alleged propensity toward violence under the influence of marijuana, that attitude has prevailed on the federal level. The Drug Enforcement Administration (DEA) still classifies marijuana as a Schedule 1 drug, meaning the federal government officially believes it has no beneficial use and is among the “most dangerous drugs.” In the current system, marijuana is considered more dangerous than cocaine, oxycodone, and methamphetamine.

Because of its classification and federal ban, it’s difficult for scientists to be approved to study its effects, even on animals but especially on humans. Researchers have to jump through hoops to test the effects of any drug, especially on humans. But obtaining cocaine and meth is easier than marijuana, Tufts University Researcher Fair Vassoler explained in a TIME Magazine article. The problem is that even though states are moving forward with approving the drug for medical and recreational uses (23 states and the District of Columbia have approved marijuana for medical purposes), it’s not easy to discover the implications of its use — good and bad. 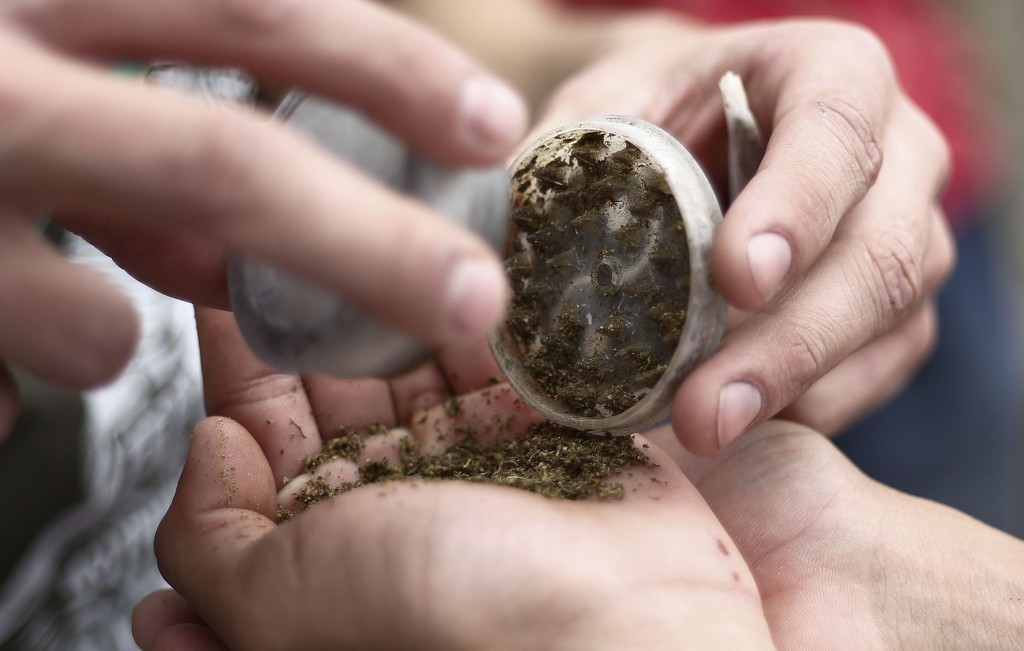 Some of that is starting to change, both at state and federal levels. Senator Kirsten Gillibrand (D-NY), Sen. Cory Booker (D-NJ) and 2016 Presidential hopeful Sen. Rand Paul (R-KY) introduced a bill this year that would change marijuana’s classification to become less severe, and also allow patients with epilepsy and other seizure disorders to use marijuana, completely free of fear of federal prosecution. The bill would provide immediate relief for patients who have waited for medical marijuana treatments for years now, such as in states like Pennsylvania. It would also allow for research to flourish. “For far too long, the government has enforced unnecessary laws that have restricted the ability of the medical community to determine the medicinal value of marijuana and have prohibited Americans from receiving essential care that would alleviate their chronic pain and suffering,” Paul said in support of the bill.

One organization who is keenly aware of the government’s restrictions is the Multidisciplinary Association for Psychedelic Studies. The group goes by MAPS, and has tried to secure funding for marijuana research since its founding in 1986. The DEA and National Institute on Drug Abuse (NIDA) both impose roadblocks on the research process. NIDA is the agency that controls the distribution of marijuana supplies for research. If researchers conduct legitimate studies, they normally need to use government-supplied marijuana samples.

According to The Denver Post, research-grade marijuana is often less potent than the strains used in medical or recreational settings, which means results still vary greatly. California has funding medical marijuana research on its own to combat this, and in May 2014 Colorado awarded $9 million in research grants for various studies that use marijuana strains actually administered to patients in that state and in others. “Our intent is to be rigorous scientifically, but to also act with some expediency because these are products that a large percentage of our population is using today,” said Dr. Larry Wolk, the executive director and chief medical officer of the health department. “We want to make sure that what’s happening out there in everyday practice isn’t harming people.”

MAPS was awarded $2 million for a research grant to study the effects that smoking marijuana has on veterans who suffer from Post-Traumatic Stress Disorder, or PTSD. On its website, the organization said it has yet to receive the marijuana from NIDA. Another researcher, Sue Sisley, had her study also related to marijuana treatment for PTSD approved by the FDA in 2011. As of March 2014, she had yet to receive the necessary marijuana samples. “There is a desperate need for this research, but it’s impossible to study this drug properly in an atmosphere of prohibition,” she told The Washington Post.

The science behind marijuana use will likely catch up, sooner or later. It’s becoming more of a promising prospect, especially as senators and even President Obama have gone on record to cautiously say they believe there can be some medical advantages to using marijuana in certain treatments. The issue is that it’s still taking far too long to greenlight the science. Though more recent studies have rejected the idea that marijuana is harmful, research to be sure of this should be able to keep pace with the legalization happening across the country. And if it’s indeed proved to be beneficial to hundreds of thousands of patients, we’ll look back in the decades to come and wonder what took so long.