Why Wells Fargo Is a Winning Bank Stock 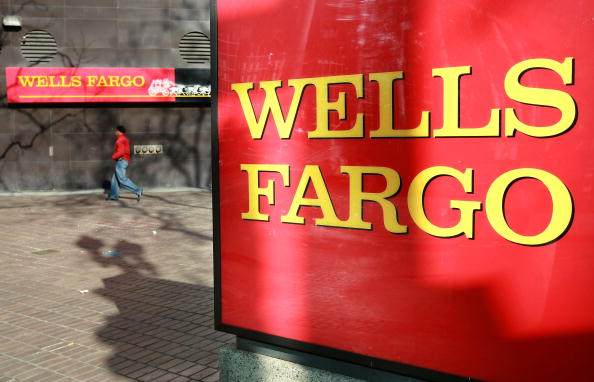 Investors sold off shares of large banking institutions extremely aggressively during the bear market of 2007-2009. Many of them have yet to recover these losses. However, one of them – Wells Fargo (NYSE:WFC) — is hitting all-time highs. Furthermore, Wells Fargo has quietly become the largest banking institution in terms of net profits and market capitalization.

Another interesting fact about Wells Fargo is that it has bucked the downtrend in financial shares. Wells Fargo shares are up over 10 percent for the year. Meanwhile, the shares of all of the other large financial firms are down for the year:

Furthermore, we find that Wells Fargo shares trade at a premium to these financial firms in some key metrics. For instance, Well Fargo trades with a premium price-to-book multiple of 1.5. The above institutions all trade at discounts to their stated book values. Wells Fargo trades with a 12 price-to-earnings multiple, whereas these firms trade with lower P/E multiples with exceptions found in Bank of America, which trades at a higher multiple due to a first-quarter loss, and JPMorgan.

There are a couple of reasons for this success.

The first is that Wells Fargo does an excellent job of doubling as a bank and a broker for many of its clients. Nearly a third of its revenues come from fund management and brokerage/advisory service fees. This reflects the company’s strong relationships with its clients that seem to be lacking with other financial institutions.

Second, these other institutions have had their reputations tarnished, particularly as brokers. Recall, for instance, that Goldman Sachs was accused of finding buyers of toxic mortgage derivatives that its hedge fund client — John Paulson — chose as candidates for his short-selling fund.

These other companies have also had trouble with the Justice Department, the Securities and Exchange Commission, the Commodity Futures Trading Commission, and other government regulators as a result of the financial crisis. Wells Fargo took TARP money in 2008 and its stock price took a nosedive in 2009, but other than that, the company was relatively unscathed. This makes the company an excellent candidate for a partner to large clients.

Third, the other financial firms have relatively large trading businesses, particularly JPMorgan, Morgan Stanley, and Goldman Sachs. Wells Fargo got just 4 percent of its first-quarter revenues from trading. Those who follow financial institutions know that the regulatory fallout from the Dodd-Frank bill makes this kind of business less profitable. Many of the aforementioned firms listed this as a reason for weak first-quarter performances.

As a result, they have decided to cut back this part of their businesses. While this may be beneficial longer term, they are going to take revenue and profit hits, and investors have sold off their shares accordingly. Wells Fargo, being largely unaffected by this, is seeing its shares hit new highs.

Given these points, Wells Fargo stands out as a large-cap financial institution worth betting on if you want exposure to this sector. Weakness in the other names may give investors reason for concern, and in fact, I think there is evidence of economic sluggishness that will hurt financial institutions. However, Wells Fargo has proven its ability to grow where others could not and avoid losses that are hitting other firms despite the fact that the financial crisis was 5-7 years ago.

Thus, Wells Fargo is a name to consider buying on weakness. Even though it trades at just 12 times earnings now, I think it is irresponsible to buy a stock near its all-time high. Given weakness in other names in the sector and given general stock market concerns, I think a pullback could be coming, and I think that shrewd investors will be buying in the $46-$48 per share range.

Disclosure: Ben Kramer-Miller has no position in Wells Fargo or in any of the stocks mentioned in this article.