Why You Don’t Want to Be a Farmer in America 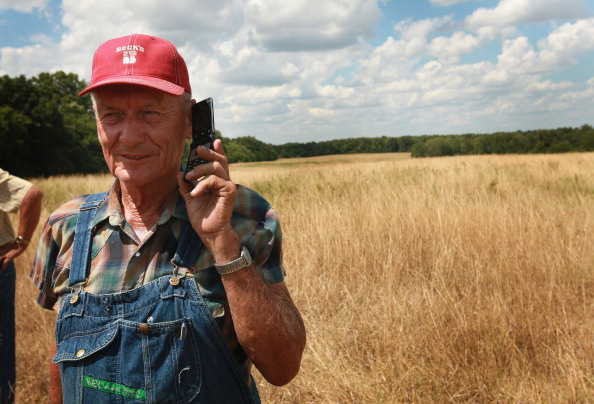 It’s no secret that the local food movement has become more mainstream in recent years. Everywhere you look it seems there is another reverent article about a new, farm-to-table restaurant in which the chef has perfected some amazingly creative feat with kohlrabi or heirloom carrots, golden beets or pasture-raised pork belly. And though buzzwords circling the sustainable agriculture movement abound, “small-scale farmer” is perhaps one of the movement’s most ubiquitous and cherished, while small farmers themselves, it seems, are its most celebrated poster-children.

Yet among all the quaint editorial spreads of lush hillsides, dirt-smudged, grassy-kneed, bright-eyed young farmers and rooftop local food dinners à la Martha Stewart, there is, according to small farmer Bren Smith — whose August op-ed in The New York Times created quite a stir — a darker, gloomier reality hiding beneath the optimism.

Smith is a shellfish and seaweed farmer based on Long Island Sound who says that the reality of farming is often overlooked in favor of the happier, brighter vision of colorful farmers’ market displays, or the manicured gardens at institutions like Stone Barns, a non-profit farm that has been featured in The New York Times several times. “The dirty secret of the food movement is that the much-celebrated small-scale farmer isn’t making a living,” Smith writes. The glamorized vision most consumers have of the modern, small family farm simply isn’t accurate, he opines.

Smith notes that 91% of all farm households rely on multiple sources of income, with most finding it impossible to survive solely on a farming income, meaning that most of those bright-eyed and bushy-tailed farmers’ market vendors are often office drones by day or waitresses on the weekends.

One might think that the food movement would have benefited farmers economically, especially considering the rise of community supported agriculture programs and a new abundance of farmers’ markets, but that’s not the case, Smith says. “Weekend farmers’ markets remain precious community spaces,” he continues, but “sales volumes are often too low to translate into living wages for your much-loved small-scale farmer.” As a result, the median farm income was negative $1,453 in 2012, and according to the Bureau of Labor Statistics, the number of farmers, ranchers, and agricultural managers is expected to decline 19% between 2012 and 2022.

But where does the money go, then, if not into the earthy palms of our struggling small farmers? Smith says there are number of reasons why small farmers aren’t benefiting from a resurgence of interest in local food. If anything is to change, he adds, small farmers must band together and demand legislative changes in favor of producers.

Restaurants, perhaps ironically, are one contributor; chefs love to use local food and seem to relish the opportunity to utilize interesting ingredients and “restaurants bait their menus with homages to local food, attracting flocks of customers willing to pay 30 bucks a plate,” but Smith cautions,”chefs often use a rule of thumb: keep food costs at 30 percent the price of the meal.” This, he says, essentially ensures that “working the land remains a beggar’s game,” since organic farming is even higher-risk and higher-cost venture than the restaurant business.

Access to land, Smith says, is another huge obstacle; young farmers, he says, are more often unable to purchase land and, as a result, “are increasingly forced into neo-feudal relationships, working the fields of wealthy landowners.” Further, because young people’s efforts at getting into farming are often met with so many obstacles, and most children of farmers aren’t adopting the trade, the median age of the American farmer has risen steadily over the past few decades. As of the most recent data, the average American farmer is now 56 years old.

Smith also notes that small family farms often have to compete with both nonprofit farms (like Stone Barns), which receive huge grants for their trouble, or wealthy, retired or semi-retired “hobbyist” farmers who can afford to pursue a passion project which may never make any money. Worse, hobbyist farmers who otherwise might be taxed heavily, such as say retired hedge fund managers, can earn massive tax breaks from their farms, even if their farms only make a few hundred dollars a year.

Still, not everyone agrees with Smith. At least, not entirely. Smith’s op-ed was widely read among his fellow small farmers, and some of them have commented or responded to his piece, noting that while he’s right about the extremely challenging and none-too profitable nature of small farming, many of them wouldn’t trade their lifestyle for the world, let alone discourage their children from farming.

One such response comes from Jenna Woginrich, a homesteader, small-scale livestock producer and writer based in upstate New York’s Washington County. Woginrich blogs about her farm and writing life at Cold Antler Farm, and responded to Smith in an article recently published at the Huffington Post. “Farming has never been, and will never be, an easy life, but for many it is an easy choice.”

“The version of me who was too scared to farm would certainly be more solvent,” Woginrich writes, “but she certainly wouldn’t be happy.” Still, while Woginrich’s heartfelt response is a touching, it’s worth noting that she, like most farmers, relies substantially on an off-farm income (writing) to survive.

Another response comes from Joel Salatin, a big name (and big personality) in the the modern, diversified agriculture community, albeit somewhat divisive. Salatin wrote a letter to the editor which was published in the New York Times following Smith’s article which challenges Smith’s methods.

Salatin suggests there is plenty of success to be had, though not through the traditional pathways many small farmers are utilizing, “I’m happy to report that many young farmers are making a good financial go on their enterprises by following protocols completely the opposite of Mr. Smith’s assumptions and solutions.” Salatin is known for his libertarian views and he speaks frankly in his letter, “those of us doing well never go to the Agriculture Department offices. We don’t fill out grant proposals. We don’t go to farmers’ markets. College is not helpful for many. We do internships, direct marketing, and collaboration with accountants, marketers, equipment sharing, labor and distribution.”

While the jury is still out on whether farming is a smart financial decision, one thing certainly is clear: the local food movement is changing (and rapidly); being successful in such a tumultuous climate increasingly requires creativity, innovation, and plain old chutzpah.