Why You May Have Trouble Getting a Mortgage Anymore 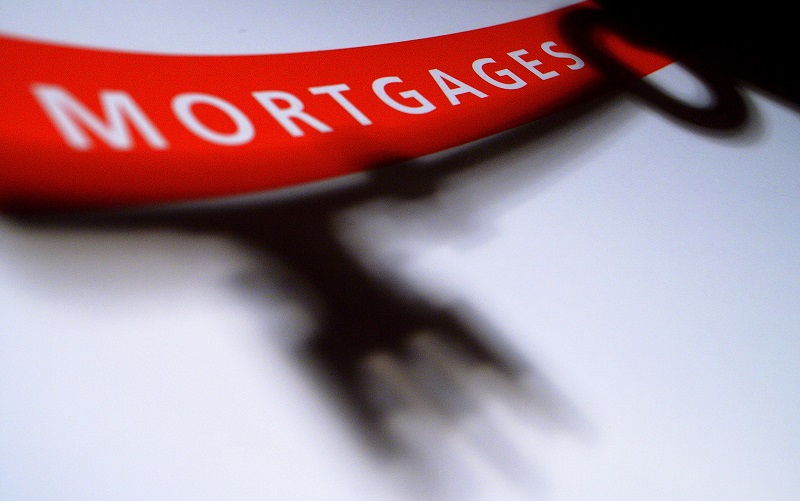 It’s been roughly a decade since the housing market topped out, with home prices reaching lofty peaks fueled by what we know now was fraudulent lending and poor decision making. In 2006 and 2007, after years of watching the bubble build, things finally started to fall apart, as foreclosures began to become rather commonplace in many American cities — eventually culminating in the financial crisis of late 2008, and the subsequent deep recession that many people are still trying to claw their way out of.

And here we are, in 2015, with the economy having rebounded, for the most part. The stock market is up, unemployment is relatively low, and we’re even starting to see significant progress on issues like the minimum wage. Yet there’s also another interesting development. It involves homeowners, as the economic crisis did seven or eight years ago, but it’s actually the inverse of the same issue; as if we’ve slipped through into a bizzaro-America, where instead of getting a credit card application or three arriving every day in the mail, people are struggling to get any line of credit at all.

That’s precisely what’s happening in the real estate market. Whereas the initial financial crisis was caused by lenders handing out mortgages like candy, these days, mortgages are actually too hard to get. The result is a bit of economic drag, which may be holding America back from full recovery.

This prognosis comes courtesy of The Urban Institute, which delved into the world of credit availability to find that lenders — ever-wary after the fallout from the past decade, and more-so of regulators — are being a bit too stingy with mortgage approvals, meaning that many potential homeowners are without approval.

What The Urban Institute’s researchers have pointed out is that the amount of cumulative risk lenders are willing to take is still quite low — way lower than it should ideally be, as can be seen in the chart below. 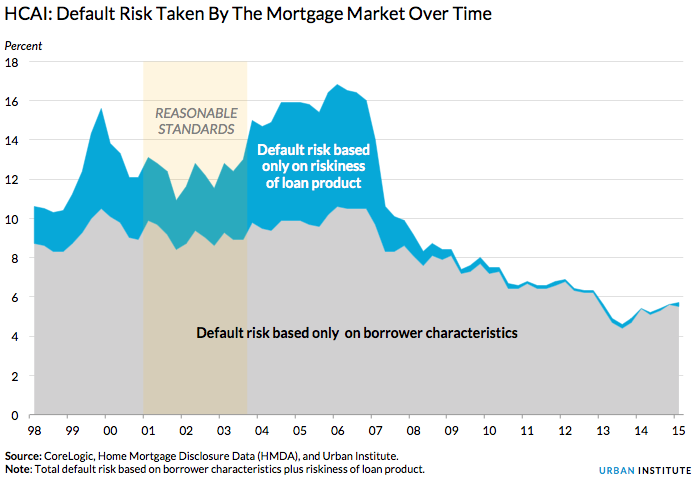 While it’s easy to understand why lenders would be playing it safe, especially after the catastrophic meltdown of a few years ago, the reluctance to lend is creating a clear economic drag on prospective buyers. We know that millennials, for example, have been slow to come around to the idea of homeownership — not that you can blame them. But now that they are getting older, and are starting families and looking for houses, their options are limited.

As The Urban Institute notes in its brief, what’s going to need to happen is that lenders will have to loosen up a bit. By the UI’s measures, lenders can take on a considerable amount of risk and still be playing it relatively safe. “Significant space still remains to safely expand the credit box, however. If the current default risk were doubled, it would still be well within the pre-crisis standard of 12.5 percent in 2001–2003,” the UI says.

Government may have a role to play as well. With tighter standards imposed by regulators, in an effort to avert another disaster, has the government created a scenario in which it’s made it too difficult for those who want a mortgage to get one? Some analysts think so. The Wall Street Journal recently featured an article explaining that economists from Goldman Sachs have judged that the next phase — and ultimate full-recovery of the housing market — will depend on the availability of credit from lenders. And that’s credit many aren’t willing to give. But the Obama administration is reportedly looking at easing standards to get money flowing back out to the masses.

With that, there is some good news. Kiplinger reports that things are loosening up, and mortgages should be easier to come by relatively soon. Programs put into place to help lower-income individuals (or those with bad credit or no down-payment into their own homes) are being brought back, and the government is limiting lenders’ liability on loans, meaning that the willingness to lend should spike.

It’s good news for homebuyers, especially millennials, who are looking to get into the market. We just have to make sure — damn sure — that we don’t repeat the mistakes of a decade ago.