Why You Should Consider Using Public Assistance Programs 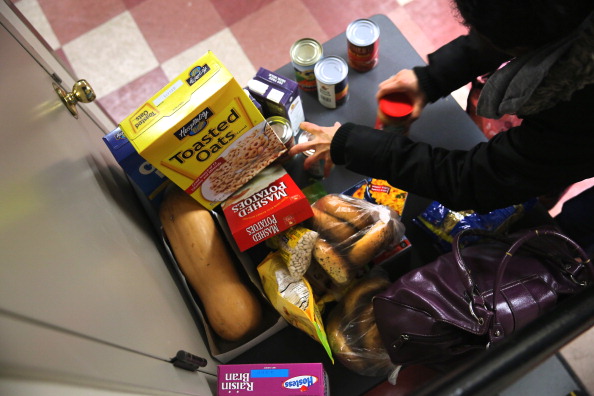 Welfare and public assistance programs get a bit of a bad rap in the United States. For one, they are incredibly expensive. We’ve written about this before, and it was found that welfare programs cost U.S. taxpayers roughly $153 billion on an annual basis. Of course, we also dole out a lot of greenbacks in the form of corporate welfare too, which it can be argued is not as essential. Either way, the terms ‘welfare’ and ‘public assistance’ tend to be lightning rods for controversy — but that doesn’t change the fact that they are vital to the economy, and provide a safety net for those in serious danger of losing everything.

As a result of the sensitivity revolving around public assistance programs, a lot of people are reluctant to explore them as viable tools for getting back on their feet. That is, there are a lot of Americans, still struggling in a slowly improving economy, that could use food stamps or housing assistance, but choose not to. In fact, usage rates for these programs are lower than they should be, and there is reason to think that if we could actually improve those rates, we may get more people out of poverty, and the economy up to speed in a shorter amount of time.

A report from the Brookings Institution dug into this a bit, and found that when it comes to benefits, a lot is being left on the table. Programs including the National School Lunch Program, SNAP (food stamps), the Earned Income Tax Credit, and the Special Supplemental Nutrition Program for Women, Infants and Children (WIC) all have non-participation rates of at least 17%, meaning that at least 17% of the people who qualify don’t take advantage of the programs. The program with the highest non-participation rate was WIC, with 37% of those eligible forgoing benefits.

This begs the question: why are Americans leaving money on the table?

Brookings found that one of the big reasons is, interestingly enough, long wait times. That means that the people who are in the most need of these programs — i.e., the working poor — have trouble finding the time to get to government offices to apply. Getting time off of work, finding transportation down to these offices, getting and paying for a babysitter, and then waiting in line? It’s not feasible for a lot of people.

Another reason is social stigma. Americans typically don’t like to admit that they are struggling, and a lot of people don’t like to admit that they need help. And even when people do enroll in these programs, others can look down on them as leeches, sucking up their tax dollars in order to supplement their low earnings — earnings that could be boosted if only they weren’t lazy.

While that stigma may serve as a spark of motivation to some, it’s actually detrimental in other aspects. Welfare and public assistance programs are in existence for a reason, and that’s to help those in need. For those that do need these programs, it’s a quicker, reliable way back to self-sufficiency than if they were left to their own devices.

Of course, that does mean that people need to use these programs in a responsible manner, and not abuse or become dependent on them. Abuse of these programs is what typically sours Americans’ views of them, and creates a sort of feedback loop of societal stigma, which can turn people away from enrolling in these programs.

When people who need public assistance to get back on their feet don’t use it, they remain socially immobile, which further hurts the economy and doesn’t do anyone any good. For example, if you’re struggling with making ends meet, and having your child’s lunch paid for helps you scrape together some extra cash to build an emergency fund or pay down some debt, there’s really no reason not to do it. Yes, there might be a bit of stigma that comes along with it (or not), but that’s why these programs exist in the first place: to help people out.

The idea is that you won’t be using it forever, of course.

Investigating which programs you qualify for, and that can be of real help to you and your family, may take its toll on your ego. But they can serve a real purpose. A lot of people are forgoing these advantages and it’s slowing them down, and the economy at large.