Will America’s Pledge To Cut Emissions Drag Down The Economy? 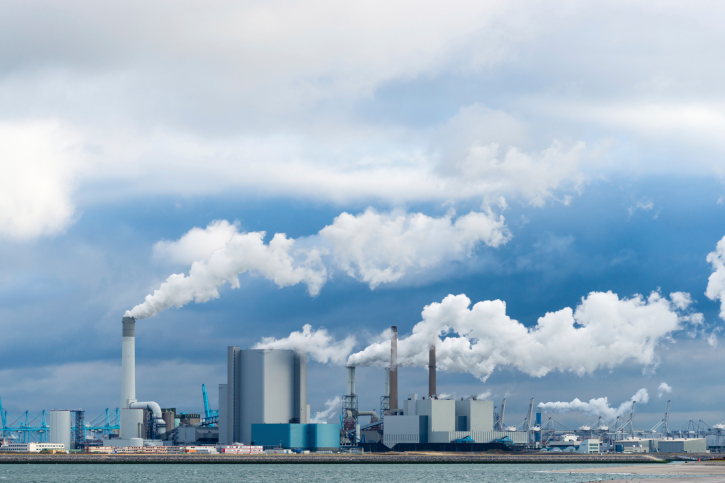 Depending on what you think about climate change and government regulation, the U.S. taking a pledge to cut emissions either sounds like an absolute necessity or an economic death sentence. That pledge calls for cuts to emissions between 26-28% below 2005 levels, according to NBC News, within the next decade. It’s all part of an international climate change treaty, and is related to the climate deal that was struck between president Obama and Chinese leadership a few months ago.

And the Obama administration is ready to jump on board.

Brian Deese, a senior advisor to the president, penned an article for Medium addressing the situation, and says that the joint agreement between the world’s two biggest economies — and two biggest emitters of greenhouse gas — is proof that both countries are taking climate change seriously.

“With today’s submission of the U.S. target, countries accounting for more than half of total carbon pollution from the energy sector have submitted or announced what they will do in the post-2020 period to combat climate change,” Deese writes. “That’s a big deal, because truly global challenges demand global solutions. Climate change is real, it is being driven by human activity, and it is not a problem any one country can solve on its own.”

He continues, “The United States’ target is ambitious and achievable, and we have the tools we need to reach it. The goal will roughly double the pace at which we’re reducing carbon pollution through cost-effective measures using laws already on the books.”

As for how the administration plans to reduce emissions over the next ten years, all signs point toward increased regulation.

Specifically, Obama plans to use executive actions to cut emissions, improve fuel economy standards, and impose more stringent rules regarding emissions from power plants, landfills, and oil and gas companies. The big worry, naturally, is that those rules will hurt businesses. By imposing additional costs on industry, through increased regulation will lead to lost jobs and hurt the economy. Of course, the counter argument is that if regulations are not imposed, and big business is allowed to continue wide-scale pollution of the environment, there won’t be much of an economy left to worry about.

The truth is, the businesses that create greenhouse gasses are already passing off their costs onto the rest of the economy through externalities. Pollution, being the most prominent example, already does harm the economy in other ways, by harming public health, and by passing clean-up costs onto taxpayers, private citizens, and other companies. Instituting more aggressive regulatory measures, in many ways, means simply forcing those costs back onto the businesses that are initially creating them.

Yes, that does mean that profitability can be hurt, and could end up in cost-cutting measures by those companies. That might mean job cuts in the end.

But what’s important to keep in mind is that there is a trade-off at work. If the cost of doing business — particularly business that creates a lot of pollution — becomes more expensive, there is an incentive created to sway people away from participating. That doesn’t mean energy creation demand goes down, however, so other technologies can come in to pick up the slack.

This means that green, cleaner methods of producing energy could become even more important, economically speaking. So-called ‘green jobs’ are one of the fastest-growing sectors in the economy, and that growth could be accelerated as entrepreneurs and other businesses jump into clean energy, creating new, more efficient technologies and driving prices down through increased competition.

The question is whether or not the growth in green energy production, and the economic gains created by that industry, will be enough to offset any potential economic damage imposed by increased regulations on heavy polluters.

The Obama administration seems to think so. “ We can take on climate change, grow the economy, and create more jobs and opportunity for the American people at the same time,” says Deese. “Over the last eight years, we’ve cut more carbon pollution than any other country and brought our economy back from the biggest economic downturn since the Great Depression, creating more than 12 million jobs over 60 straight months of job growth — the longest streak on record.”

But by shaking things up in a rather large way, can that momentum be sustained? It’s a gamble, but it’s also action that is probably necessary as we face an uncertain future, as far as the climate and environment goes.