Will Big Banks Get Rich Off the Marijuana Gold Rush? 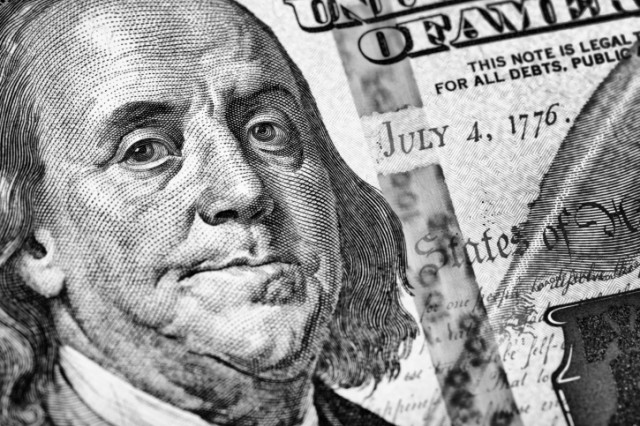 The marijuana industry in the United States was estimated to be worth about $2 billion in 2013 and is expected to grow to $2.34 billion this year. This industry, as one may expect given its position in the legal gray zone, operates almost entirely with cash because legislation to reconcile the differences between state and federal law is either nonexistent or insufficient. Moreover, what compliance requirements are in place are often excessive, placing large burdens on any financial institution that tries to service the industry.

In order to address this problem, Democratic Reps. Denny Heck from Washington and Ed Perlmutter from Colorado brought the Marijuana Business Access to Banking Act (MBABA) to Congress in July 2013. If passed, the act would prohibit federal regulators from taking action against banks that are doing business with legitimate marijuana producers, sellers, or customers (legitimate in this case meaning legal at the state level).

The legislation “grants immunity from federal criminal prosecution or investigation to a depository institution providing financial services to a marijuana-related legitimate business.” However, the bill has yet to make it out of committee, and the folks at Govtrack.us calculate that there is just a 1 percent chance that the law will be enacted.

Twenty-one states and the District of Columbia have legalized medical marijuana, while Colorado and Washington state allow pot sales for recreational purposes to adults. As guidelines currently stand, the possession and distribution of marijuana is illegal under federal law, but in February, the Department of Justice (DOJ) and Treasury Department issued guidance stating that federal law enforcement will not prosecute marijuana businesses that comply with state law, as long as they comply with departmental pre-conditions. The DOJ will take action if marijuana is being distributed to minors or if business is done in states where it is illegal, or if guns and organized crime are involved.

What has made these guidelines more tedious is that banks would be required to file reports with the Treasury Department about all marijuana-related customers and also report suspicious activity anytime there is a cash transaction for more than $10,000. Some of the other red flags that must be reported by banks to the Treasury Department are evidence that a customer is using marijuana business for money laundering or criminal records of customers or a firm selling marijuana-like substances. The onus of doing business with a fully legally compliant marijuana company is placed entirely on the bank.

Karen Thomas, senior executive vice president for government relations and public policy at the Independent Community Bankers of America, told CNBC in February that most of its members felt it was too risky to do business with marijuana producers and that the guidelines required a lot of paperwork and due diligence to satisfy the prosecutors.

“It is very compliance intensive and risky if the bank misses something,” Thomas said to CNBC. “Those are things that are very difficult for a bank to be confident enough about to go ahead and provide the banking service. I think those hurdles are just too great to overcome.”

Big banks like Bank of America (NYSE:BAC) and JPMorgan Chase (NYSE:JPM) have generally kept themselves out of the mess and have refrained from providing banking services to pot businesses even in states where it has been legalized. One notable exception is that last year, Bank of America agreed to take marijuana-related revenue deposits from the Liquor Control Board in the state of Washington. An advantage in doing so is that collecting revenues does not require excessive compliance, and the bank does not have to directly deal with the businesses themselves. But that’s about as far as Bank of America has gone in lending to the industry.

According to the The Denver Post, banks like Wells Fargo (NYSE:WFC) and FirstBancorp (NYSE:FBP) have gone a step ahead and decided to stop refinancing commercial loans to landowners who leased out to marijuana businesses for fear that such property, if used as collateral, could be seized. Banks like Wells Fargo, Citigroup (NYSE:C) and JPMorgan have taken an extra step in precaution and stopped lending to medical marijuana dispensaries, too.

“In view of the complex, inconsistent legal environment relating to medical marijuana dispensaries, Wells Fargo Regional Banking has opted not to bank these businesses,” Wells Fargo officials said in a statement last year, per SFGate. “The policy extends to all medical marijuana dispensaries, and we have advised all such businesses that bank with us that they will need to close their deposit accounts. Additionally, it has been our policy not to provide merchant card processing services to businesses of this type.”

Perhaps the fact that most of the big banks are only now coming out of the shadows of the financial crisis and paying for their misdoings explains why they are not actively looking to get into industries that are still seeking full-fledged legalization.

Banks’ unwillingness to touch the industry even with a barge pole has been summed up pretty well by Don Childears, president of the Colorado Bankers’ Association, in an interview with The Denver Post. According to him, memos from the DOJ and Treasury Department have actually increased banks’ liability.