Will Cable and Satellite TV Soon Be a Thing of the Past? 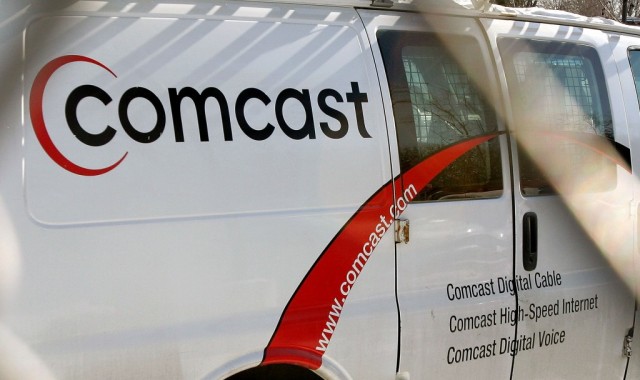 Cord cutting is growing in popularity, with more and more people deciding to ditch cable or satellite television in favor of other options. According to Experian Marketing Services, cord-cutters grew by 44 percent in the past four years. Instead of using cable or satellite television, 7.6 million households are using high-speed Internet for videos. SNL Kagan predicts that 12 million households will cut the cord by 2015.

Although cable and satellite television companies are still doing well, this new trend in cord cutting is threatening their futures. Customers are finding that companies like Netflix, as well as other services that provide free or affordable video streaming, allow them to watch the shows they enjoy without paying for extra channels or fees. Although customers still need to have online access, just paying for the Internet (and possibly a Netflix or Hulu account) is tempting to many customers.

Streaming and downloaded videos are becoming very popular. Experian’s study showed that during a typical week, 48 percent of U.S. adults and 67 percent of young adults watch streaming or downloaded videos. In addition, the fact that tablets and other mobile devices are making it so easy to watch streaming videos is adding to the charm of saying goodbye to traditional television for cord-cutters. Each week, 24 percent of all U.S. adults and 42 percent of smartphone owners watch videos on a mobile device. The greatest amount smartphone viewing occurs between 8 and 9 p.m. each night.

The abundance of wireless technology has also made cord cutting more possible. Tablets and smartphones can now be used almost anywhere, from the home to the office to airports to many different restaurants. Because wireless service is so easy to access, video streaming is attractive because people can watch a video almost anywhere. In addition, because most portable electronic devices are easy to bring along, customers can easily take their tablet and catch up on their favorite television show or video whenever they want.

Of course, there are also disadvantages to cutting cable or satellite television service. Some shows are not easy to stream online legally, and many of the bigger companies that stream TV shows require a subscription fee. Movies are sometimes even harder to find, and although Netflix and other companies offer a large selection of movies as part of their streaming options, many movies are still only available through renting. In addition, these companies usually don’t offer live sporting events or live television shows, which do keep some people watching cable and satellite television.

According to The New York Times, the increase in video streaming doesn’t mean that cable companies will lose out. As mentioned before, the Internet is needed to watch streaming videos. Comcast is trying to acquire Time Warner Cable, although the deal has been seen as controversial by some. In theory, if consumers become more reliant on high-speed internet, they might need to start paying more for it. In that case, Comcast and other cable companies won’t necessarily be losing out.

Satellite TV and cable are certainly not going to be a thing of the past in the immediate future, but the increase in cord cutting and the availability of so many streaming videos does question the future of traditional television. Many network television shows are available for free online, and other shows can be watched by purchasing streaming deals. Even sports can be watched online if people are willing to pay, as major sporting leagues do provide some access via the Internet.

For those who don’t have a smartphone or tablet, or only have a desktop or laptop, there are also other options. Some game consoles will allow people to stream videos, as will some Blu-ray players. Roku is another option.