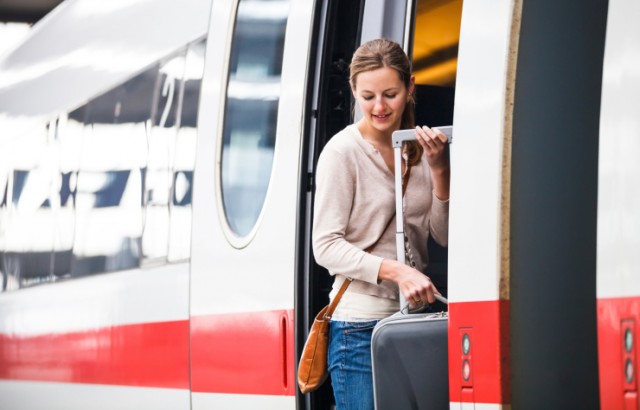 Canadian National Railway (NYSE:CNI) is Canada’s largest rail transport company and North America’s third largest after Union Pacific (NYSE:UNP) and Burlington Northern Santa Fe, which is owned by Berkshire Hathaway (NYSE:BRK.B). The company’s shares have been soaring: they are up 19 percent year-to-date and 33 percent over the past year, making it an outperformer in the rail transport space. If you look at the company’s second-quarter earnings release from Monday you can see why.

Canadian National Railway grew its profits 14 percent from last year (corrected for weakness in the Canadian Dollar.) Furthermore, its sales grew 13 percent. If you look at the company segment by segment, you’ll find that the company grew its sales across the board — even in coal, which is a market that has been dragging down growth figures for several American rail transport companies (remember that the EPA has no jurisdiction over Canada.) Why is Canadian National Railway performing so well, and can this performance continue?

In response to the first question, there are two reasons. The first is that there is a bull market in the rail transport business. Despite the fact that the global economy is sluggish, more goods are being transported by rail as rising fuel prices lead companies to search for more efficient modes of transport. Trains are fuel-efficient compared with trucks and planes, and this means that rail transport companies are taking market share while maintaining strong profit margins.

These profit margins are also bolstered by the de facto oligopoly in the rail transport space. There are only a few players and none of them is stupid enough to start a price war that can destroy the entire industry.

Canada is also a natural resource rich nation, and as demand for resources rises in Asia we are seeing a lot of commodities such as metals, potash (i.e. fertilizer), oil, and grains being shipped to the west coast of Canada to be shipped to east Asia. Thus, it should surprise nobody that the company’s top three growth segments aside from intermodal (which refers to a kind of shipment rather than to a kind of product) are grains and agriculture; metals and minerals; and petroleum and chemicals. All are showing double digit growth.

So Canadian National Railway has a lot going for it. There is one risk, however, and that is the fact that Canada’s cold weather can greatly impact the company’s shipments. A large, untimely storm can shut down parts of the company’s operations for days, and we have seen this take a toll on its revenues and profits.

But given all of these points, it is evident that Canadian National has a lot going for it despite this one risk, and it is a stock you want to own on weakness. Right now the shares trade at over 22 times earnings, which is somewhat expensive considering that the company’s 14 percent growth rate can be jeopardized by the weather. I would rather pay 19 – 20 times earnings, and ideally cheaper. Furthermore, with the incredibly strong performance we’ve seen in the shares as of late, I think it is time that we saw a pullback.

Disclosure: Ben Kramer-Miller has no position in Canadian National.