Will Chrysler Face Another Recall with This Jeep? 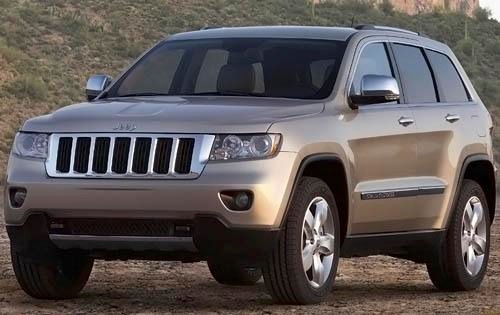 The dust has barely settled on the huge recall Chrysler (FIATY.PK) faced for more than a decade’s worth of model-year Grand Cherokee and Liberty vehicles, but a new one may be in the works. According to Reuters, federal regulators from the National Highway Traffic Safety Administration (NHTSA) are putting the 2012 Jeep Grand Cherokee SUV under the microscope after reports that sun visors in the vehicles have been catching fire.

Chrysler faced a massive recall earlier in the summer when it was forced to address issues surrounding trailer hitches, specifically their tendency to create deadly fires during crashes, on Grand Cherokee and Liberty models from the years 1992 all the way to 2007. According to the New York Times, many questions remained for Chrysler following a compromise the automaker had brokered with the NHTSA.

In the earlier case, the Chrysler vehicles were named in dozens of fatal crashes. This issue with the 2012 Grand Cherokee SUV involves sun visors that somehow spontaneously combust while drivers are operating the vehicle. Multiple reports have indicated a heat source near the visor is igniting it, and Reuters reports that the complaints have all been filed within the past four months. If a recall is deemed necessary, nearly 150,000 Chrysler vehicles will be involved.

The NHTSA has been earning respect among consumers in recent months, as the agency appears more aggressive in its efforts to hold automakers accountable for safety issues in vehicles. One of the dark spots for the agency was the compromise it worked out with Chrysler over the 1.6 million Jeep models that were part of the previous recall. According to the Times, the agency offered no substantive explanation for why it let Chrysler off the hook with its proposed fix.

In that case, factory-installed hitches were found to connect with the gas tank in Jeep models, which led to fires in the vehicles during crashes, many of which were fatal. The investigation of the 2012 Grand Cherokees surrounds a far more superficial — though still dangerous — issue for drivers. The NHTSA has not announced a timeline for when it will deliver its findings.