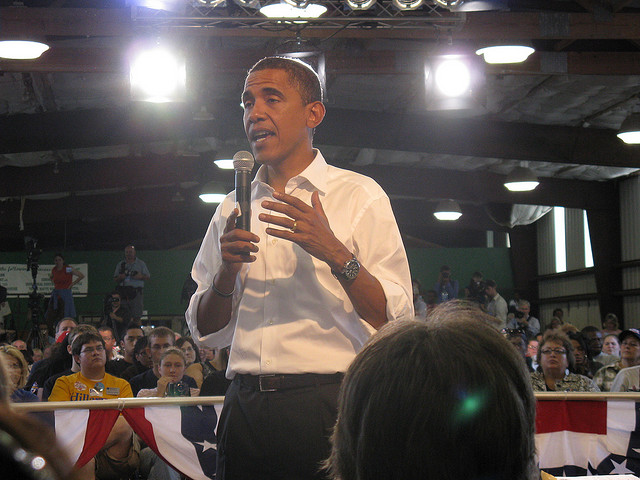 Specifically, the president is standing his ground on the healthcare law, which continues to be public enemy no. 1 for the Republican opposition in the House of Representatives. Republicans have made several unsuccessful bids to repeal the healthcare care law, known infamously as ‘Obamacare’, arguing that is doing more harm than good in lowering costs and helping people get health insurance. However, with political reality not facilitating the change of a full-on repeal of the law, the GOP have taken the roundabout way, choosing to leverage debt ceiling negotiations as a means to choke off funding for the Affordable Care Act.

In a radio interview, Republican Senator Marco Rubio explained his party’s position, saying that, “What the Democrats are saying, what the president is saying, is they are willing to shut down the government unless it funds Obamacare, and I think that is a completely unreasonable position and one that when it is outlined to the American people, they are not going to support,” summarizing the Republican position that, “Let’s not fund that. Let’s fund the rest of the government, but let’s not fund that.”

President Obama, on the other hand, claims that common sense will prevail as the government tries to avoid shutdowns and adds that his signature healthcare reform is off the table. He had higher hopes for his Congressional enemies, saying that, “I am assuming they will not take that path. I have confidence common sense in the end will prevail.” Obama has frequently criticized Republicans for having no agenda on healthcare, a rallying call for public support as the GOP threatens to choke off funding if there is to be a functioning government after October 1st.

The president has also been fueling speculation about the future of the Federal Reserve, as current Chairman Ben Bernanke is set to step down in January. With the potential end of quantitative easing looming and markets skittish, Obama’s choice could have a profound impact on markets. This comes at a time when markets already panicked in previous years debt ceiling debates. Current Vice Chair Janet Yellen was seen by many as the leading candidate for the job when talk first started up, but the president’s lack of personal connection with her is well-documented. On the other hand, relations with former Harvard president Lawrence Summers are notoriously tight, and coupled with Obama’s remarks on the matter recently, make him the favorite for the job.

Summers is seen as much more skeptical of quantitative easing, the asset purchasing program that has rocketed the U.S. stock market to record levels and sent liquidity around the world to markets in many developing countries. Mere talk of ending quantitative easing from Fed officials or Bernanke himself has roiled markets, and Yellen is thought to be much more dovish towards easing, perhaps beginning the so-called ‘tapering’ process later than Summers would. With a debt ceiling fight looming, and a Fed chair nomination along with it, this fall could prove a tumultuous one for markets as Congress and the president deal with big issues that investors will be watching with unparalleled scrutiny.