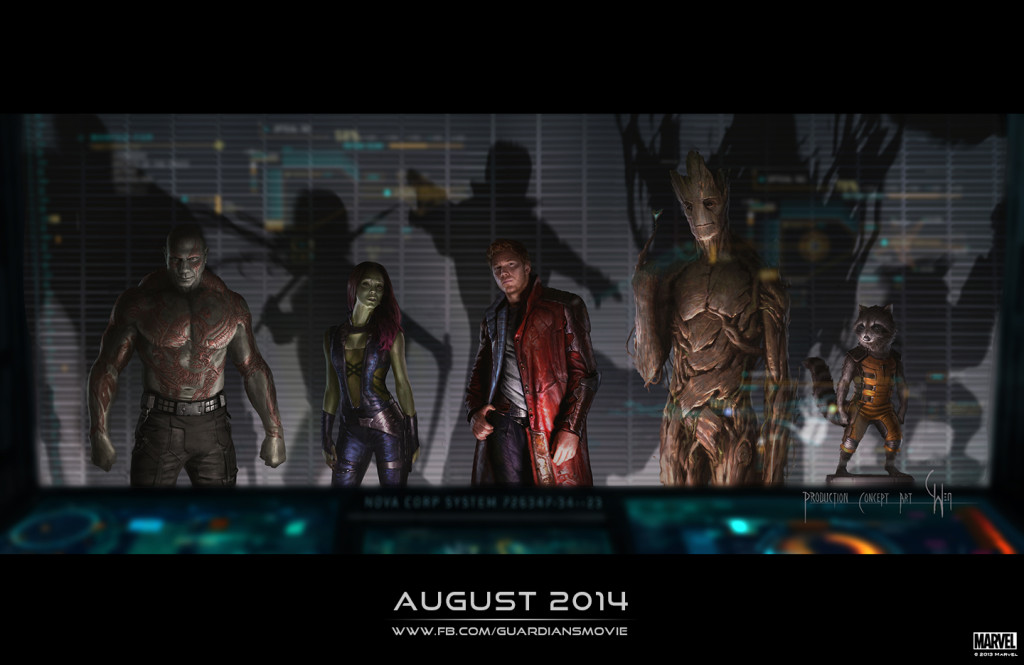 For all you non-comic book fans out there, get ready for movies with heroes you’ve never heard of before. Although Walt Disney Co. (NYSE:DIS) has so far focused on making movies based on well-known Marvel characters like Iron Man, Thor, and Captain America, that’s about to change as Guardians of the Galaxy begins production, Forbes reports.

Disney paid $4 billion for Marvel in 2009 and it appears that the company is now beginning to dig into Marvel’s deep well of interesting but relatively unknown comic characters — at least to non-comic book fans. Guardians of the Galaxy footage was sent to Comic-Con after only several weeks of production and fan reception was explosive at the panel in Hall H.

Guardians of the Galaxy revolves around a group of alien thieves and killers who are forced to come together in order to protect the universe. The film stars Chris Pratt, Zoe Zaldana, Dave Bautista, Michael Rooker, Benicio Del Toro, and John C. Reily. The film is being directed by James Gunn, who directed the films Slither and Super.

While reception of the footage was well received despite initial wariness from Comic-Con goers, Disney is still taking a major risk by putting money into a mostly unknown series of comic characters, according to Forbes. However, Pratt, who will be playing Peter Quill in the film, says that fear is at least somewhat unfounded, as Iron Man wasn’t a hugely popular character before the films came out.

The film also represents continuing extension and connection within the Marvel universe: director Gunn hinted at the Comic-Con panel that Thanos would be included in Guardians of the Galaxy. For those of you who don’t recognize that name, if you stayed through the credits of The Avengers, you got your first sneak peak at the popular Marvel villain atop his throne in space.

And the Marvel characters will continue to become more obscure as the company moves into what it calls Phase 3; Phase 2 includes films such as the upcoming Thor: The Dark World and Captain America: The Winter Soldier, as well the sequel to The Avengers, now titled Avengers: Age of Ultron.

Look for Marvel’s Phase 3 to include characters such as Ant-Man and Doctor Strange. If you don’t know who those characters are, don’t worry — you will soon enough.