Will Dollar General Make It Rain for Savvy Investors? 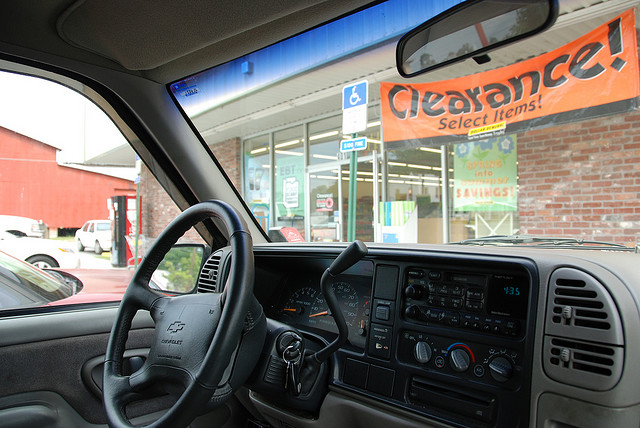 The stock has been rather stagnant for the last two years, only rising 11 percent. This is because the company consistently reports strong quarters followed by so-so quarters. But could better days be ahead for this stock? The most recent earnings and outlook offers evidence that this may be the case.

Net sales increased 6.8 percent to $4.52 billion in the 2014 first-quarter compared to $4.23 billion in the 2013 first-quarter. Same-store sales increased 1.5 percent, resulting from increases in both customer traffic and average transaction amount. Sales increases in consumables significantly outpaced the company’s non-consumable categories led by increased sales of tobacco products, perishables, and candy and snacks. Sales were impacted by unfavorable weather conditions during much of the quarter, a competitive retail environment, and continued financial pressures on the company’s core customers.

Gross profit, as a percentage of sales, was 30.0 percent in the 2014 first-quarter, a decrease of 57 basis points from the 2013 first-quarter. This is an inherent weak point. The majority of the gross profit rate decrease was due to consumables comprising a larger portion of net sales, primarily as a result of increased sales of lower margin consumables, including tobacco and perishable products. In addition, markdowns were higher in the 2014 first-quarter, primarily related to increased promotional activity, partially offset by higher initial markups on inventory purchases. Selling, general and administrative expense as a percentage of sales was 21.6 percent in the 2014 first-quarter compared to 21.3 percent in the 2013 first-quarter, an increase of 37 basis points. Rent and utilities expenses were significant contributors to the overall increase in expenses as a percentage of sales. These costs were partially offset by workers compensation and general liability expenses which declined in the 2014 period compared to the 2013 period.

The effective income tax rate in the 2014 first-quarter was 37.8 percent compared to 37.4 percent in the 2013 first-quarter. The effective tax rate increased approximately 100 basis points due to the expiration of various federal job credit programs (primarily the Work Opportunity Tax Credit) for eligible employees hired after December 31, 2013. Partially offsetting this tax rate increase were benefits recognized due to the favorable resolution of several state tax examinations.

Dollar General’s first-quarter same-store sales improvement of 1.5 percent was driven by growth in our consumables business and, overall, reflected the challenges of unfavorable winter weather, heightened competition and the current economic environment. Even as these factors weighed on our sales results, we saw trends improve as we moved through the quarter and we delivered earnings per share of $0.72, which was in-line with our guidance. We continue to grow both our customer traffic and average transaction amount as our merchandising initiatives reinforce our affordability and value messaging. Sales trends began to improve in April and have continued to gain momentum. We are pleased to see that our merchandising strategies are gaining traction with a strengthening of sales in both consumables and non-consumables in our second-quarter to date. Looking ahead, we are confirming our sales and earnings per share guidance for the year, and we are confident that we have the right strategies to drive long-term shareholder value.

It is important to note that management was cautious to note that,“The volatility of the macroeconomic environment continues to pressure the consumer and impact the company’s cost of purchasing and delivering merchandise to its stores.” Thus, caution must be used with this stock. Given the general improvement in sales but the negative points of higher expenses, taxes, and lower gross margin, I recommend holding Dollar General stock for another quarter or two to get a better since of where the company is heading.

Disclosure: Christopher F. Davis holds no position in Dollar Generaland no plans to initiate a position in the next 72 hours. He has a hold rating on the stock and a $60 price target.