Will Gold Rise in the Second Half This Year? 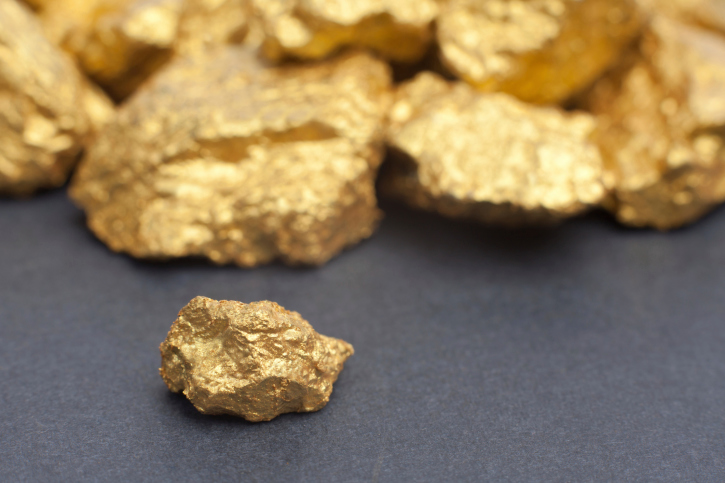 The first half of the year was great for gold, which rose by about 10 percent from January through June. While analysts were nearly unanimously bearish in January, there have been a couple of individuals outside of the gold community who have turned bullish, but the vast majority of mainstream analysts are bearish or neutral. They see a lack of interest in gold as the economy improves and stock prices continue to rise. When stocks rise people feel good, and there is no reason for them to hold gold.

And these people may be right in the near term even if they are mistaken in the long term. The gold price is near a critical resistance point at around $1,350 per ounce, and the price is trending downward if you take the August 2013 peak and connect it to the March peak. Assuming this trend line holds, we can see one more pop in the gold price before we see a reversal, and I would suggest that those with a short-term trading mentality take profits at this point.

But at the same time, I wouldn’t bail out of my entire position and go short. There are several driving forces behind the current upswing in gold, and while many of them have been in place for several years, many of them are especially acute now.

The first is demand from Asia and developing markets, especially in China and India. China’s demand for gold has been insatiable, especially since Westerners were so eager to sell the Chinese their gold at a discount over the past year and three months. While reports suggest that Chinese gold demand has tapered off this year, these reports only look at Hong Kong imports, which is just one piece of a massive market. In fact, we could see demand rise in response to China’s curtailment of polluting mining activities, which could feasibly reduce that country’s gold production. This would be a big deal, considering that China is the world’s largest gold producer.

The second is that inflation is picking up. The CPI in the United States has been rising at a faster rate. This has been due to rising oil and food prices, and while the latter has abated for the time being, we are also now starting to see strength in foreign currencies. For instance, the Canadian and Australian dollars have been trending higher, and these are known as “commodity “ currencies — because these countries export a lot of commodities — and when commodity demand rises, businesses in other nations need to buy these currencies in order to do business with Canadian and Australian commodity producers.

We have also seen strength in the Japanese yen and in the euro, and this is especially bad for the dollar because these regions’ central banks have implemented unprecedented monetary policies. Japan has a quantitative easing policy of its own, and the eurozone has negative interest rates. If the dollar cannot appreciate against these currencies, then it must be weak. As traders pick up on this, they may pile into gold.

Given these points, it makes sense to hold a long-term core position in gold. However, we still have to face the possibility that we will see a correction come very shortly. One way to hedge against this is to buy the Credit Suisse Gold Shares Covered Call ETF (OTCMKTS:GLDI), which is a fund that holds gold futures and sells call options against them. The fund generates income as a result, and its losses will be mitigated should the price decline. But keep in mind that this also means that the fund’s gains will be limited, as well.