Will Investors Rethink How They Invest in European Markets? 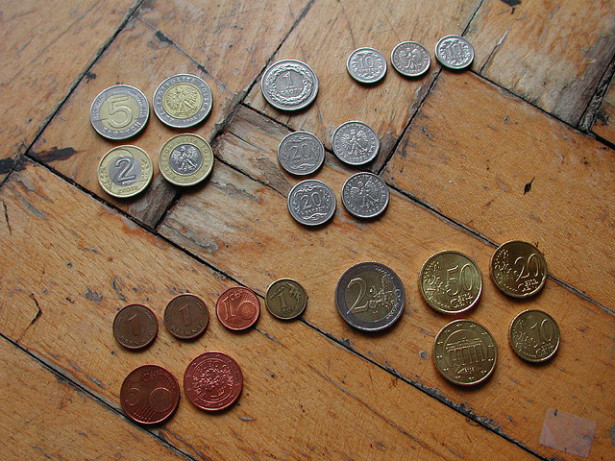 Low inflation rates are causing many to rethink how they are going about investing in European markets, Reuters reports. With inflation rates falling to 0.7 percent in the month of October, they are below 1 percent for the first time since the financial crisis. This can have a large impact on an economy, as one nears the point where deflationary pressures become a concern. When money is not being less valuable through inflation, consumers have less reason to spend money and more reason to hoard, which slows down the level of economic activity.

Sensing these concerns, the European Central Bank voted this past week to drop interest rates to 0.25 percent from 0.5 percent, hopefully providing for increased economic activity through lending. If increased lending ups the amount of money in the system, it could also reverse the trend of having inflation rates too low. The bank’s stated goal is for inflation to be just below 2 percent.

Another problem with low inflation rates is that they de-incentivize riskier investments. If one can acquire a safe asset such as a government bond with a fixed rate of return, the “real” rate of return on the asset is simply the stated rate less inflation. When inflation rates are high, the real rates of return on such assets are low, making them less attractive. in contrast, stocks become more attractive, because they usually feature higher potential rates of return at the cost of additional risk.

Thus, the combination of higher inflation rates and the policies of quantitative easing undertaken by the governments of the United States and the United Kingdom have coupled to create a dream scenario for those looking to invest in the stock markets. This is one reason why the markets have been performing so well lately; equities have come across as unattractive, and there is no shortage of cheap dollars to throw around in the stock market.

However, with inflation rates in the eurozone moving dangerously lower, this changes the entire landscape of the markets. All of a sudden, equities look like a better investment, and the risk inherent in stocks begins to outweigh the potential rewards. While this could be good news for government looking to dump off additional debt on banks in the region, it’s not really good news for the common people; with banks shedding trillions of euros of assets, the economy tends to suffer.

The real winners over the last few days have been exporters from the eurozone. With the euro dropping sharply at the ECB’s decision and over today’s comments that further measures will be taken if deemed necessary to combat inflation, exporters are having a field day in Europe. Especially with the strategies of countries such as Spain and Italy so dependent on exporting for their economic recoveries, the economic picture in Europe may not be so unfriendly to European businesses after all.

Don’t Miss: The SEC Expects the Best from the Market Fix-It Brigade.