Will JPMorgan’s Losses Be Much Ado About Nothing? 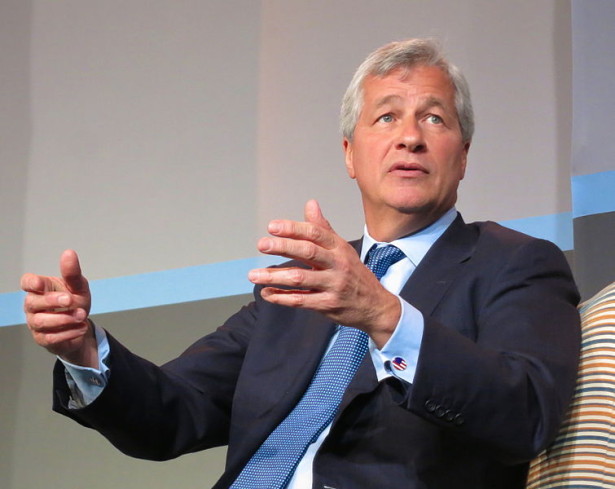 Jamie Dimon steered JPMorgan Chase & Co. (NYSE: JPM) through the financial crisis in 2008, by-and-large faring better than the competition. In spite of third quarter loses of $380 million, he is still manning the helm as the company navigates past the murky waters caused by multiple legal battles, including the disastrous “London whale” trade.

Michael Hiltzik at the Los Angles Times rhetorically asks how this bullet-dodging is possible. Hiltzik sees Dimon as an accomplice to the bank’s legal troubles because Dimon has not stepped in to change management after a crisis, overseeing all and doing nothing. Hiltzik attributes Dimon’s staying power to the stock’s 61 percent increase since he became CEO in 2006.

Share growth is important, but the financial community is hardly shrugging off the loss or future litigation costs. The report from the third-quarter is seen by many as a major blow to the company. Even within the company, the steep price has been acknowledged. The $9.2 billion in litigation costs was described on yesterdays earnings call by Chief Financial Officer Marianne Lake as “much more significant than we expected until very recently.”

Dimon described it as an issue that must be accepted. While answering questions during yesterday’s earnings call, the Washington Post reports Dimon stated, “We just have to deal with it and deal with the reality as it is. It will abate over time, and the underlying power of the company you can see.”

Underpinnings of this staying power are sprinkled throughout the rest of JPMorgan’s report. Bloomberg reported that the corporate and investment bank division now employs 52,445 people, compared to 52,226 last year. The article took the total amount of revenue spent on compensation (31 percent, down from 34 percent last year) and found that if every employee was paid the same amount, it would total $165,774 per person.

Of course, the compensation pool represents salaries, bonuses, benefits, and paying previous years’ deferred salaries. Lake explained in the call that lowering the compensation to revenue ration helped to lower expenses in 7 percent for the corporate and investment banking portion of the company. The division is employing more people, and paying less. However, overall, compensation across the entire company has risen 1 percent since last year.

But delving deeper into the division singled out by Bloomberg – corporate and investment banking (or CIB) — JP Morgan’s Friday, October 11 press release provides the fodder for further investigation. CIB posted a net-income of $2.2 billion at the end of the 3rd quarter, up 12 percent from the previous year. Net revenue was brought down by a $397 million loss from debit valuation adjustments (or DVA) to $8.2 billion, compared with $8.4 billion for last year.

If DVA had not been factored in, net income would have risen to $2.5 billion, and revenue would have ticked up slightly past last year’s mark to $8.6 billion. The division benefited from higher investment banking fees, underwriting, and debt underwriting fees that contributed to a 2 percent increase in banking revenue. Losses came from “Market & Investor Services” as well as “Fixed Income Markets”. The international community displayed a continued willingness to deal with the company. Also in the report was an increase of 6 percent in international trade, bringing in $4.1 billion in revenue, or half of the revenue for CIB.

Strength in individual areas should not be overlooked, especially those like CIB that are increasing the number of employees. With pay increasing for the company overall, and international dealings increasing in sectors (again, CIB),  factors within JPMorgan may help it weather the storm and prove the “underlying power” of the company Dimon mentioned.