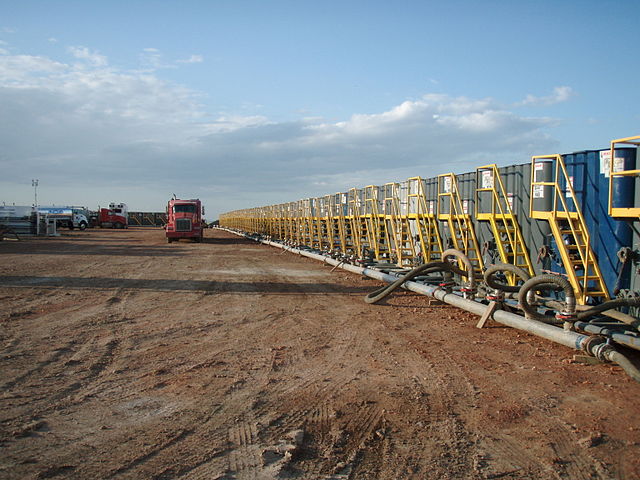 For a long time now, there have been various reports that hydraulic fracking—a technique used in the extraction of oil and gas from shale rock that has grown immensely in popularity over the past few years—damages the environment. More recently the legal system appears to be catching up with this reality, and it could have serious consequences for the industry.

Recently we learned that a small, privately owned company called Aruba Petroleum was found guilty of violating the property rights of Bob and Lisa Parr, as the company’s fracking polluted their land, and the couple was awarded $3 million by a jury.

Now $3 million isn’t a lot for an industry whose leaders include Apache (NYSE:APA), Exxon Mobil (NYSE:XOM), and Chesapeake Energy (NYSE:CHK), all of whom boast valuations in the tens, if not hundreds of billions of dollars. However, this verdict could end up becoming a big deal as more citizens seek compensation for the pollution created by fracking companies. It also increases the likelihood that governments will enact legislation that penalizes fracking, or even bans it. We have seen such legislation in New York, but not in Texas, which is where the oil and gas rich Eagle Ford Shale is located.

The potential fallout from this can be huge, and as investors we need to decide whether to bet on companies that make money fracking. While the potential for legal action against fracking companies might dissuade you from investing, consider that the companies involved have made enormous amounts of money for their shareholders. Furthermore, while environmental groups may want to ban fracking, or at least limit it, politicians have to weigh this against the economic benefits that fracking brings to a region. Fracking means high paying jobs in an economy that is suffering.

The easiest investment decision is to simply avoid fracking companies in your portfolio. Energy is an essential part of any portfolio, but you can invest in oil and gas producers globally and simply avoid the American companies that are involved in fracking. But while you eliminate one risk you simply cannot eliminate all risks. For instance one possible investment is Lukoil (LUKOY), which is a dirt cheap Russian oil and gas producer trading at less than 6 times earnings and paying an 8 percent dividend yield. Unfortunately it largely operates in Russia, and there is consequently geopolitical risk to owing Lukoil shares.

The best approach, however, in my opinion, is to find companies that are involved in fracking in the United States, but whose survival doesn’t depend upon it. Apache, which is one of the better performing oil and gas stocks this year, is a good choice. The company has a global portfolio of oil and gas assets, but it has invested a lot of time and money in developing its Eagle Ford shale assets. If there is a ban on fracking or some other penalty forced upon fracking companies then there is no doubt that Apache will suffer. But if the not Apache’s investment in the Eagle Ford region will pay off, and it seems that investors are beginning to realize this.

Finally, you can gamble and find companies that have enough growth and value to justify taking on the risk of losing your entire investment. There are many smaller fracking companies that have tremendous potential to grow their production and increase their resources to earn triple digit gains for investors. Oasis Petroleum (NYSE:OAS) is one such company. Shares have more than tripled since 2010, and the company’s revenues are growing even faster. But a major backlash against fracking companies can ruin Oasis Petroleum.