Will Part-Time Jobs Ever Stop Being the New Normal in America? 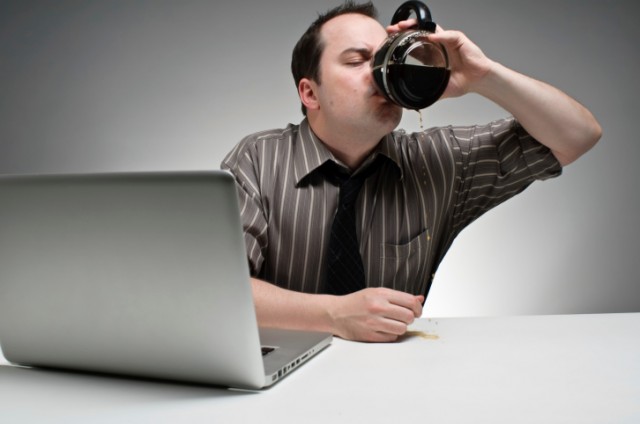 If you were hoping that your days of parking cars, bartending, or serving fajitas every Friday and Saturday night were behind you, it may be time to temper those expectations. In fact, part-time work has more or less become a staple of the post-Great Recession economy, and more and more people are looking for any opportunity they can to bolster their earnings, or to keep up as wage growth trickles and debt mounts.

Part-time work can really be viewed in a couple of different ways. For some people, securing and working a part-time job is the result of the need for extra income — either because their first, full-time job doesn’t pay enough, or because they are unable to find a full-time job in the first place.

Involuntary part-time work is the other way to view these jobs. Instead of a part-time job taken on to make ends meet, involuntary part-time work may force workers to take on multiple jobs — two or three part-time positions to add up to what would be a full-time position. And of course, most part-time jobs don’t come with benefits or perks, meaning that they’re less expensive for employers, and in some cases, more expensive for workers. For example, workers have additional insurance costs, transportation costs, etc.

The problem that many have feared is that these part-time jobs — which are often viewed as a part of a transition from one position to another, or filled by stay-at-home parents and students — are quickly becoming permanent fixtures of the American economy. As the economy has recovered over the past several years from the financial crisis and recession, a good percentage of the jobs that have been resurrected have come back as part-time gigs.

What’s even more troubling is that some economists and analysts are actively speculating that the trend is here to stay. That is, these positions will never transition back to full-time hours, and that more and more jobs will become part-time rather than full-time. There are a myriad of reasons for that — one of the biggest, at least in the world of political talking points, is the implementation of the Affordable Care Act. There is also a big push toward automation, meaning that firms simply don’t need as much manpower as they used to.

In a letter from the Federal Reserve Bank of San Francisco, Rob Valletta and Catherine van der List write that the structural machine of the economy, including both structural and cyclical unemployment cycles, has led to a surplus of demand for part-time workers in certain industries, which helps explain the uptick in the ranks of involuntary part-time workers.

But Valletta and van der List posit that involuntary part-time work looks to be further cemented into place for a number of reasons, including the few mentioned above. But behind all of it, there’s a concerted effort by firms to keep labor costs down, even if it hurts the economy at large. This makes sense because individual actors, whether they are people or companies, are looking out for their best interests. But what we’re seeing is several forces at work, both cyclical and regulatory, that is leading to a permanent class of part-time workers.

“If they persist,” van der List and Valletta say of those factors causing firms to rely on part-time work, “they may keep the level of involuntary part-time work associated with the Federal Reserve’s maximum employment goal above the levels observed before the Great Recession by a similar amount.”

What does that mean for you? Depending on your situation, a return to those part-time service jobs you thought you’d left in the past.