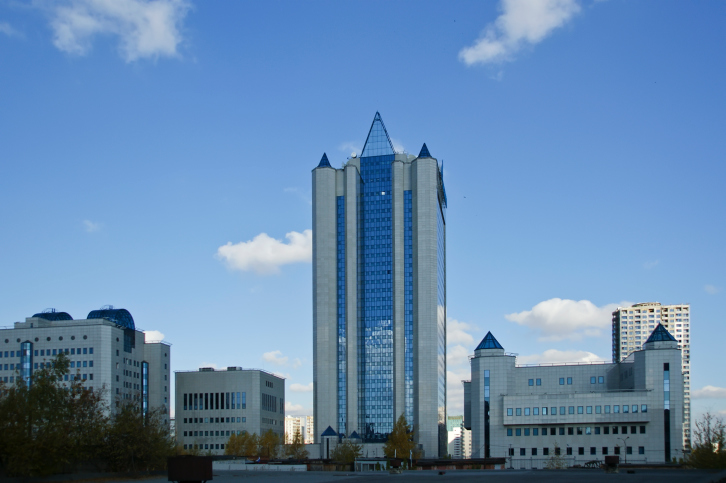 On Friday, Russian state-owned gas giant Gazprom announced both its first shipment of Arctic offshore oil as well as a renewed strategic alliance with Royal Dutch Shell (NYSE:RDS.A). In 2011, Exxon Mobil (NYSE:XOM) partnered with Moscow-based Rosneft to jointly produce liquefied natural gas (LNG) in the Arctic along with BP (NYSE: BP), which owns a significant minority stake in the otherwise Kremlin-controlled oil producer. As the energy industry braces itself for the expected upcoming sanctions, investors and insiders are examining these and other global partnerships as they seek to determine the sector’s future production capabilities and how it might affect the market.

President Vladimir Putin praised Gazprom’s Arctic dispatch in a speech to the company’s workers, calling it an essential first step in Russia’s planned large-scale extraction of Arctic resources that became accessible once polar ice caps started melting. Putin predicted that the shipments — nearly a decade behind its original schedule due to unexpected production costs and technical challenges — would strengthen Russia’s self-reliance, which the country’s prime minister acknowledged is a need as the Ukranian conflict intensifies. Gazprom Neft, the oil division of Russia’s largest gas producer, sent the oil from the Prirazlomnoye field via tanker to unnamed customers in Northwestern Europe. Gazprom plans to ship 300,000 tons of oil from the site this year, less than 0.2 percent of Russia’s annual 200 million ton oil exports.

First discovered in 1989, the Prirazlomnoye field contains an estimated 72 million tons of recoverable oil and is expected to produce 6 million tons annually after 2020. Gazprom’s Arctic project began in 1995 but lack of funding shelved the venture until 2002. Last year, activists known as the “Arctic 30” were arrested on Prirazlomnoye’s drilling platform and jailed for two months until they were released during Putin’s pre-Sochi amnesty.

Environmental groups claim that the equipment on the Prirazlomnye platform is partially built from decades-old, secondhand parts,and there is little regulation protecting the Arctic, which is more vulnerable to spills as the frigid temperatures prevent oil from dissolving. Concerns have also been raised about Gazprm’s safety record, which includes a 2011 accident when a rig owned by a Gazprom subsidiary sunk and killed 53 crew members.

Following Putin’s speech, Shell announced a renewed partnership with Gazprom to expand Russia’s only LNG plant. Shell Chief Executive Ben van Beurden added that Shell “[looks] forward with anticipation and confidence on a very long-term future” with Russia. Shell’s LNG deal is additional to its oil arrangement with Gazprom Neft. In its 2013 annual report, Shell noted that due to unforeseen obstacles, it had suspended exploration in Alaska and discontinued its efforts in the Arctic after its $6bn investment in the region produced little result.

Rosneft, the world’s largest oil producer, recently announced that offshore LNG drilling in its Exxon-partnered Black Sea and Kara Sea projects will begin in August. Exxon holds a 33 percent stake in the venture and will fund most of the project’s estimated $3.2bn cost. The Texas-based company also holds a 49 percent stake in an additional plan with Rosneft to explore drilling in the eastern Arctic and West Siberia.

Although BP’s chief executive Bob Dudley has commented that their business in Russia has not yet been impacted, London’s Financial Times reported that BP lobbied the British government against any sanctions that could affect the energy industry. BP holds a 19.75 percent stake in Rosneft, worth $13bn, as part of last year’s $55bn TNK-BP deal. On Monday, Rosneft announced it will sell BP $1.5bn in oil, although no mention was made when the deal will occur.

Arctic resource production is seen by major energy corporations as vital to maintaining its position in the global market, and any sanctions involving Gazprom and Rosneft will likely have some affect on BP, Shell, and Exxon. However, pending official word from the White House and EU, it is difficult to anticipate the possible impact to these strategic partnerships or how Wall Street will react to any potential industry disruption.