Will the 2014 Buick LaCrosse Deliver for GM? 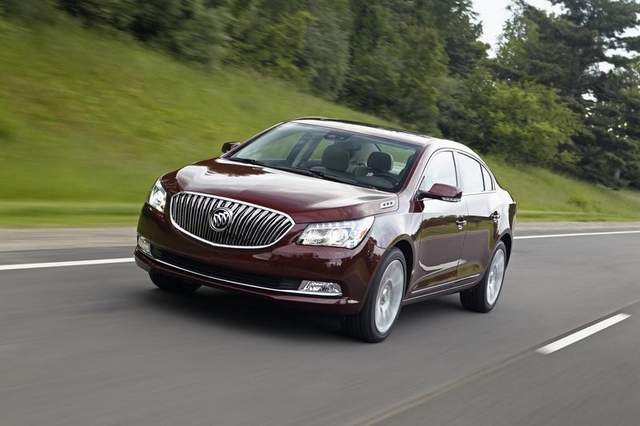 GM (NYSE:GM) has a new version of its Buick LaCrosse coming out this summer, and there are major improvements in the 2014 model. The added style and performance make the revamped LaCrosse worth about $1,500 more than the current offering, according to GM’s adjustment to the starting price. With competition from Lexus (NYSE:TM) and Lincoln (NYSE:F) growing in intensity, GM is hoping its work in the luxury department will deliver major returns.

What warrants the increase in base price to $34,060? Hardware upgrades include a redesigned rear fascia, a more extensive front grille, and LED headlights. Inside, Buick touts the seats as more comfortable and says a ride in the 2014 LaCrosse is smoother than the model on the market now. The control panel also has a more elegant look, as the framing around the IntelliLink touchscreen is improved. Buick finished the job by upping the fuel economy in the V-6 version by one mpg highway on both front-wheel and AWD models, while delivering one mpg more in the city on FWD offerings.

This luxury sedan by Buick has been selling fewer units in 2013 and, GM is hoping its overhaul will get the LaCrosse back on track. The Lincoln MKZ, Lexus ES 350, and ES 300h (a hybrid) are making strong gains in the segment.

Both ES models by Lexus are scoring big for Toyota, posting a 93 percent increase in sales so far through May (YOY numbers). Meanwhile, the MKZ by Lincoln just posted its best May ever. The LaCrosse has slumped over 13 percent so far this year (YOY), signifying the time has arrived for the first overhaul since the model’s 2009 debut.

Buick has been successful in capturing new buyers to both the brand and to the LaCrosse model. According to The Detroit News, 43 percent of Buick buyers are coming to the brand for the first time while 35 percent of LaCrosse buyers are new to Buick. GM will sweeten the deal by offering two years of included maintenance (up to 24,000 miles). Chinese luxury car buyers have warmed to the LaCrosse in the past, and GM is likely to score more from that base in the world’s largest auto market. However, it will need to fend off the competition at home for the LaCrosse to be considered a real success.

Here’s how shares of GM have traded relative to Ford and Toyota in 2013:

Don’t Miss: GM Throws the Pickup Gauntlet Down Before Ford.