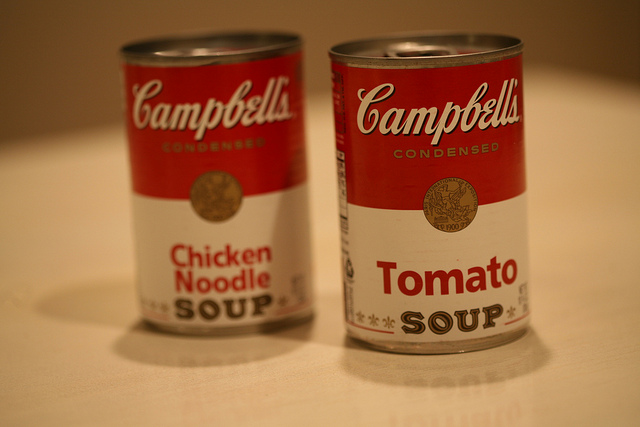 Campbell Soup Co. (NYSE:CPB) is whetting acquirers’ appetites. Speculation has increased in December that the iconic company is in a position for a takeover, ready to join H.J. Heinz on a list of acquired packaged food companies.

Heinz was taken over by 3G Capital, and Berkshire Hathaway Inc. (NYSE:BRKA) (NYSE:BRKB) The agreement was reached in February, and was valued at $28 billion. Warren Buffett, Chair and CEO of Berkshire Hathaway explained why Berkshire was participating in the deal. “Heinz has strong, sustainable growth potential based on high quality standards, continuous innovation, excellent management, and great tasting products,” Buffett wrote, “Their global success is a testament to the power of investing behind strong brand equities and the strength of their management team and processes.”

Some analysts see the potential for similar thinking with Campbell. Bloomberg reports that Sanford C. Bernstein & Co. has said if 3G is interested in combining the power of Heinz, with that of Campbell, Berkshire Hathaway may again step in financially.

S&P Capital IQ sees the Campbell brand holding as much sway as Heinz, making it attractive to investors. In a phone interview with the media outlet, Jack Russo, an analyst with Edward Jones said certain brands at Campbell are “obviously really worthwhile,” and that after an acquisition, like that of Heinz, it is not unusual investors are seeking other deals in that sector.

Kornitzer Capital Management Inc. estimated that share of Campbell in a takeover could be worth between $50 and $60. On Monday, shares closed at $42.74. However, over 40 percent of shares are currently held by John Dorrance’s heirs. Dorrance was the first president of the company, and the inventor of condensed soup. Campbell announced its fiscal year 2014 first-quarter results in November. The company’s reported earnings were $181 million; earnings per share were 57 cents. This is a decline from first-quarter 2013 when the company had earnings per share of 73 cents, and $232 million in reported earnings.

In a statement about the results, Denise Morrison, Campbell’s President and Chief Executive Officer, expressed that she was “disappointed in Campbell’s first-quarter performance.” Morrison is “confident in our plans to improve our performance in the remaining three quarters,” however, because of “our slow start to the year, we are lowering our fiscal 2014 guidance.”