One U.S. Winter Olympics Athlete Is Worth $40 Million

No matter the issues outside of the competition, you can bet the athletes are excited to be there. Especially if they reach the podium. U.S. medalists get paid pretty well — $37,500 for gold and five figures for silver and bronze. Yet for a handful of Winter Olympics athletes, medal money is just a drop in the bucket. These U.S. athletes competing in the Winter Olympics are worth a ton of money. They might not be the richest people in sports, but they definitely have healthy bank accounts. 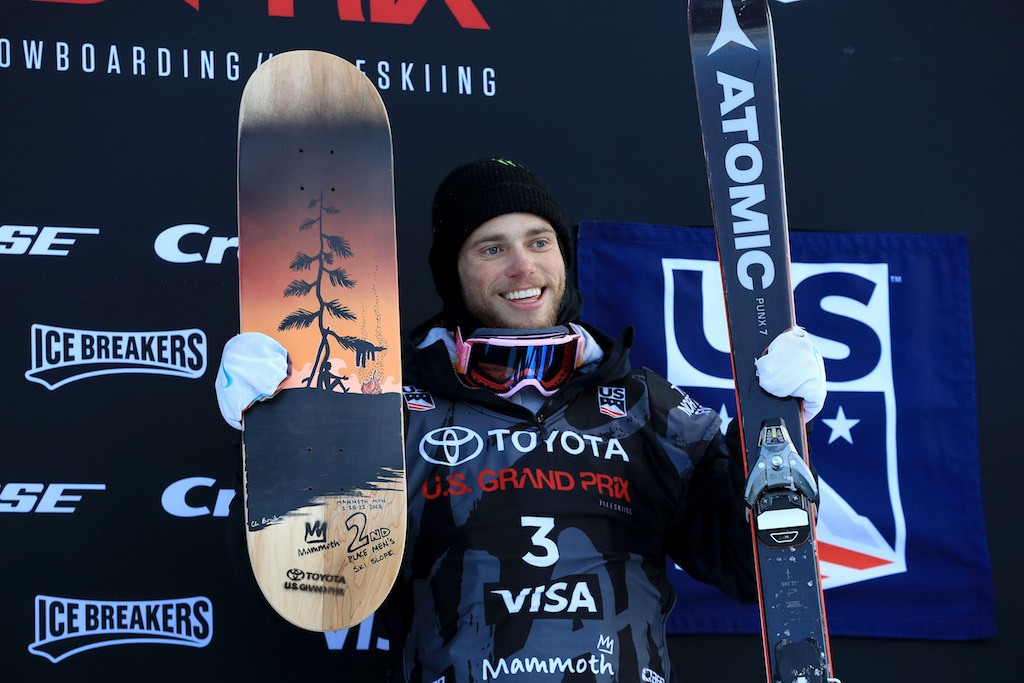 This is the second Winter Olympics trip for Gus Kenworthy. He won a silver medal at the 2014 games, and he has numerous endorsement deals. The openly gay Kenworthy has partnerships with Visa, Toyota, Ralph Lauren, and Monster Energy, among others, according to Outsports. His Olympic winnings and endorsement deals add up to a nice net worth.

Next: No gold medals, but several great endorsements for this athlete. 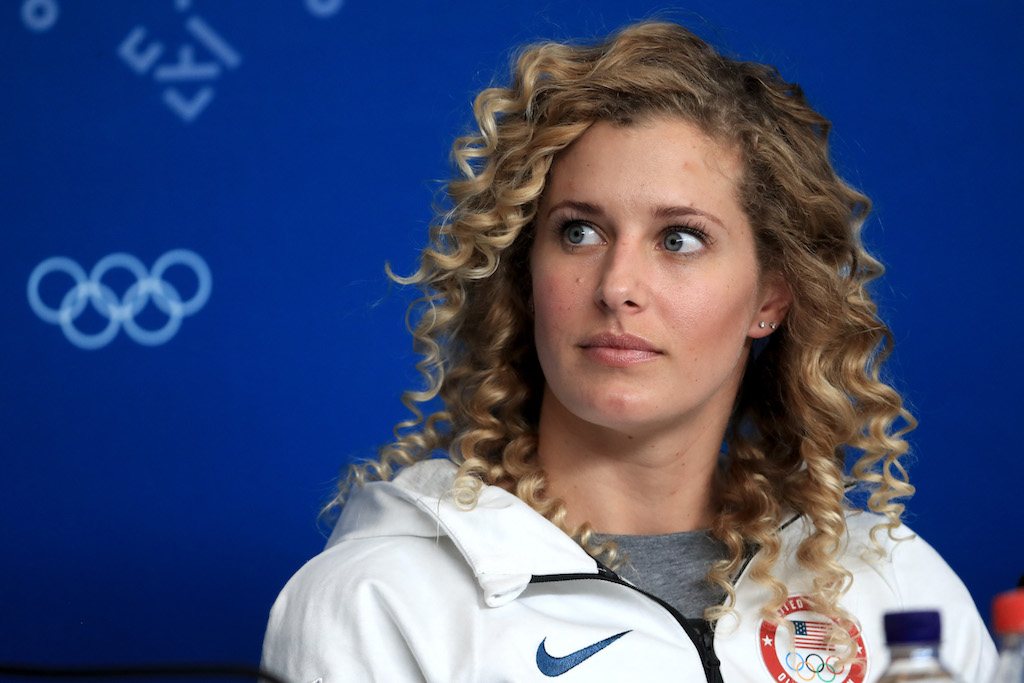 Lindsey Jacobellis and her curls are sponsored by Paul Mitchell. | Chris Graythen/Getty Images

She’s been unlucky in her quest for Olympic gold, though Lindsey Jacobellis owns one silver medal in four trips. Despite her struggles, Jacobellis has endorsements with Paul Mitchell and others, so her net worth is estimated at $1 million.

Next: Why going Dutch on a date is no problem for this guy. 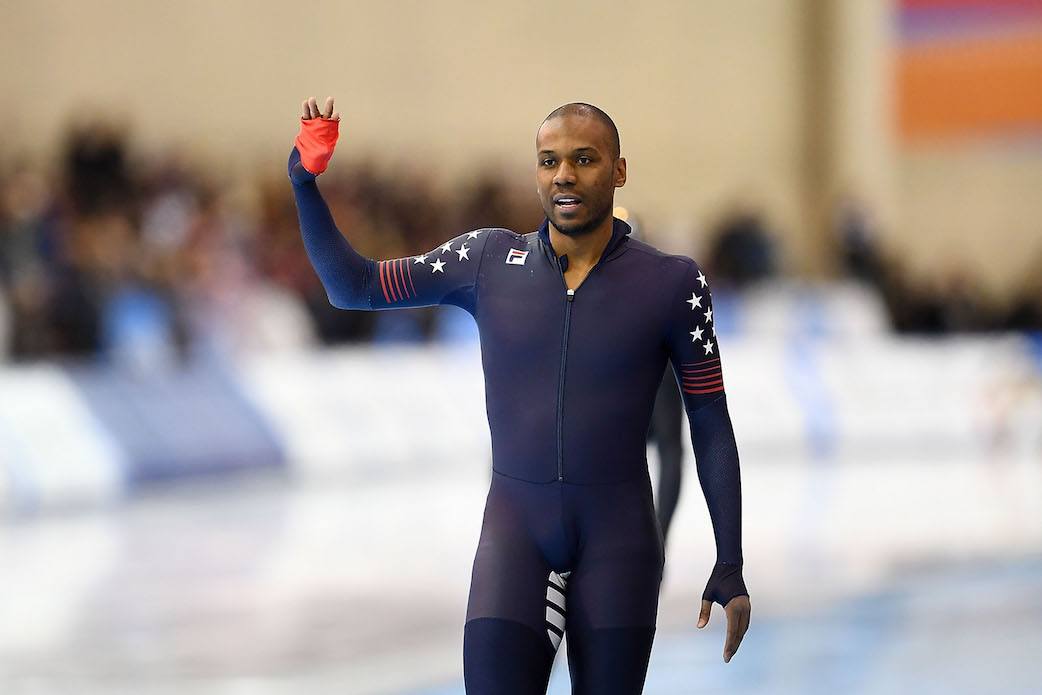 A four-time Olympic medal winner, Shani Davis makes the most of his time in the spotlight every four years. The medals bring in some money, but Davis makes even more from endorsement deals with Under Armour, McDonald’s, and Ralph Lauren. He’s very popular in the Netherlands, and he has endorsement deals with several Dutch companies, according to the Wall Street Journal.

Next: A personal business builds this athlete’s bank account. 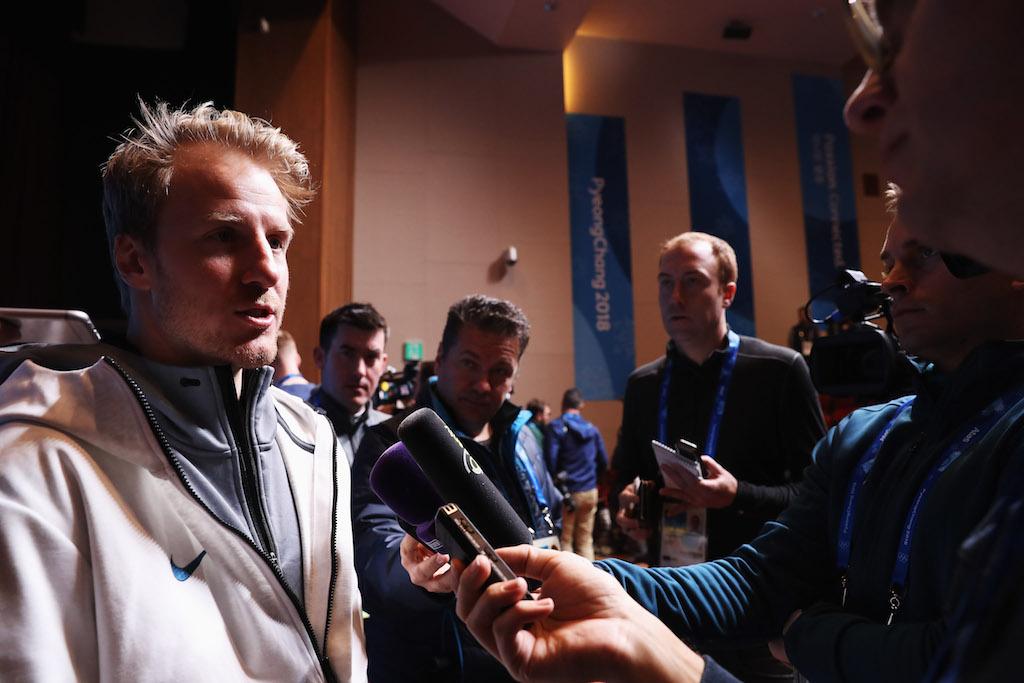 The money earned from two gold medals are part of Ted Ligety’s net worth. Yet he earns more money off the slopes, and it’s not all from endorsements. Ligety is one of the founders of Shred Optics, which makes skiing equipment. Want to guess what kind of equipment he wears the most? 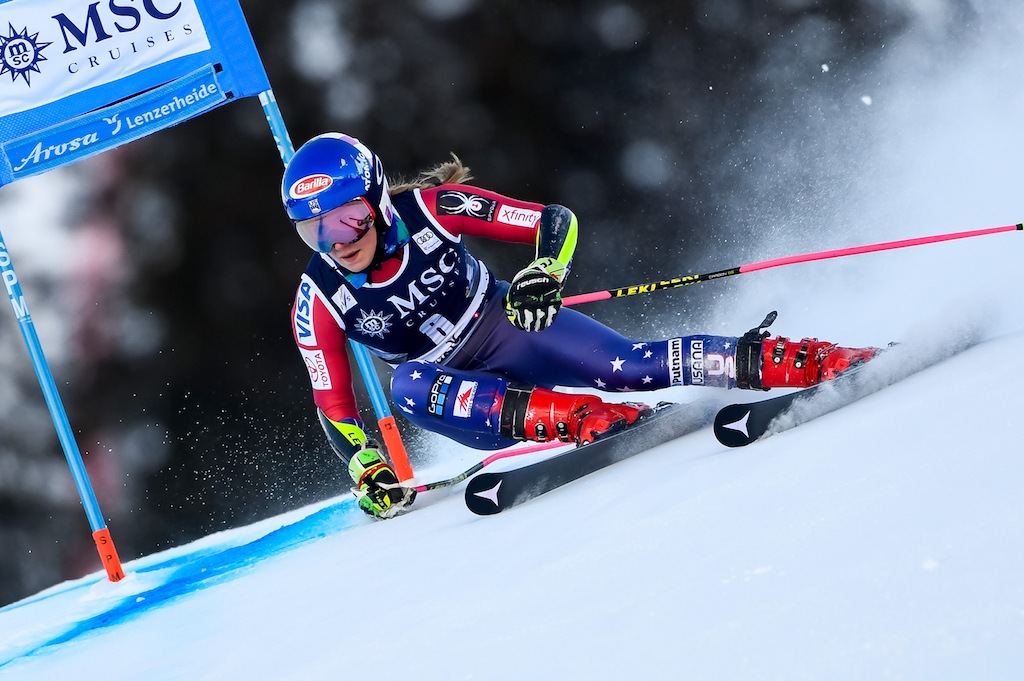 There’s a reason Mikaela Shiffrin is called the best slalom skier in the world by The New Yorker. She burst onto the scene as a teenage gold medalist at the 2014 Winter Olympics. Her performance there led to endorsement deals with Oakley, Red Bull, Longines, and Barilla pasta. Another medal-winning performance is sure to bring even more sponsorship money her way.

Next: A name Winter Olympic fans should know.

Lindsey Vonn is one of the highest-profile skiers in the world. | Don Emmert/AFP/Getty Images

This is one Winter Olympic athlete that fans should be very familiar with. First, Lindsey Vonn competes in one of the most high-profile Winter Olympic sports. Second, she’s won two medals in several Olympics appearances, and she’s one of the top female athletes in America. Not only that, but she’s had some high-profile relationships, such as when she dated Tiger Woods. Rolex, Red Bull, and Oakley are a few of her many endorsements, which give her an estimated net worth of $3 million.

Next: Proving medals are worth more than their weight in gold. 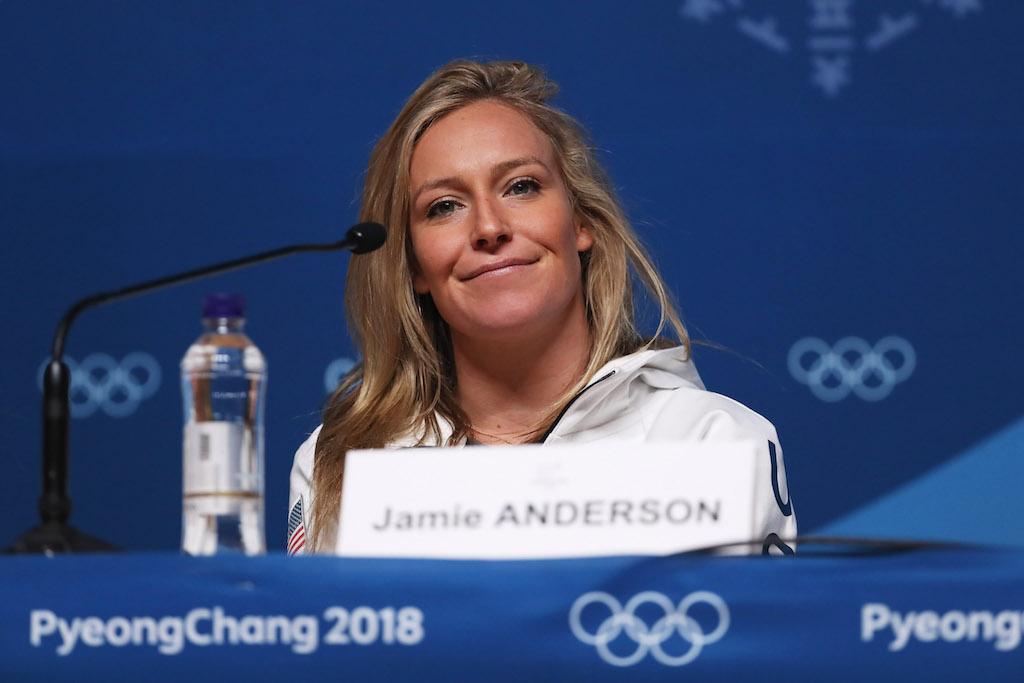 Competing in her first Olympics in 2014, Jamie Anderson was one of only nine gold medalists for the U.S. Her medal was worth more than its weight in, well, gold. Thanks in part to her 2014 showing, she has a slew of sponsors and endorsements. In addition to the typical deals for snowboarders, such as Monster Energy and Oakley, Anderson has a number of other deals, as her website reveals. Audi, Beats Audio, United Airlines, Visa, and several others push her estimated net worth to $4 million.

Next: Two former pros take our next two spots. 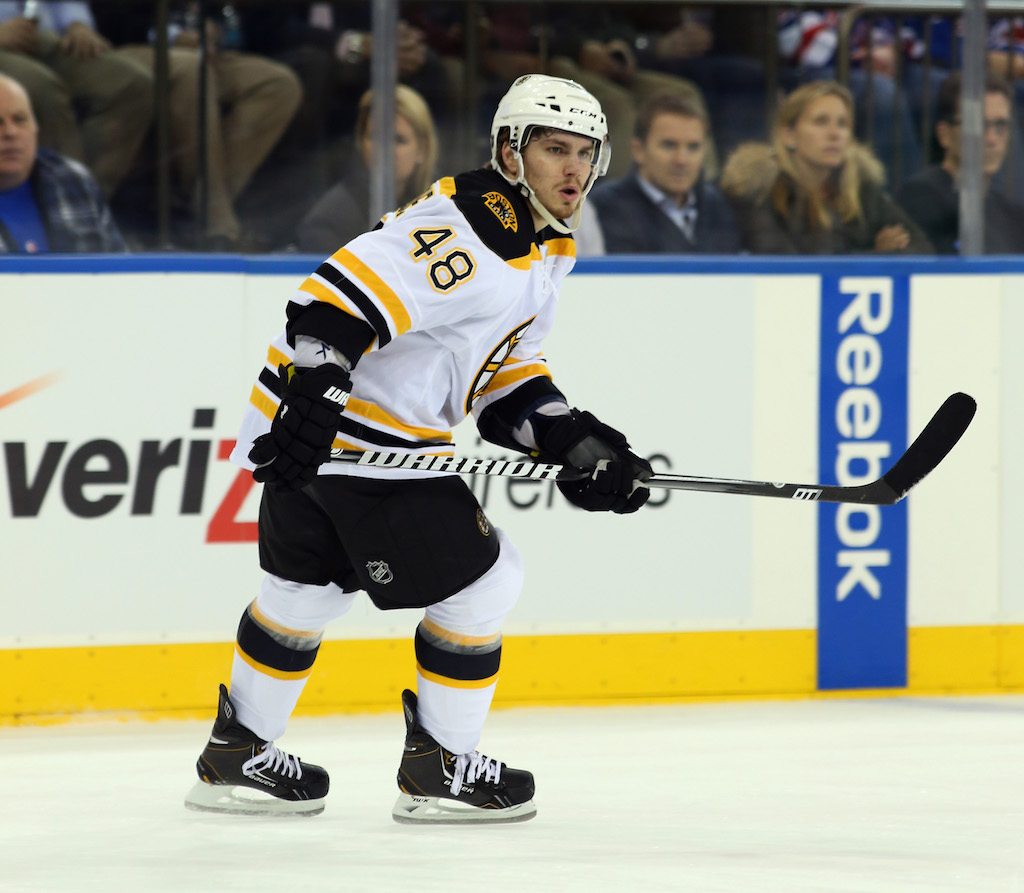 We’ll let you know right now, this is a rough estimate of Chris Bourque’s net worth. The Massachusetts-born hockey player signed his name on six NHL contracts since being drafted in 2004. According to CapFriendly, the total value of those six contracts are just over $6 million. If Bourque has even a fraction of that, he is one of the richest Winter Olympic athletes.

Next: One more hockey pro before we meet the richest Winter Olympic athlete. 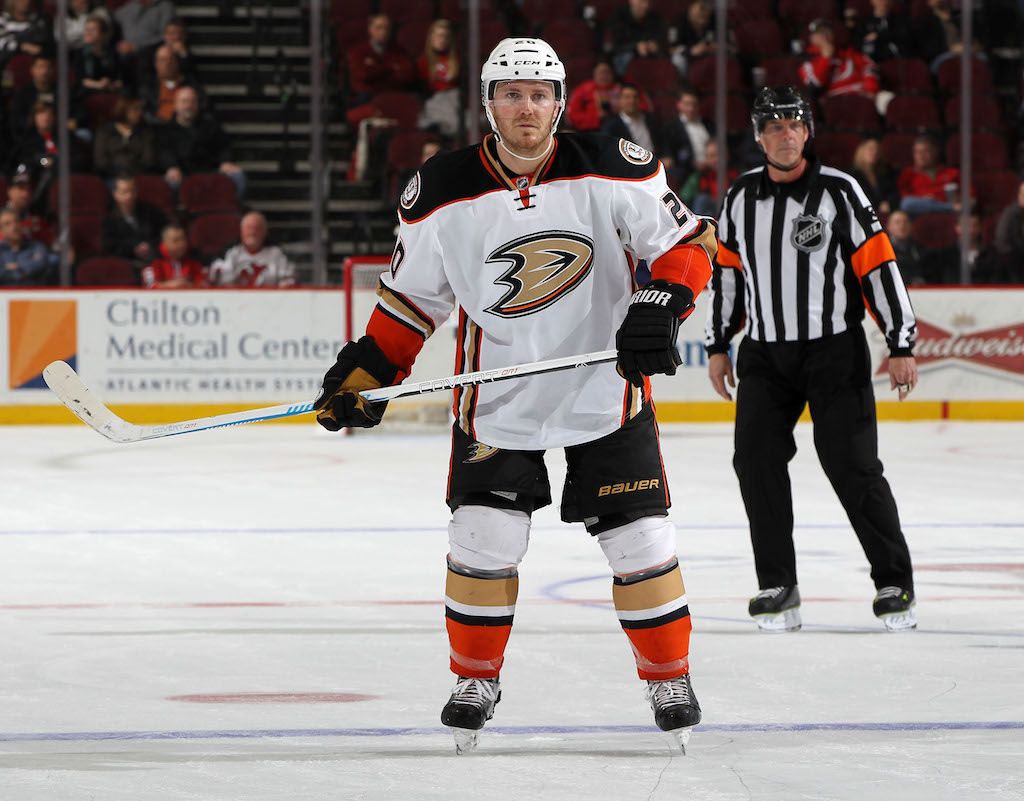 James Wisniewski is one of the NHL’s top players. | Christopher Pasatieri/Getty Images

We just met one member of the U.S. hockey team who has NHL experience. James Wisniewski is another one, and this is another rough estimate. He has 11 NHL seasons under his belt and signed six contracts worth $30.6 million, according to CapFriendly. If he has just half that amount in the bank, he’s one of the richest athletes you’ll see at the games. NHL players aren’t to play in the Olympics, but Wisniewski isn’t playing in the league right now, so he’ll be in Pyeongchang.

Next: Gold medal money is just the start of our final athlete on the list. 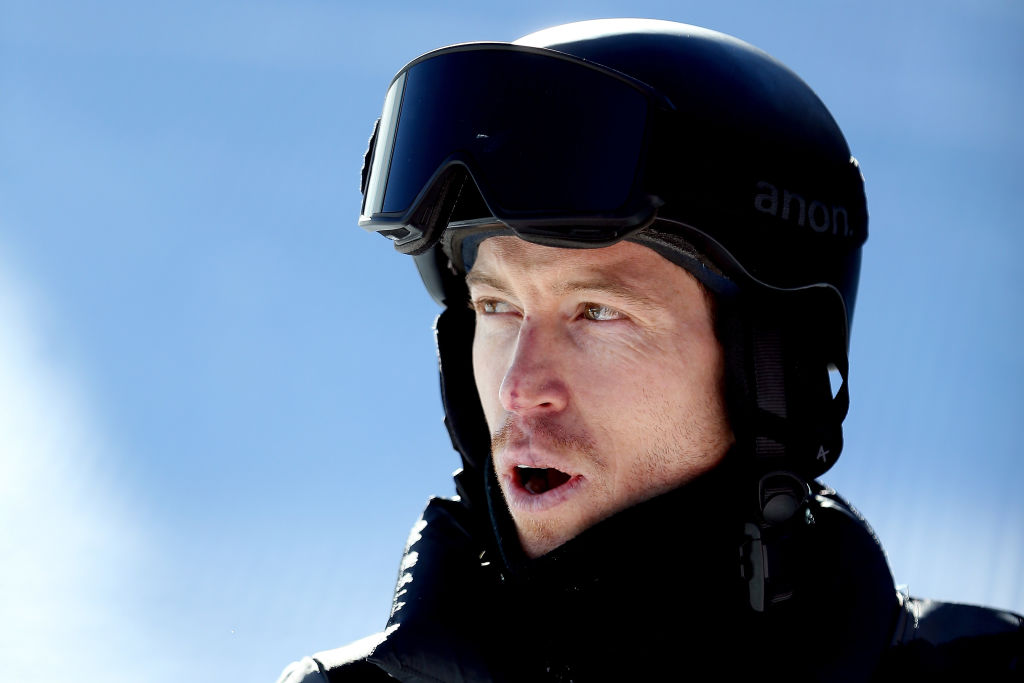 Shaun White is the last person listed on the Team USA bio page, and he pulls the same trick here. The two-time gold medalist has numerous endorsements, such as Burton, Oakley, and Target. Not only that, but White owns the Air + Style festival, which keeps the money rolling in. Gold medal money is nice, but White is doing just fine without that extra income.