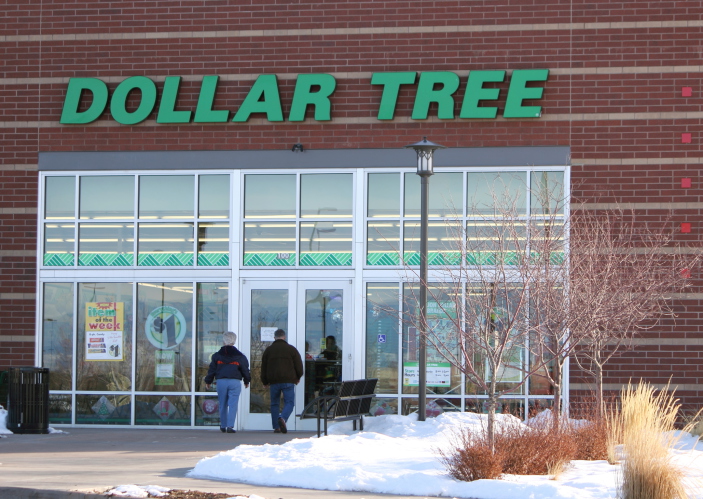 Dollar Tree (NASDAQ:DLTR) is massive retailer specializing in the operation of stores that sells everything for a dollar or less. Yes, this discount bargain basement priced company is indeed a Fortune 500 Company. It operates approximately 5,080 stores in forty-eight states and five Canadian Provinces as of May 3, with total retail selling square footage of 44.0 million. The stock has been a boon for shareholders, returning over 300 percent in the last four years. Today, shares are rocketing higher. An investigation into the recent performance provides evidence as to why traders are piling back into this stock.

CEO Bob Lasser stated, “Our first quarter sales grew as the result of increases in both traffic and average ticket with our discretionary business growing slightly faster than consumables. Leading categories during the quarter included candy, check-out products, stationery and seasonal merchandise for Valentines and Easter. Our stores are currently filled with a balanced mix of consumable products and exciting variety merchandise for Summer Fun. Inventory is clean and fresh and our associates are focused on providing a great shopping experience for every customer, at every store, every day.”

In summation, Dollar Tree is firing on all cylinders. It has delivered a record quarter for sales and have guided their estimates higher for fiscal year 2014.With the stock trading at $54, it is still at a reasonable twenty price to earnings multiple. I would like to see the stock come back a little before recommending a position, but I see the stock moving substantially higher. I also would like to see the company pay a dividend in the future once its share repurchase program is complete.

Disclosure: Christopher F. Davis holds no position in Dollar Tree. He has no plans to initiate a position in the next 72 hours. He has a buy rating on the stock and a $63 price target.