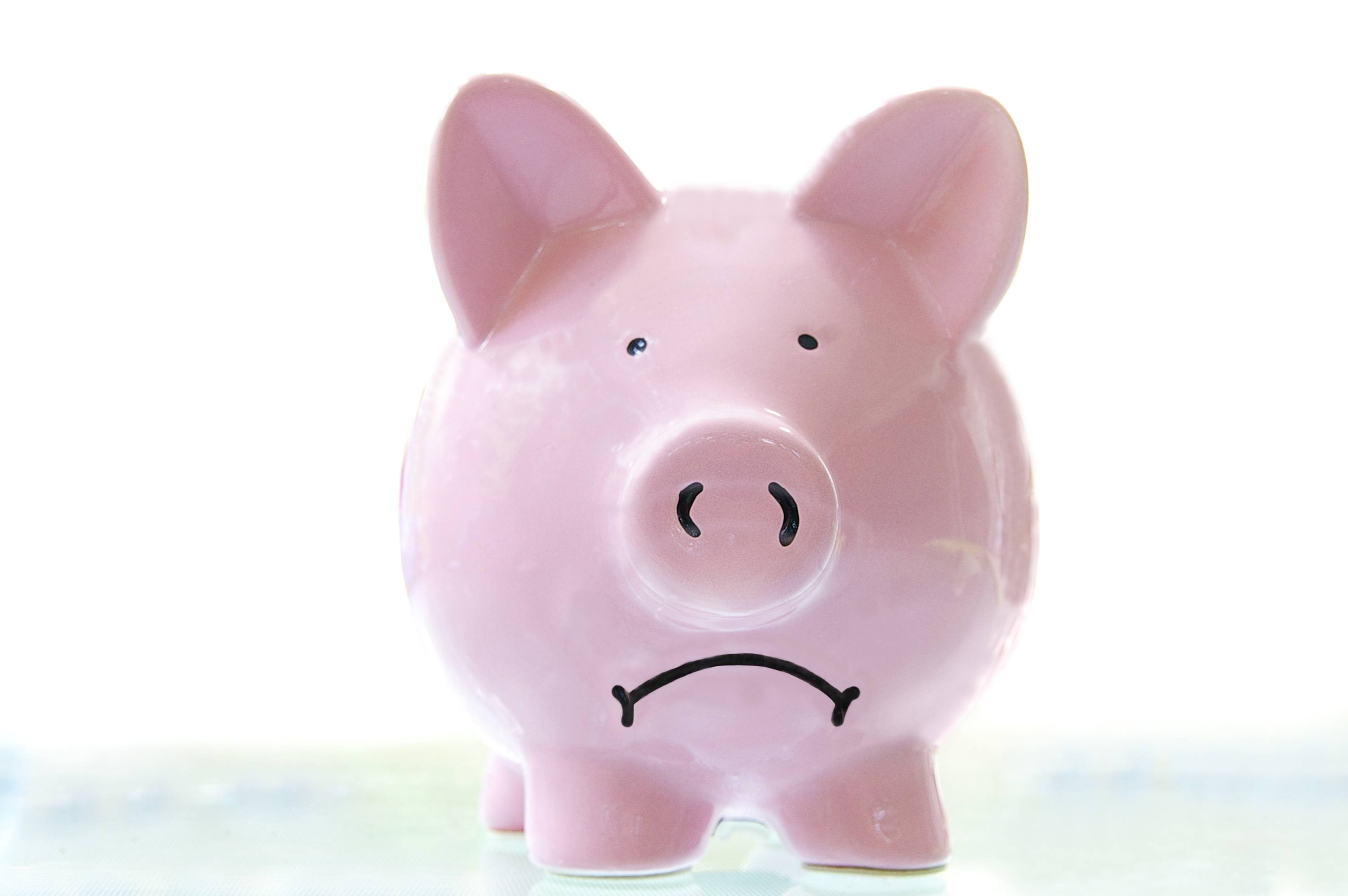 Most Americans didn’t get a decent raise in 2017. | iStock/Getty Images

For the umpteenth year in a row, most Americans haven’t gotten a raise. Well, an effective raise may be a better way to phrase it. It’s no secret that wage growth has been sluggish and stagnant — just ask anyone in the middle-class. It’s a complicated issue without an easy or effective answer. And even as the economy has modestly improved over the past several years since the Great Recession, there are still lots of households who have been “left behind.”

That means that they’re still not catching a break, economically. While the stock market has soared to record heights over the past couple of years, the average American is still waiting to see something trickle down. Businesses are generally doing well. The rich are getting richer. And yet, on the bottom and in the middle, people are still fighting to get to the next paycheck. Unemployment, too, has hit lows we haven’t seen in years — but just getting people back to work hasn’t been enough.

Why aren’t people seeing raises? Is this the new normal? Again, these are questions that don’t have easy answers. But even with the election of President Trump, who ran on a campaign of “fixing it” — by “it”, he largely meant the issues facing middle-class households — we haven’t seen much in terms of a “trickle-down”. The gains made at the top, we saw under President Obama, have continued, however.

A recent report from Bankrate confirms that we aren’t out of the woods yet — despite stock market gains and good employment numbers. In fact, that report shows that most American workers didn’t see any wage gains between 2016 and 2017. And for a certain segment of the population, the chances of receiving a raise was even lower.

First up: Who did and did not see a pay increase over the past year.

Most people didn’t see a wage increase in 2017 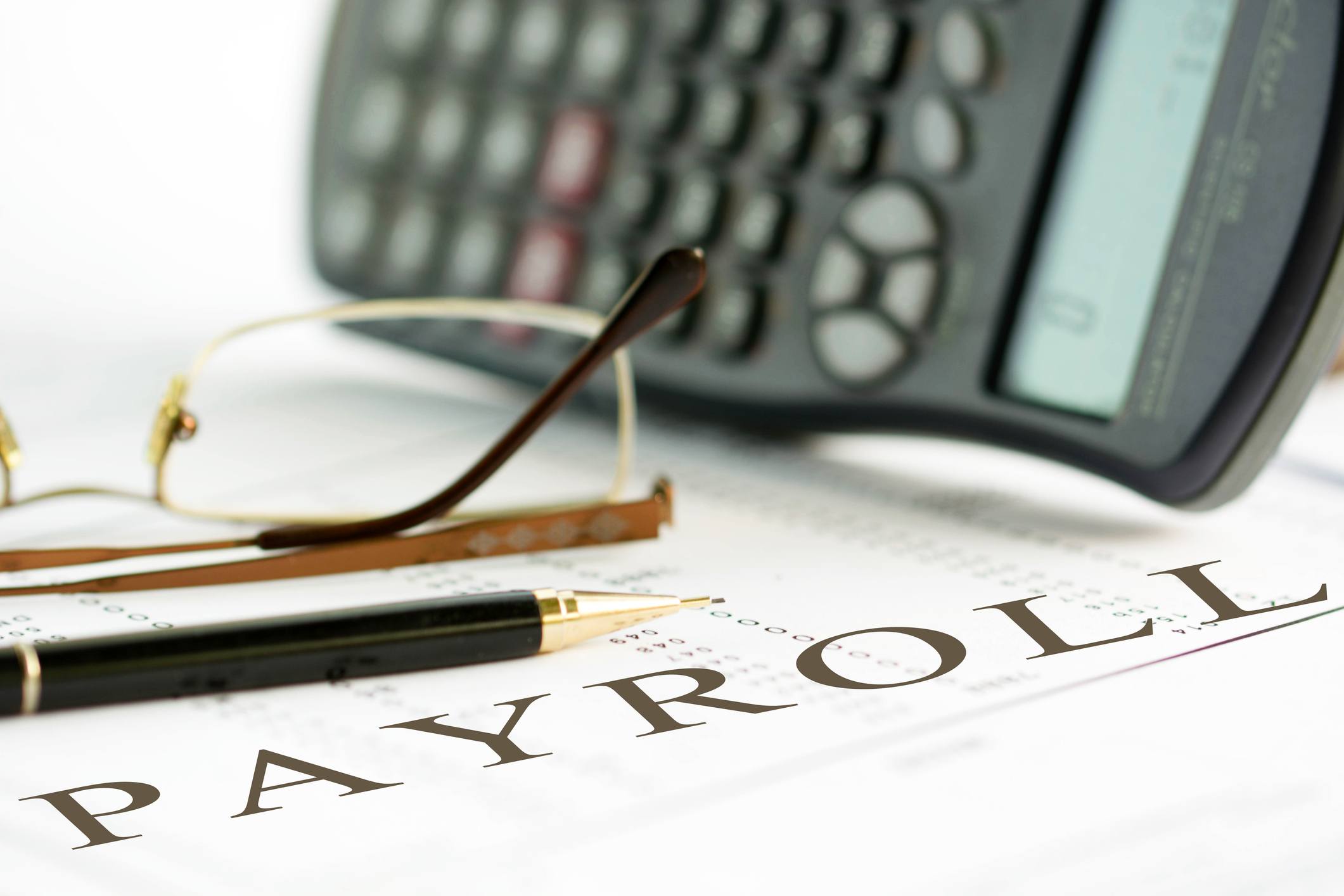 Wage stagnation has been a theme for years. | TheaDesign/iStock/Getty Images

As Bankrate’s report shows, 52% of American workers did not see their wages effectively increase in 2017. This is yet another link in a long chain that stretches back for years, in terms of wage stagnation. “In all, 38% of workers received a pay raise at their current job in the past year and 18% got a better paying job,” Bankrate’s team writes. “This includes 8% who got both a raise and a better paying job during that time. The underwhelming statistics coincide with the Labor Department’s latest employment report stating average hourly earnings are up just 2.4% over the last 12 months.”

But there’s one more important element to take a look at — one that may have lowered your odds of getting a raise altogether.

Next: One important factor that may have lowered your odds of getting a raise

One thing that made it worse: Age 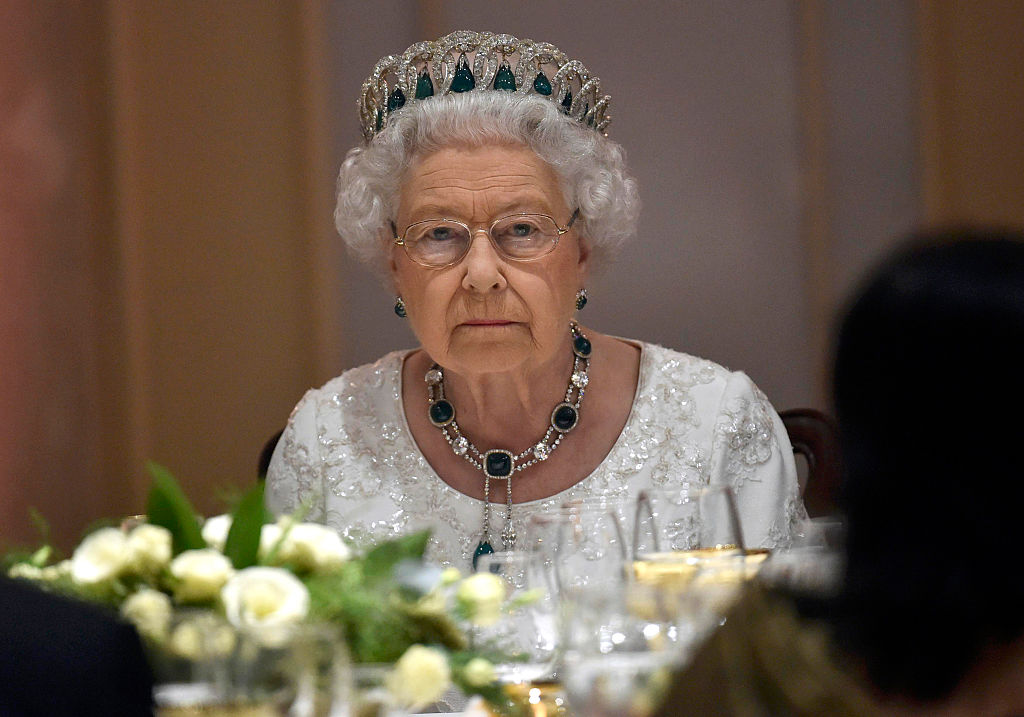 More from Bankrate: about two-thirds (64%) of those ages 53 years and up did not see a recent wage increase via a pay raise or a new job, compared to 47% of those who are younger.” So, if you’re over the age of 53, things are looking even bleaker. There was some good news for younger workers, though, who seem to be getting raises at a higher frequency. Still, though, we’re seeing little progress in growing wages society-wide.

Why is that? What’s the main culprit? There are a few to choose from.

Next: Why are so few seeing pay increases?

Where is your raise? 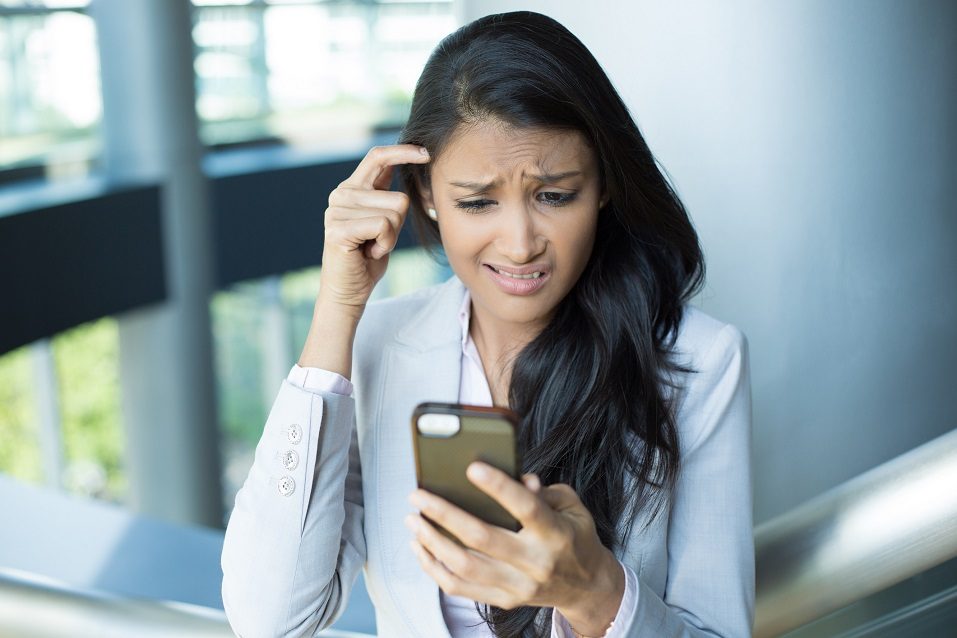 The main reason people aren’t seeing an effective raise in their pay is due to inflation. For some time now, the inflation rate has kept up with wage growth. For example, if the inflation rate for 2017 ends up being 2.4%, and wage growth ultimately turns out to be 2.4% as well, you’re left with a no net increase. But inflation isn’t the only spice in the mix. As the cost of living has crept up over the years, people are paying more for transportation, food, and housing. All told, it can make it feel like you have less, even if you’re earning more.

With that said, is there a recipe to spur wage growth that will outpace inflation?

Next: What can we do to fix wage stagnation?

The recipe to raise wages 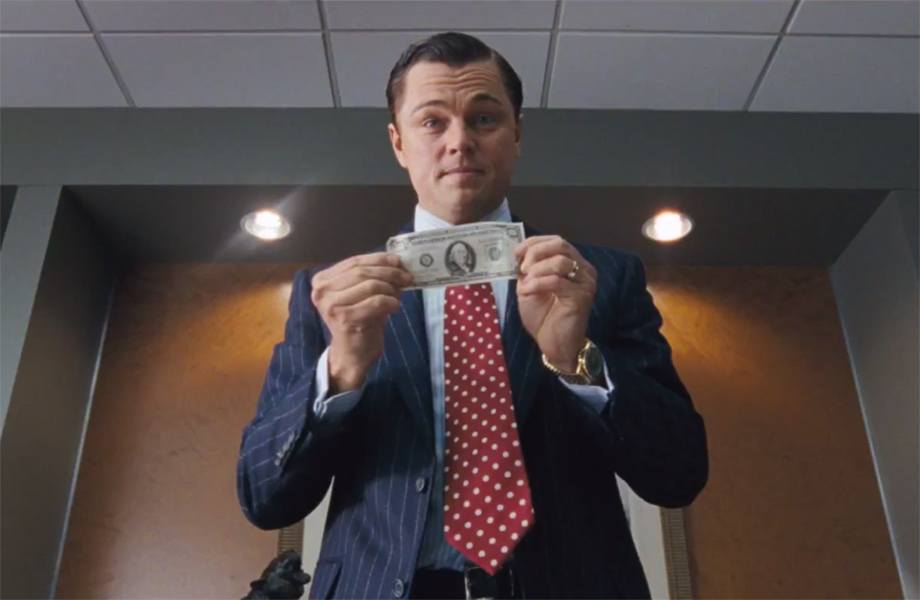 How can we increase paychecks? | Paramount Pictures

As mentioned, there’s no silver bullet for slaying the monster that is wage stagnation. People need bigger paychecks — it really comes down to that. The question is how do you make that happen — or even if you can make it happen. Policy plays a role (we’ll get to that in a minute). But there may be some bigger structural issues at play.

A report from the Brookings Institute has this to say on the topic:

“For wages to grow on a sustained basis, workers’ productivity must rise, meaning they must steadily produce more per hour, often with the help of new technology or capital. Further, workers must receive a consistent share of those productivity gains, rather than seeing their share decline. Finally, for the typical worker to see a raise, it is important that workers’ gains are spread across the income distribution. If wages are rising but the increases are all going to the best-paid workers, the typical worker doesn’t see a gain. Two of these conditions have not been met, which explains the fact that productivity has risen while the median wage has barely changed.”

How can we meet that third condition? Specifically, how can we see that gains are spread more equally across the income distribution?

Next: What the government can do. 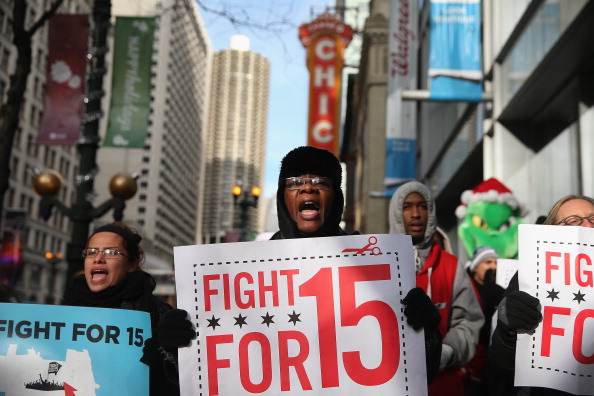 The minimum wage is a factor. | Scott Olson/Getty Images

The minimum wage is another element. It hasn’t seen a real increase, at the federal level, in years. That means that inflation has eaten up the earnings of those working for low wages. And we can’t ignore the overarching economic trends related to globalization. While we largely benefit from a more connected world, some workers have suffered. Jobs have moved overseas, and parts of the country haven’t been able to adapt.

Next: What can you do to raise your income?

Your role: What can you do to earn more money? 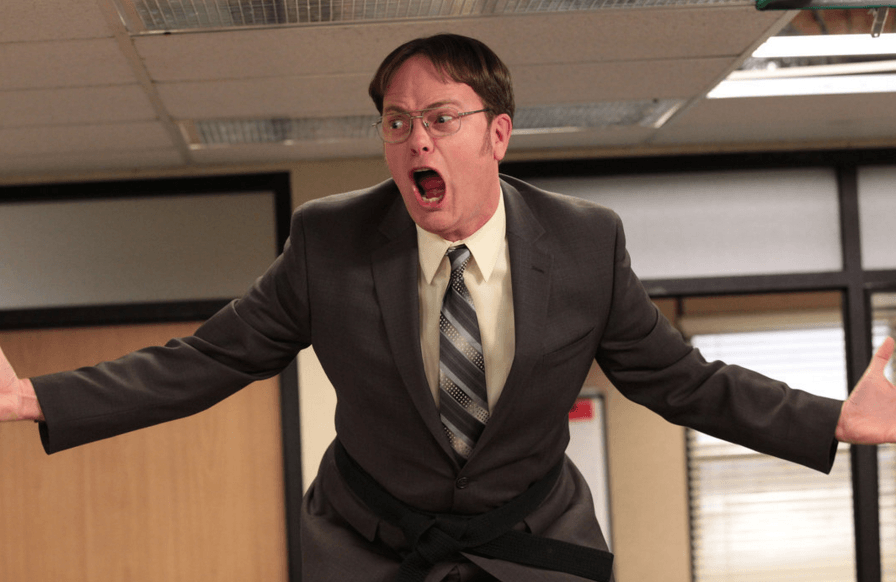 If you’re one of the 52% of Americans who didn’t see your pay increase this year, what can you do? The easiest answer, as revealed by Bankrate’s report, is to get another job. While millennials are typically the ones associated with job-hopping, older workers may benefit from finding a new job more than anyone. Of course, there are a lot of barriers and obstacles — and finding a new job isn’t as easy as just visiting the “job tree” and picking one off a branch.

But there are growth industries. Some jobs are disappearing, while others are taking their place. You can get ahead of the curve by retraining or by getting certified in a new trade and set yourself up for success. If not, you might be stuck hoping for your boss to give you a raise out of the goodness of their heart. It could happen — but you probably don’t want to bet on it.

Finally: What you can do, right now, to shield yourself against falling incomes.

The best thing to do in the meantime 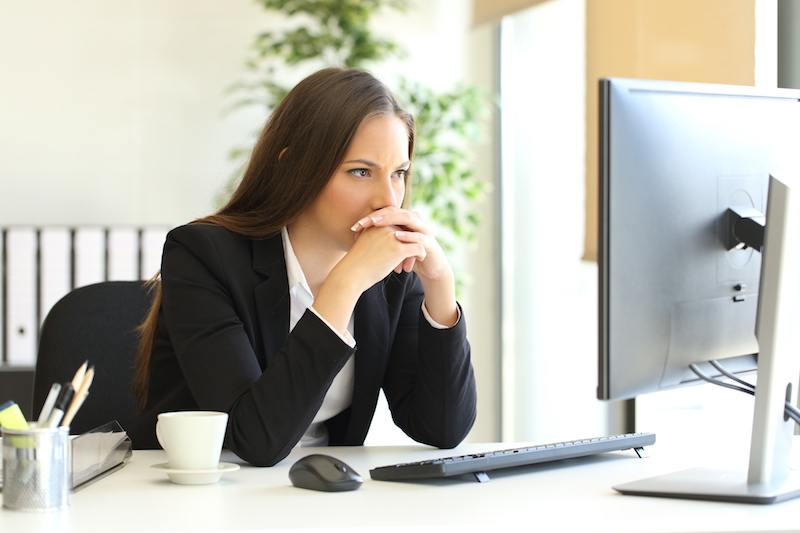 Retool your budget, and stay on top of economic trends. | Antonio Guillem/iStock/Getty Images Plus

If you decide to look for a new job to try and jump up on the pay scale, good on you. Good luck. But it takes time and a lot of effort, for the majority of people. In the meantime, read the economic tea leaves and get familiar with what’s going on. You may know that your effective pay is falling. One thing you can do right now? Save more. Retool your budget and start stashing away whatever you can. Or, at least bump up the percentages you’re saving. This will be a bigger challenge for some households, but in terms of taking immediate action, saving more is the simplest step you can take.